from “The Last Will and Testament of Said Gun” 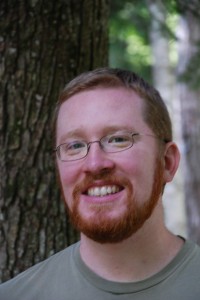 Andrew Grace is the author of three books of poems, most recently Sancta (Ahsahta, 2012).  Sections of his manuscript-in-progress The Last Will and Testament of Said Gun are forthcoming in The New Yorker, Kenyon Review, Missouri Review, 32 Poems and Poet Lore.  Other work is forthcoming from Southwest Review, Passages North and Cortland Review.

These are the objects that have meant the most to me in my life:

It was the same model Ty Cobb used. Cobb’s mother killed his father as he was sneaking through the house trying to catch her in the act of infidelity. She mistook him for an intruder and shot him with a pistol. In honor of his father, Cobb played baseball like French Foreign Legion. On May 15, 1912, a man heckled Cobb from the stands, insulting his mother. After the sixth inning, Cobb went into the stands and confronted the man. The man was missing one hand completely, and the other only had three fingers. An industrial accident. Cobb beat the man almost to death. Witnesses claim that as he walked away, he said, “I don’t care if he got no feet.”

I dreamt I was Ty Cobb. I walked in the woods and inhaled the scent of fir as a slashing, swashbuckling despot. I was Ty Cobb catching a fish with my bare hands. I started small fires and huffed the black whorls of flame. I tied rocks to my ankles and ran as fast as I could so that when I let the rocks loose I felt like a surrogate of the wind. I bullied my shadow home under a sky of wrath. I twisted glass jars onto the heads of stray cats and broke the glass with a wrench and cat would always look at me with wild gratitude. I stole mice from the snakes and fed them to kittens. I did pushups with seven varieties of spider on my back. If I was afraid of the dark, I’d become the dark. If I walked far enough from home, and looked back, and squinted my eyes, I could imagine an Ice Age, the clouds as glaciers and my house as the landscape’s lone buffalo and I would creep up on it through the wheat as if I was Ty Cobb with a knife in his mouth, ready to disembowel the animal and sleep inside of it to keep from freezing in my very own Arctic, I, Ty Cobb, breaker of weaklings and self.

The book was part of the west wall of the machine shed. The wall had been broken by a heifer driven mad by her weening calf howling for milk across the pasture, and my father patched the hole with rotting books roughly painted over with mortar. After a few years the books began to buckle, one volume at a time dropping to the dirt floor. This one opened directly to the periodic table. Looking at it made me feel like a miraculous collection of particles. Like I was not made of my father and mother, but the rich molecular alchemy that also made owls and the Sahara and lindens. It felt like I was reading my autobiography. I hardly understood its terms, what made a gas noble or refractory, but I knew that the world was complex beyond what I had ever suspected. In school, our science teacher had blackened fingernails and his chief concern was measuring animals through increasingly unorthodox means. One horse was 16 hands high. Another was 57 starlings long. One stray cat was thinner than a dictionary. I carried the periodic table in my back pocket for three years, until it was illegible. I dropped out of school and farmed with my father. At night we would hold our palms up to a flame to warm the pain out of our joints. The quiet of our house was enormous. “Remember children,” my teacher had said, “there is nothing in this world that you can’t measure with your hands.”

It looked like Dick Tracy’s gun, but we used it to kill vermin. I taught my wife to shoot. She could put a hole in a groundhog’s eye from fifty yards. I rode the rails in my twenties, and ever since I’ve been used to having a gun never more than a body length away. I married late, and she lasted ten years before her heart turned into a bird’s nest shredded by storm. Like the Colt, my wife had no recoil. She could look into my eyes and see the dark boss making his lists on the inside of my skull. But she slept by me, with me, and never asked questions. Her nickname for the groundhogs was “greasy citizens,” which she told me was from Shakespeare, and after she’d shoot one she’d say a little prayer under her breath that I never quite heard but it had nothing to do with forgiveness. It was my job to keep the gun clean. Hemingway said that the Woodsman would kill Joe Louis, or any horse, since what will kill a horse will kill a man. Hemingway chose to kill himself with a double-barrel 12-gauge shotgun, about which my wife, were she here now, would have told the following terrible joke and then stood up at the window to watch the deer pass like refugees into the curtain of mist beyond the orchard. “Overkill.”

They call it a duck blind because, once inside, you stare at the sky for so long your eyes cannot go on. There is a finite amount of blue one can take before he rejects all but the bliss of black. Below is a pond edged with ferns and brambles. In the pond there is a fake duck, which has inside of it a transmitter that emits loneliness. Other ducks that have been flying for hundreds of miles sense the lonely duck and descend. I have never used a duck call in my life. The loneliness of the wild duck is enough to bring them down. The decoy’s body is made of Tupelo wood. Its eyes are tacks. The live ducks do not come to cure the stranger, but to gather their collective loneliness in the same pond whose acoustics make of their muttering a song. They sing an ugly song together. All of the ducks take to the sky at once, all but mine. As they rise, I shoot them. The crosshairs of my gun are made from the silk of the brown recluse spider. Its loneliness is the greatest, for it can only say, Come in, Come in, Come in. I have been alone, holding my gun, for hours. This is not a type of loneliness, but rather, a type of thinking. I stare at the sky and circle high above my life. In the blind, I chronicle what I’ve seen.