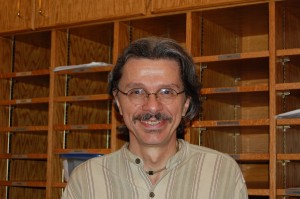 Up that grade had never seemed so long, around switchbacks in and out of moonlight and cliff shadow. Doing it on a full-moon night wasn’t such a bright idea. Maybe Lance wasn’t thinking right.

Tilton didn’t consider that somebody might see them; he was the one who didn’t want to see. The thing in the back seat came closer every time the moon crept into the car. It drew away in the dark when the moon slid across the seat and out the window.

It was like he was still just thinking about doing it, what it must be like to use the hammer, but what he had thought about was done, mostly as he had imagined: the shop on the edge of the neighborhood where the open country began, the houses separated by pastures, sheds, maybe a tall board fence. Moonlight made shadow bowls out in the prairie depressions, cast barns and houses into black shade, threw its pallor over roofs and gardens.
. . . . . .

He couldn’t take another summer in that desert mill town playing American Legion ball—sit around all day (it’s 110˚ anyway), then suit up and play away the cool of the evening with boys who couldn’t imagine doing anything else, get to bed by eleven, then practice the next morning or mow some lawns. Better that he and Lance kill Mr. Kern for the thousand dollars apiece Mrs. Kern said she was going to pay. His grand was enough to start college in the fall.

Mrs. Kern—Sandy—met Lance through his sister Loraine, who told Sandy that Lance was looking for work but didn’t seem like he was going to amount to anything if he didn’t go into the military so they could make him all he could be. Sandy said maybe she could find him something to do. She married Vernie Kern five years ago when he was fifty-six and she was thirty, and thirty-nine pounds heavier. They met at an Air Force Band concert in the park on Sunday afternoon. She only went there with Loraine who had to find some way to entertain her mother when she took her out from the nursing home. Vernie asked her if this music wasn’t something, and she told him it sure was. Having a boyfriend (even one who wore a bow tie) at least got the men at the bullet factory where she had worked since high school to stop joking about getting her rolling and burning up the brakes. She quit and married Vernie when he told her that his wife wouldn’t need to work. Since then, she had revived the girl she was at twenty, when she gave the men at work as good as she got on a Saturday night.

Tilton guessed it must be true what they said about women reaching their sexual peak at her age, cause Lance sure paid attention to her. He thought about how good she looked that morning when they met her in the park after her run, the little wet patch at the neck of her t-shirt above where it swelled out over her breasts. She told them that she would be out tonight (her friends knew her husband hated going out), so that was the time to do it. Even as hot as it was, she looked comfortable.
. . . . . .

Sometimes when Tilton mowed the lawn, Mr. Kern took him into the house and gave him a Pepsi. Once, Mrs. Kern asked him if he didn’t want something a little stronger like she was working on. “I guess not, ma’am,” he said, “I got baseball in a little bit.”

“Can’t you kids find anything better to do?” she asked and tousled his hair. “You’re just like Vernie, happy to die in this hole of a town. Your buddy Lance, now, he’s got some ambition. He’d do anything to get out.” Lance told him that after this all blew over in a couple of months, he and Sandy were leaving with the old man’s money. She had it all worked out.

Tilton wondered if she had come home yet. She’d park her pale blue Miata in the driveway behind her husband’s Crown Vic and walk straight for the side door. She’d change her shoes, have a drink of water, then stroll to the workshop out back to find blood everywhere and her husband missing. Maybe she’d already called to report the senseless deed: Where was he? She was going crazy. Then Tilton realized they had only done it ten minutes ago. The moonlight slowed everything down.
. . . . . .

Mr. Kern liked to tinker in his shop late at night. Summer before last he sharpened Tilton’s mower blade and said he had “put an extra-sharp edge on it to get a young fella started.” The noise of the grinding wheel made it easy to come up behind him. Tilton half expected the old guy to turn around and offer him a Pepsi. The blows made muffled thuds, like a ball landing on the warning track. He didn’t expect Mr. Kern’s little-girl sigh.

Then that was it. He wanted to run outside where there was no red, with the driveway shining on one side and the prairie rolling in moonlight on the other, but Lance said they had to hide the evidence—no body, no crime.

So here they were climbing that twisted road, and the pallid gleam came back into the car. Mr. Kern’s foot thumped against the door around the curves. Lance turned up a rutted track onto a bluff bright above the town’s dark pit of eyes. Tilton saw it was a beautiful night. None of the other guys would be up this late. Through the veil of moonlight it was like a dream that would be gone in the morning. Soon he would start college! As he got out the shovels and gave Lance a hand with Mr. Kern, even the dirt sparkled.