Writing Place, the Place of Writing 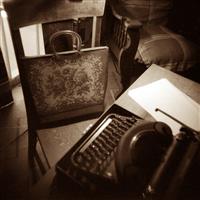 1. It’s easy to agree, given the context, with Theseus in A Midsummer Night’s Dream when he claims that poets give to airy nothingness a local habitation and a name.  This perspective implies that stories (and plays and lyrics) are born in imagination but then have to be grounded in reality – location, location, location, which includes everything from locution to lactation to locomotion.  Place has to be rendered, and I’m constantly reminding my students to set their stories in consistent, precise, specific and credible sites, attending to matters of architecture, weather, flora, fauna, custom, labor, religion, root and fruit, music and vernacular and recreation.  I continue to believe it’s valuable, if incomplete, advice.But more and more I find myself asking them about their own indigenous locale, not just the latitude and longitude and traffic patterns, economics and ethnic mix, but the taste and smell of it, the harmony or cacophony of its resident sounds and the music and food, politics and the color of the air.  After all, these are elements that I have to keep reminding myself about, as well, concerning my present, past and imagined stomping grounds, the authenticating grit, ribbons of mist in the valley, raccoons scattering garbage and neighbor children shrieking past sunset in their chlorinated pool.  The dead honey locust outside my bedroom window and the bluebird that sentries there.  “From” is often a connotationless connector, but it is a “preposition,” a word which displays “position” for all to see.  Whenever I get back, either geographically or imaginatively, to one of the few places I know in my bones and can say, “I’m from here,” I feel a surge of creative strength, perhaps like Antaeus.  I’m in position to do something.

2. Rob McDonald’s photographs in this issue were selected to return our attention to the landscape and close haunts, the places and positions of a few prominent writers, some of them like Flannery O’Connor and Zora Neal Hurston longtime household names, others like Breece Pancake not yet widely known outside their own regions and the community of writers and critics. Some zoom right in on the very homes of their subjects – a door, a set table, a writing desk – while others address atmosphere and topography. All are washed with a quality of dream, and to my mind, all whisper “come hither” or “watch yourself” or some combination. If art begins, as Auden and others have said, with noticing, Rob has noticed and given notice of these sites and items, which doesn’t mean we believe the ultimate secrets of the writers can be mined there or even that the crucial clue is this extra-textual survey. But we’re a curious species, and after we’ve supplied our eccentric imaginative images, we want to correlate them with some “real thing,” though we’re not likely seeking the objective or true so much as someone else’s carefully conceived and executed “take” on the places and the things of a writer’s life. Rob McDonald has given us exactly that, and I urge readers to seek his work further in other venues (www.robmcdonaldphotography.com).

3. We all have given ground, place of birth, place of nourishment, and even if we’re not writers, people we meet want to know where we’re from, as if it were a crucial clue to our personalities. Some writers, like Robert Penn Warren, a Kentuckian who lived long in Connecticut, eventually chose to flee their origins so as to attain aesthetic distance. William Styron found New York City and Nazi Germany fertile soil for his characters to grow (and suffer) in. Others, like Harper Lee and Flannery O’Connor (for different reasons), occupied native place like guardians, or even spies. Faulkner had his postage stamp of real estate; Melville formed many of his characters from his native soil but took them to foreign places his own wandering spirit had led him. O’Connor’s mother could never quite fathom where her daughter, who lived most of her life in the bird sanctuary of Milledgeville, Georgia, encountered the characters of her stories, people Regina O’Connor often found unrecognizable, like species not quite indigenous to the territory of red clay, mimosas, morning glories, shrimp cocktail, revivals and goobers and corn. Yet even today, the vague silhouette of O’Connor types is discernible in that zone, though the people in her stories were hybrids, seen at once with her ruthless realistic eyes and with her philosophic and tragi-comic imagination. I can even find one in my mirror some days, whether I’m in central Georgia or not.

How does place of origin affect identity, style, attitude, aptitude, altitude? We don’t have any definitive answer, don’t want one, and the ethnologists and psychologists, despite their endless dispatches from the front, have reached few conclusions, but we all love to speculate. Yet the old jokes do stipulate: everybody’s got to be somewhere. For that to happen, we have to be from some place, and that “from” will leave its marks. However, the ways a writer employs and subverts these imperatives are as varied as the ways a crystal can form. (I was told back in school that’s 167 ways; no doubt science can now point to myriads more.)

4. When I ponder this subject, two slender volumes come to mind, and they arise from two very different but kindred minds: Seamus Heaney’s The Place of Writing and Eudora Welty’s On Writing with its seminal essay “Place in Fiction.” I need these reminders, as I can’t wholly shuck off my undergraduate notion that — among theme, plot, character, point of view, conflict and setting – setting was the least of these. Why I thought that would be the case in stories (for it’s surely not the case outside of them), I can only chalk up to laziness and naivete, which run hand in hand in my tribe.

In her essay, Welty assures us that “It is by the nature of itself that fiction is all built up in the local.” Like politics. She continues with thoughts about the relationship among identity, mystery and place, but she’s practical, as well, defining place in fiction as “the named, identified, concrete, exact and exacting, and therefore credible, gathering spot of all that has been felt.” And on the surface (which is never merely surface): “Before a novel can be steadily alight, revealing . . . ,” it must present “a continuous, shapely, pleasing and finished surface to the eye.” Perhaps the core of the issue, however, is this: “the spirit of things is what is sought,” and the path to that spirit is through place, making location “the ground conductor of all the currents of emotion and belief and moral conviction that charge out from the story in its place.” And she knows that neither character nor author can go to some place unless she is first from.

5. In his introduction to Heaney’s The Place of Writing (originally presented as the Ellmann Lectures at Emory), Ronald Shuchard remarks how “the aura of place imposes itself on one poet’s imagination,” serving to “liberate imagination and darken consciousness.” Welty’s similar insight is that places choose us as much as we choose them, and pretty soon it’s clear that literal place and symbolic place get woven into the braid of a writer’s consciousness. Heaney examines the sense of place in Yeats, Montague, Muldoon, Longley and others, finding that place must be named and known, but never wholly deciphered. In my favorite of the essays, “Cornucopia and Empty Shell: Variations on a Theme from Ellmann,” he discusses an Irish genre or sub-genre, the dinnseanchas, a poem that explores the question of how a place received its name. Addressing John Montague’s “Mount Eagle” (which is a poem named for a place), he considers the way that origin and speech are related and the fashion in which Montague “triumphs over the handicaps of self-consciousness.” Landscape and a sense of steady belonging overcome the winds and whims. The eagle indigenous to that site, the symbol of “poetic destiny,” “rehearses old motifs of attachment and affection, and equally freely plays a music of detachment and subversion,” which reminds us of all the shades of response a writer may have to his place, all the ironies of allegiance and interrogation.

It seems to me this is the most inviting mode for considering a writer’s place – its gifts and its price, and the ways they alter with time, space and angle of perception. At least this is a place to start, a position to start from.

2 Responses to Writing Place, the Place of Writing