Maddie Schaffer is a junior at Washington and Lee University.  She interned with Shenandoah in the fall of 2016. 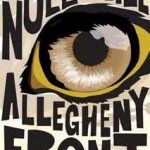 Matthew Neill Null, recipient of the Joseph Brodsky Rome Prize, among other accolades, follows up his novel Honey from the Lion (2015) with a collection of short stories entitled Allegheny Front (2016). Though his time is now split between Provincetown, Massachusetts and his native home of West Virginia, there is no question which location had its influence on the collection of stories. The mountain heritage and unique regional characteristics are vividly painted throughout each story and his expertise is never in question. Null’s use of native jargon and region-specific activities of hunting, fishing and rafting immerses the reader in the lifestyle of the natives through stories depicting rural life in the 20th century (with a few exceptions) and the reliance on and connection to nature. In this collection, readers will find themselves in the rural backcountry of West Virginia, whether it’s with a plow salesman or a fish researcher, and will gain the perspectives of the rather ruthless, male-dominated, and harsh life these people lead.

While most of the pieces in the collection follow the trials of the native peoples’ lives, three of them fail to fall into place with the others. “Natural Resources,” third in the series, is one of these. The essay style account reads as an informational piece on the black bear population in Tuscarora County and contains no main characters, climax, or traditional plot. The collective lives of the bears — from their decline in numbers to protected, then overpopulated, and back to scarce again — are used by Null to depict the way of life of these people; describing the bear spectacles attended by folks from all over as “…the poor man’s safari.” Though there is no focus or connection to a main character in “Natural Resources,” Null is able to generalize these peoples’ ways of life, excusing that “In the country you make your own fun,” referring to the bear chases that were for sheer entertainment. The lack of connectivity to the reader due to the absence of characters, plot and climax gives the impression that this piece is unfinished as well as unnecessary to the collection, as it does not positively contribute to the set. 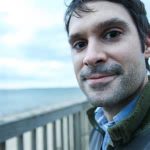 “The Island in the Gorge of the Great River,” sixth in the series, is another piece that fails to flow with the rest of the stories. Not only does it seem disconnected from the others in terms of theme, erring more on the side of mystical and romantic than realistic, it lacks the deep-rooted rural nature that the other stories prominently display. The grimness of the isolated island on the other side of this “…brute river, the New, so unruly that the coal had to be hauled out by rail,” where the sick and dying are rowed across and isolated, contributes to a small-town-in-Europe-during-the-black-plague feel rather than somewhere in the Allegheny Mountains in the 1890’s. The story lacks the key indicators of jargon and nature so prevalent in the other stories. The only regional hints the reader gets are from names like John Drew and Burl, and the imperfect grammar and use of “them.” For example, “I feel bad for them people. I do. But the county’s damned foolish. People use that water. My God, them nurses washing and burning rags and burying, and just hells of people downriver.” Even the dialect lacks the distinct tones found in the other stories.

The second story in the collection, “Mates,” successfully combines nature, animals, activities and personalities that are all common to the area. It is more successful than others in the collection in creating empathetic characters while also helping readers gain better insight into what life in the Alleghenies is like. Sull Mercer is a native of the area and is more grounded in his ways than the trees on his property. His life of hunting and religion, and his lack of care for and understanding of the world outside his own, serves as a good guide to understand the natives values and priorities. The firearms terminology throughout the piece, how the .270 is “scoped with a 3×9 Leupold…,” shows how integral and necessary hunting is to their lives, a vast contrast to the urban world today. The cynical and stubborn nature of Sull will enthrall readers and force them to walk in the worn boots of a true outdoorsman.

The most successful of the stories is the last one, “In the Second District.” The only story narrated in the first person, it effectively connects the reader to the characters’ thoughts and feelings on a deeper level. The story follows Roosevelt Daugherty, the son of the county chair for the Democratic party, who is facing an identity crisis similar to one seen in an earlier story “Telemetry”; knowing where one’s roots lie, but wanting to sever them. At times Null struggles with wording, creating accidental and out of place puns like “His face was red as his beard. Gingerly [my ital.], Conner unlaced Andy’s boot and slipped it off him.” These awkward descriptions and word choices don’t detract from this story nearly as much as they do from others, which could be credited to the use of the first person.

Though at times the flow of the collection is disrupted by the lack of cohesion between stories, Null still successfully submerges the reader into the adverse culture that is the Allegheny Mountains of West Virginia. For those looking to traverse through the woods into a world different from their own, and don’t mind a few rivers and logs across their path, Allegheny Front would make for a fine read. Null tried his hand at a difficult task in the matters of culture and language, especially as such a young writer, and it is an indication of even stronger books to come.