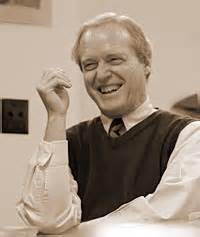 David Huddle hails from Ivanhoe, Virginia and served as an enlisted man in the U.S. Army in the Sixties. He is widely published in journals and has to his credit eight collections of poetry and eleven books of fiction, in addition to one essay collection. La Tour Dreams the Wolf Girl (2002) and The Story of a Million Years (1999), both from Houghton Mifflin, are his most widely known novels, and his poetry collections include Glory River (LSU, 2008) and Blacksnake at the Family Reunion (LSU, 2014). He is an artful performer of his work and a frequent guest poet at colleges.  “Courting” first appeared in Shenandoah 56/2.

When a man loves a woman in Glory
River, she runs like fire if she knows what’s
good for her – & most don’t, we admit that much –
because any boy grows up here gets Ugly

for his middle name. our boys don’t know how
to take a girl to Hester’s Drive-in & hold
her hand or call her up & tell her she’s
pretty or just plant a soft little kiss

right below her earlobe – that’s not the way
we do it. We take her for a ride & jack
the truck up to a hundred, scare cold sweat
out of her, then run a hand up her shirt

& get slapped good. Timing’s got to be exact.
Look at that moon, we say in dulcet tones,
jerking a thumb – Got my guitar in the back.
Thought maybe you’d like to hear some George Jones.