The Bluebird, Singing, Leaps into the Sky 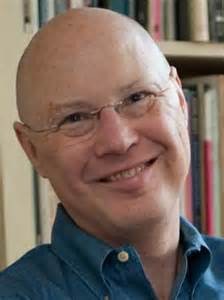 Andrew Hudgins, who was born in Texas, was raised in Alabama but has taught at various universities around the country, including Baylor and the University of Cincinnati. Although he has published three collections of essays, he is most widely known as the poet of Saints and Strangers (Houghton Mifflin, 1985), The Glass Hammer: A Southern Childhood (Houghton Mifflin Harcourt, 1998) and American Rendering: New and Selected Poems (Houghton Mifflin Harcourt 2010). Hudgins is also a humorist and trickster, who has won the Poets’ Prize and was a Pulitzer finalist). “The Bluebird, Singing, Leaps into the Sky” first appeared in Shenandoah 59/2.

A dove erupts from brush. The hunter
swings, fires. In the glare,
a bluebird sweeping past the dove
crumples in mid-air,

while the dove beats on, undeviating.
“What the hell is wrong with you?”
his son grumbles. “An easy kill!”
His father tells him the blue

bird’s magic blood splashed on the dove.
In the brief sinking glide
between the beating of its wings
the dove died and un-died,

and, not knowing it had died, flew on.
The boy snickers. He doesn’t
believe this crap. Who would? The father
shrugs, and, his voice urgent,

rousts his tired father from the truck.
They crash through Queen Anne’s lace
till the father finds the broken bird
and scrubs it on his face

like a bar of soap. He hands the bird
to the old man, who scours
with the feathered scrap, then tosses it
into the weedy flowers,

sumac and honeysuckle. The boy,
the forgotten boy, stares
at the raw clump while both men laugh
about aches and gray hairs.

“Do you feel younger?” “Not yet. Do you?”
A scream. They turn. The bluebird,
singing, leaps into the sky,
and from the sumac, bewildered,

running with outstretched blood-stained arms,
eyes shy and nearly wild,
there staggers toward them helplessly
the blue unborning child.