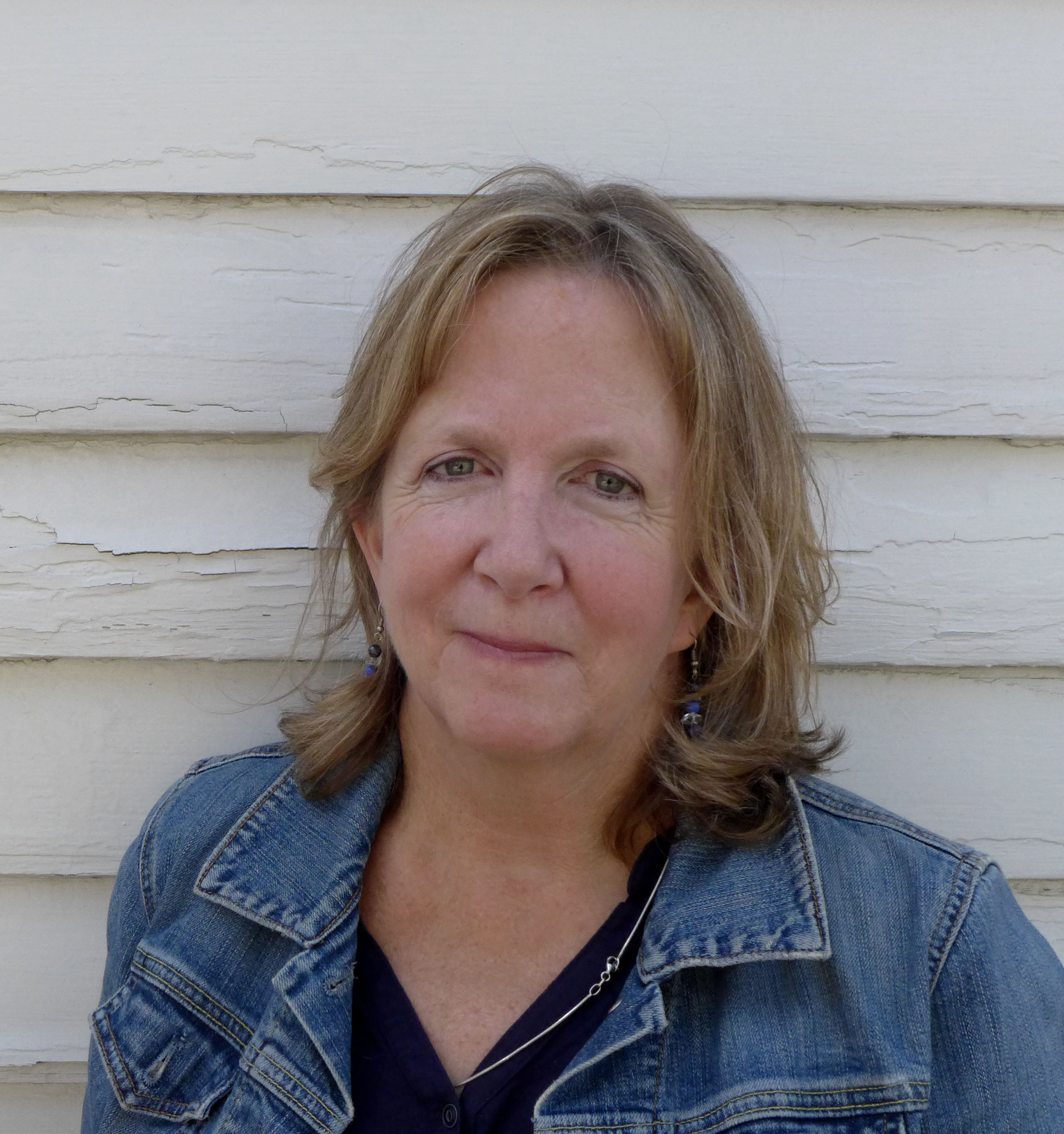 Emily Pease  has published short stories in Witness, The Missouri Review, Shenandoah and The Georgia Review. Her story “Tad Lincoln’s Ladder of Dreams” won the Editor’s Prize at the Missouri Review in 1999. For the past decade she has been at work on a novel about the last three weeks of Lincoln’s life. She is also currently at work on a collection of stories,  Love, After Nixon, and a collection of essays. She has been a finalist in the Mary McCarthy Prize, the Dana Awards, and the Faulkner-Wisdom Prize for a Novel-In-Progress. She teaches creative writing at the College of William and Mary.  Her story “Church Retreat, 1975” is the winner of Shenandoah‘s 2014 Bevel Summers Contest for the short short story.

After a long walk the two girls, named Lib and Jenny, began to get hot and sweaty, their sunburned faces dripping, so they took to walking in the ocean up to their knees. It was the first Saturday in April, so the water was still very cold, but after awhile even the water didn’t cool them down. They began talking of going all the way in. The beach was deserted at the north end, just one old motel, so no one would see.

She grabbed Jenny’s hand, and they ran squealing into the first set of waves, their skin suddenly goose-bumped, their hearts pounding. Lib lifted Jenny’s arm as they leapt together over a rough wave, then she lowered her down again, forcing her briefly under. Jenny came up sputtering, laughing, and they both went under—they were fully in now—so they let the water come up to their necks, their hair floating.

Soon Jenny began to complain that her shorts had stuck to her thighs, she wanted to undress. She stood and began unzipping, pushing her shorts down over her ankles, and then she pulled her t-shirt over her head. The cold sea slapped her nude belly. Lib squirmed out of her clothes too, keeping on her bra and panties, and she waved her t-shirt like a flag.

Back down the beach, where the rest of the church group lay sunning themselves and listening to a radio, no one missed them. They’d had breakfast followed by a devotional, and now it was free time.

A patrol of brown pelicans flew low over the ocean. From where he stood behind the glass door to his motel room, Davie Ellis watched them. Big brown birds. He blinked hard. Hueys coming in, a nine-ship lift in the jungle heat. He blinked again. Birds first, then choppers, then birds. He pulled back the door to his room, stepped out into the sand and saw: girls.

On the golf course earlier, the sun had burned his retina, leaving a fiery orange blot in his eye every time he blinked. He’d tried to see through the blot long enough to hit the ball down the fairway, but the more he blinked, the brighter the blot became. When the pin flag became a flare, he knew he was still a sick man. Even a golf vacation was fucking Vietnam.

The two girls were waving something. He should call his buddy Ned, now mixing drinks, but he didn’t want to share this. Not yet, anyway: the pale white skin, the wet long hair, the slender waving arms. He stepped back into the room to pour tequila over the melting ice in his glass. He gulped it down.

Out in the ocean, Jenny had had enough of swimming. “Oh gosh,” she said, “oh gosh, I’m freezing!” Lib looked at her and took her hand. “Your lips are blue, let’s get out.” They splashed onto the beach, where the cold air hit them.

Ned appeared at Davie’s room door grinning like a fool. He held a plastic pitcher in his hand. His own poison. “Jug monkey!”

Davie ignored him and kept watching the girls, who now stood face to face on the beach.

Davie took the pitcher from Ned’s hand, the odor of Evercleer and grape juice filling his nostrils. Hoping to clear his mind, he tilted the pitcher and drank.

Ned grinned. “What those girls need is a towel.”

Davie watched him go to the bathroom and bring out two skimpy white towels. Then he watched him head out toward the beach. Yellow shorts, madras shirt, thin calves, a bald patch.

He tilted the pitcher again and felt the jug monkey burn. Outside on the first dune sea oats swayed. Through blurry eyes he saw himself humping through swamp grass over a flattened trail. The air conditioning unit revved up: mortar fire.

Here came the girls. Somehow, between Ned taking them the towels and their walk to the motel, they’d slipped their wet clothes back on, everything see-through.

Davie bit his lip and smiled, and the girls half-smiled back. Shy or maybe afraid. And so young. When Ned held out his arm to show them into the room, they ducked as if entering a tent.

At this, Davie was a goner, shit-scared and running back to the rotten hooch the platoon passed a half-hour ago, escaping mortar rounds. He ducked into the dark doorway, his M-16 out in front of him, and found a girl. By herself, just this one girl. She opened her mouth to scream, but instead of shooting he shoved her against the thatched wall. Then he fell on her.

“Want a little drink?” Ned led one of the girls over to the sink, his hand low on her back. She walked warily, whispering a name. “Lib?”

What happened next in the hooch he could never allow himself to see. It was a blot in his vision he’d put there himself.

Suddenly the room announced itself to him: nubby polyester bedspreads, yellowed sheets, a banged-up Motorola TV suspended from the ceiling so no one could steal it. And standing next to the door, muttering to herself, a pretty girl dressed in wet shorts and a clinging t-shirt, barefooted. A thoroughly American girl, and he had not touched her. At this, he began to sob.

Later that night, the girls would say it was prayer that saved them from the men. One of the men began to cry for some reason. It was a miracle. God had intervened.