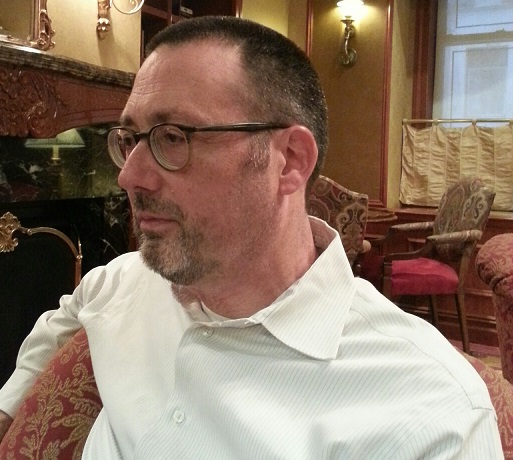 James Hatch’s work has been published in a number of journals, including The Yale Review, Southwest Review, Kenyon Review, Nimrod and Partisan Review.  His first book, The Green Behind Every Shape, was published by Somerset Hall Press (Boston).  He lives and works in New York City.

Men grip their guns like the golden bough,
Under fire scatter or flow.
Tired boots through gravel and bone plow.

The officers shout out their paces
Over barbed wire, the dead in pieces,
Cursing the frightened smooth boys’ faces.

Long the descent into death’s great halls
Where hungry Persephone wails.
Some pause in a shrine of four roofless walls,

Some may examine the blue of the sky
From the mud where they lie,
But not one has lost his way.

In grainy photographs, bobbling film
We glimpse the smoke-hooded Sibyl loom.
Momently they rise and charge, past hope, past harm,