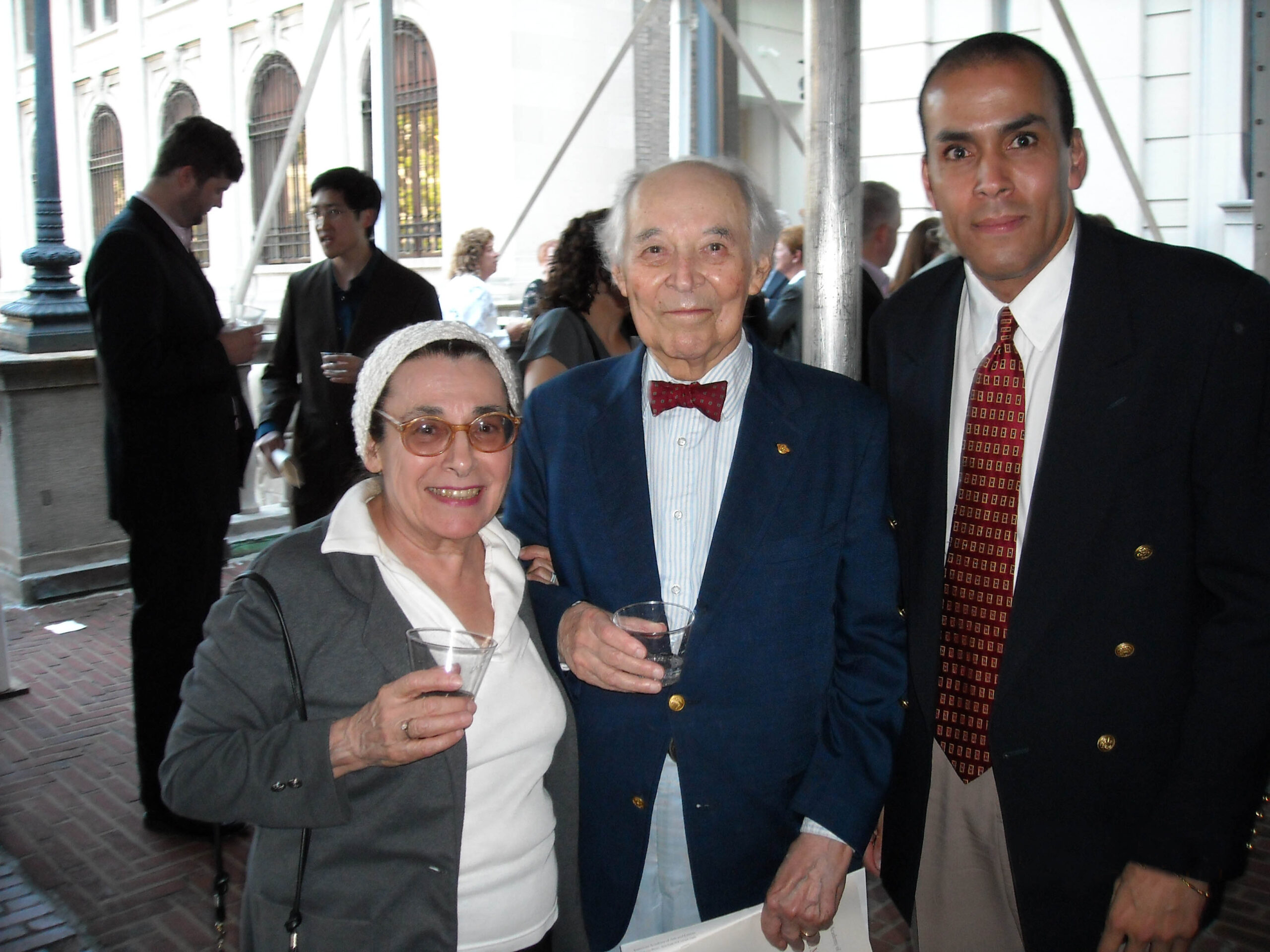 Translator Harry Morales reflects on his beloved mentor and friend. Harry’s translation of the story “Angela Desde Su Propia Oscuridad” (“Angela From Her Own Darkness”) by René Bascopé Aspiazu appears in our Spring 2020 issue.

“Cronopio: A type of fictional person appearing in the works of Argentine writer Julio Cortázar (8/26/14 – 2/12/84), who is generally depicted as naïve, idealistic, disorganized, unconventional, and sensitive. The term eventually became a kind of honorific applied by Cortázar (and others) to friends.” (Wikipedia)

On Monday, June 13, 2016, my mentor, friend, surrogate padrino, and cronopio de primera clase, Gregory Rabassa, passed from this world and will forever reside in the library of Babel. His favorite armchair and accompanying reading lamp has been awaiting him, as has Borges, the full time librarian on the premises who wields the one and only stamp, which in bold capital letters read: ETERNITY. Greg was the venerated master Spanish and Portuguese literary translator of the finest Latin American authors in the world, including Julio Cortázar—with whom he formed a deep and special friendship— Mario Vargas Llosa, Gabriel García Márquez, Miguel Angel Asturias (these three winning the Nobel Prize for Literature), Jorge Amado, J.M. Machado de Assis, José Maria Eça de Queirós, António Lobo Antunes, José Lezama Lima, and Clarice Lispector, among many others. By extension, he was the finest in his field, whose art was rivaled only by his enduring and unburdened skills as an educator. Of the numerous awards he received for his work, the National Medal of the Arts—which “is the highest honor conferred to an individual artist on behalf of the people,” and presented by the President of the U.S. to only a dozen or so artists per year across the country—is the most reflective of his extraordinary, seismic contribution to the world of letters. In recent years he was awarded the inaugural Thornton Wilder Prize for Translation from the American Academy of Arts and Letters, and the Order of Prince Henry the Navigator from Portugal. He translated over fifty books from the Spanish and Portuguese, starting in 1966 with Rayuela (Hopscotch) written by his beloved friend, Julio Cortázar. 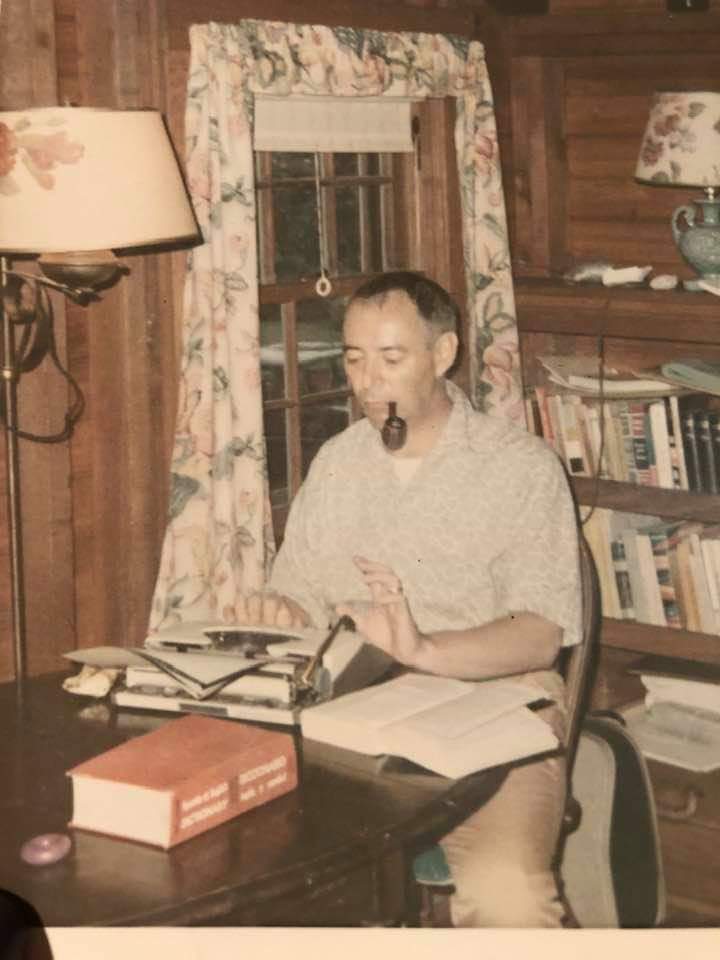 I will always cherish Greg for his enduring affection, respect and unconditional friendship in this work of ours and welcome the memory of his Chesire Cat grin, which so often preceded a twitching of the nose and a narrowing of the eyes just before delivering what would more often than not be a joke or a hilarious anecdote or revealing story, which invariably always lead to a tutorial about some subject or other—Cuba, W.C. Fields, the 1937 Boy Scout Jamboree in Washington, D.C., Marlene Dietrich, or the Catholic Church. I would not be the translator I am by a shaky third if I had not enrolled in an Advanced Literary Translation Course in 1990 at the New York State Summer Writer’s Institute at Skidmore College, in Saratoga Springs, New York. Since those two weeks over twenty-five years ago during which I had nearly every meal in the cafeteria with Greg and his querida Clem—both of them endearing, magnetizing and forgiving of my curious pestering—I have attempted to live up to his ideals and everlasting respect for the written word. A constant reminder of that revealing two-week experience is encompassed in a framed 4 x 6 photograph of myself and Greg taken in the offices of Salmagundi magazine during that course which sits upon a shelf above a weathered, wooden drafting table that I use for writing. We’re both smiling and looking into the camera—my own trusty Ricoh AF-5 lent to one of the staffers to snap the photo—from outside the office looking in. Greg adopted this selfsame inviting smile over the span of half a dozen three-hour classroom sessions and convinced me that it was both courageous and vital to engage in the art of literary translation and in his mind, nothing was truer from the very beginning. Meeting and studying under Greg granted me the emotional strength and inspired in me a determination and faith in what I could accomplish as a literary translator. Shortly thereafter, I would embark upon one of the most gratifying projects I’ve engaged in as a translator: a new rendition of the classic novel, La Tregua (The Truce: The Diary of Martín Santomé), by the Uruguayan writer Mario Benedetti. And yet I fear that perhaps this text I have composed in memory of my dear cronopio still falls considerably short of what I dearly mean. In the end, I happily acknowledge the following poem, “Das Lied um die Guten Leute,” (“The Song About the Good People,” the translator of which is unknown to me) by Bertolt Brecht. It is completely justifiable that Greg be cast as its subject, perhaps multiplied:

“One knows the good people by the fact that they get

better when one knows them.

The good people invite one to improve them—for

how does anyone get wiser?

By listening and by being told something.

At the same time, however, they improve anybody

who looks at them and anybody they look at.”

Since I first met Greg and his lovely wife, Clem, in July 1990, there has not been a single word that I have translated without him in mind. Especially now, as I prepare to embark on the first English translation of Julio Cortázar’s first novel titled Divertimento (Ediciones Alfaguara, Biblioteca Cortázar, c 1986), originally written in 1949, but not published until two years after his death. I imagine that he sits comfortably on my left shoulder in a miniature size that one can easily liken to those humans shrunken down in the 1966 Sci-Fi/Adventure film, Fantastic Voyage. 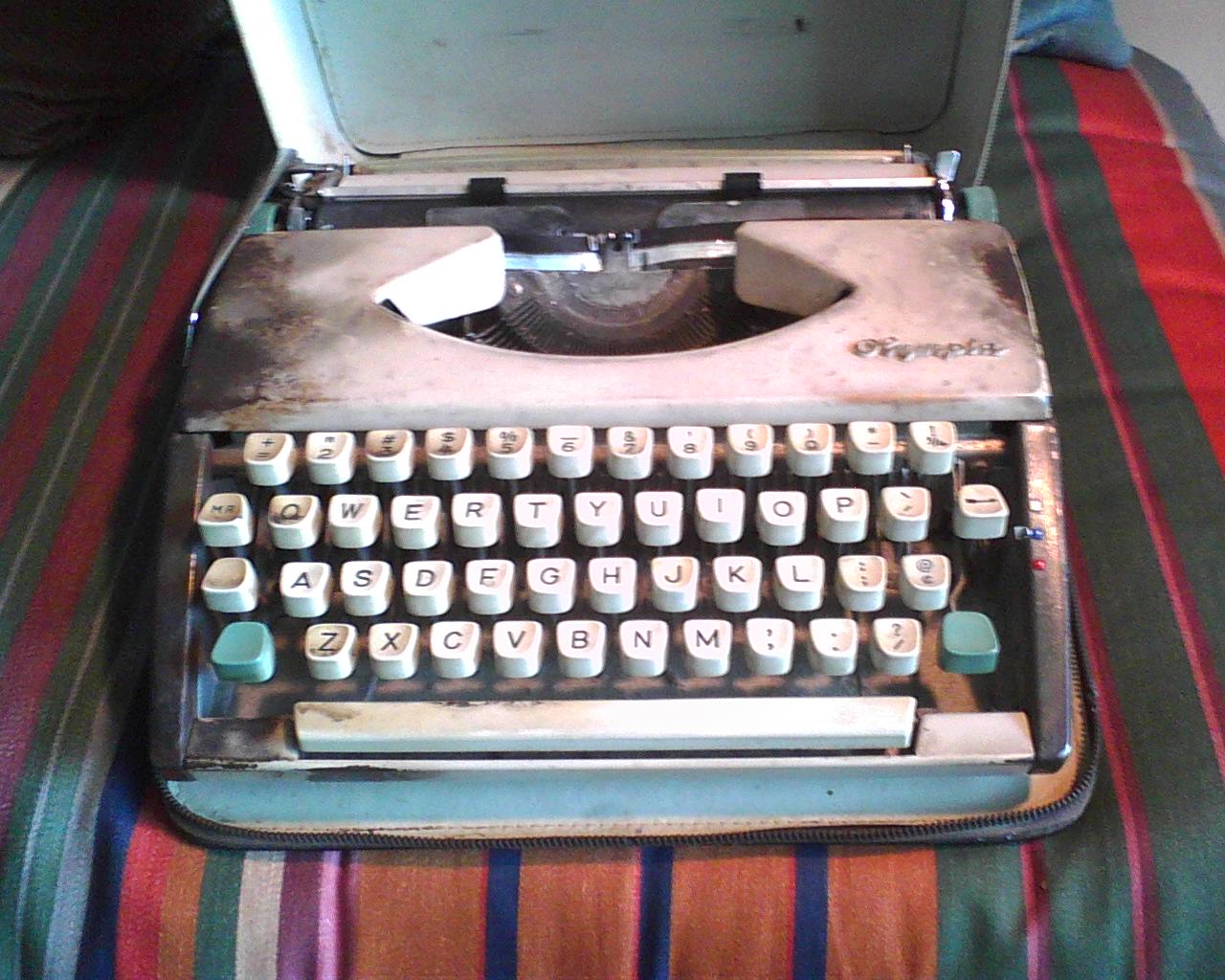 Indeed, for me, every text that I have translated has been a voyage through the Spanish and English language, and because of Greg’s unselfish and devoted mentorship and especially our shared love for stories created by clever writers, his often quoted remark: “The credit belongs to the writers,” is the enduring and transparent asterisk which follows the title of every project I engage in.

The translation of “Angela Desde Su Propia Oscuridad” (“Angela From Her Own Darkness”) by René Bascopé Aspiazu was not carried out in any different manner than what I have become accustomed to: no reading of the text in whole or in part beforehand, and a concentrated effort to achieve a 90 percent or better first draft, thus eliminating laborious editing, intimidating re-writing, and even more detrimental, re-thinking! This has been a proven approach, at least for me for more than thirty years now, that I learned from Greg, who never lay claim to some sort of sistema, but rather always reminded me—through anecdotes, jokes, and innumerable citations—that literary translation could not truly be taught and instead had to be carried out by its self-appointed creator based on faith, perseverance, and love for the written word and that this creator could not be afraid to fail less and less each time during their voyage.

* An earlier version of this essay was published in In Other Words (Winter 2016, Issue 48), published by Writers’ Centre Norwich / The Translators Association, Norwich & London, UK.