Chartres in the Dark 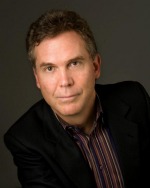 Chartres in the Dark

It was almost sunset
when the cathedral rose out of the rolling December farmland,
fields still green

with winter wheat. One moment there was nothing but horizon
and muddy sky.
Then its two gray spires appeared as we drove over the next

when I was 15, the age of our younger daughter Lucy. Because that dark
light had branded
its afterimage on my brain, I was taking my family

37 years later
to Chartres to show them stained-glass sunrise. By the time we reached
the cathedral after countless

roundabouts, whose small red and white triangular signs said, “Cede
the passage”
or “You do not have priority,” it was dark. We walked the nave. I pointed

to the now black
mosaics of stained glass, tried to describe for my wife and two daughters,
who had never seen them,

the haloed apostles. I failed, stood silent under extinguished
windows in the dim
half-light of the south ambulatory, and had to imagine

their heads and angels bore white candles to light their winding
way. The dark
glass illumined the boredoms and terrors of 12th-century

French peasants.
Somewhere in the central window of the west façade, a mother lay bleeding
on a gold fourposter.

Joseph dozed on a chair. Their newborn cried himself beet-red,
finally slept, watched over
by a drooling ox. I remembered how once Dana and I

came down with flu
simultaneously and lay in bed, sitting up only to vomit into mixing
bowls, while our six-month-old

daughter Eleanor howled in her crib for milk. We were too sick to feed her.
I still discover scrap paper,
stuck in old books, with long lists in Dana’s hand, “Right 2:40,

Right breast, left breast, her mother weaned her. I couldn’t find
the window in which Christ,
tied to a post, got beaten by two men, one with a cricket bat,

the other with a flail shaped
like a broom. At 16 Eleanor had walked with the handsome stranger
to his top-floor apartment where

he tried to rape her. She ran down 20 flights of stairs. In the starless
Charlemagne window,
Roland pierced the black giant Ferragut with a silver sword

through his navel,
the only vulnerable spot on Irongut’s body. To the left of the altar my father
hung crucified on Alzheimer’s

cross. My mother and I took him down from that tree, washed his wounds,
perfumed his body,
stuffed a stone in the open mouth of his grave. For nine centuries Charlemagne

had gazed at the Milky Way,
cornucopia of God’s coronation jewels, and tried to read there
his fate or fortune

in the next day’s battle. I could not see how the three butchers hacked
at legs of lamb
on a long table. Or how two bakers carried a man-sized wicker basket

of round loaves
hung on a pole they shouldered. The loaves looked like cobblestones.
I was condemned to eat them

and shit blood. On our journey from Provence, my internal hemorrhoids
had ruptured,
turned the water in the toilet bowl—no getting around it—

the same unearthly red
as the stained glass of Chartres, sunset or sunrise, cumulus
clouds of blood

I flushed. Rose windows, because you showed me in the dead of winter
how my small life
shone through your blacked-out panes forty feet above me, I knelt

down in that empty
cathedral. I kissed the old worn stones we walked on. Nothing
could have been colder.

1 Response to Chartres in the Dark