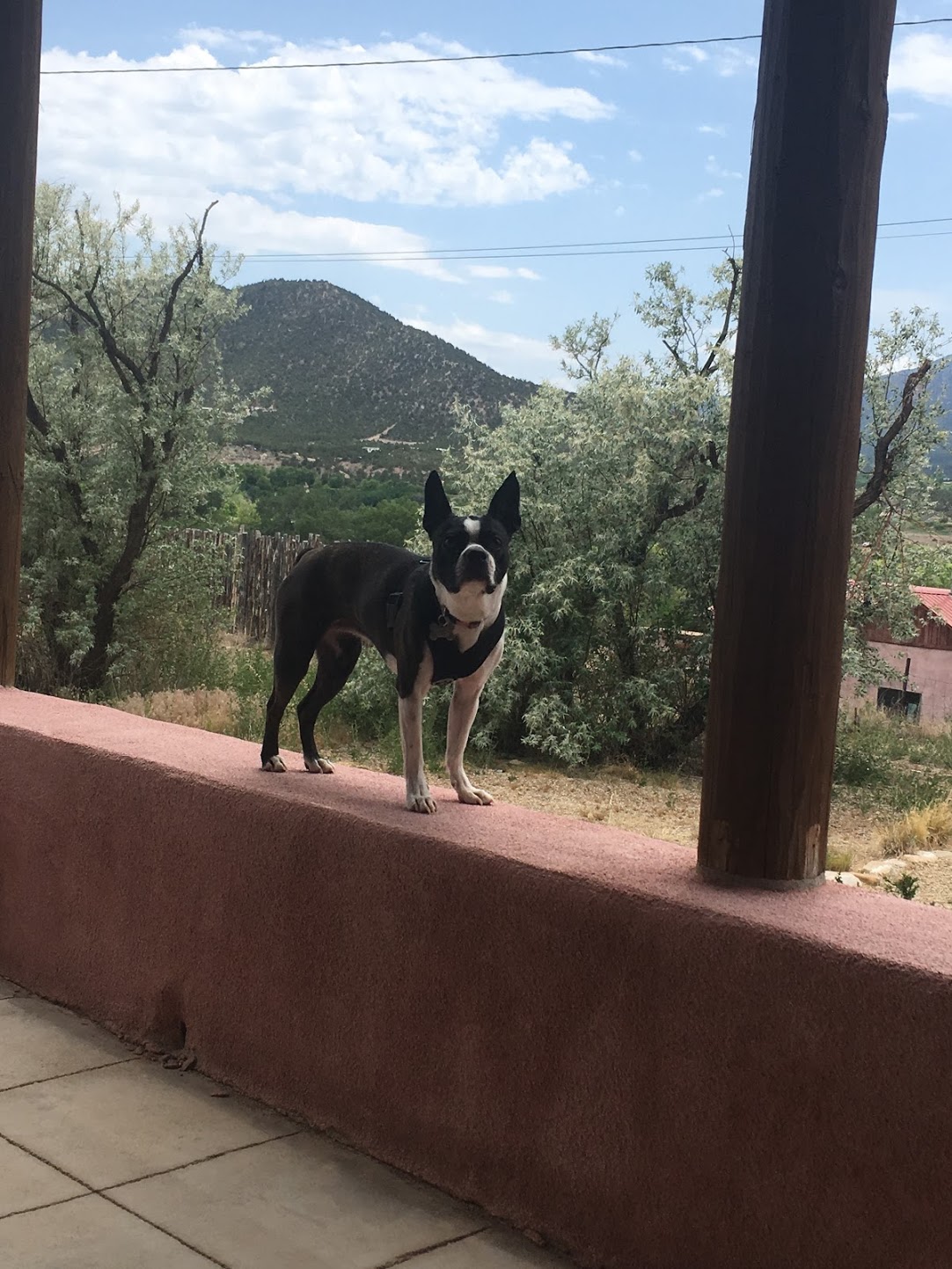 Sarah Beth Childers on how, writing as an outsider, she carried her own landscapes, soundscapes, and ghosts to New Mexico to write “A Haunting”, published in our Fall 2020 issue.

In summer 2018, right before my wedding, I spent a month in a little adobe at the Doel Reed Center for the Arts, a few miles outside of Taos, New Mexico. I was there as an artist in residence, writing about my brother’s suicide, back home in West Virginia. The land and buildings at the DRCA had belonged to Doel Reed, an artist who moved from Oklahoma to New Mexico for a long, productive retirement. In his studio on that land, Reed worked in aquatints, producing prints that appeared in galleries around the world. Far cheaper versions of those prints were once given away with a tank of gas at US filling stations. The adobe where I stayed, though, had been the home of his daughter, Martha Reed, a Taos fashion designer and artist. Alone with my dog for a month in that adobe, I often conjured up the company of Martha, imagining her sketching designs for her world-famous broomstick skirts; hosting soirées for Taos writers and artists; putting on turquoise jewelry and speeding off to a Taos restaurant or bar, where she’d park her car in the fire lane; and, in her later years, sitting around the house like me, stroking the cats that would leave the adobe a terrible mess when she died. Still, I didn’t feel exactly prepared when what really seemed like a real ghost visited me in the night—the turquoise man.

The following summer, in 2019, I returned to the DRCA to teach a two-week creative nonfiction course. By day, around the adobe’s dining room table, I talked with grad students about writing, and we explored the area on field trips: Taos Pueblo, Bandelier National Monument, the Williams Lake Trail in Taos Ski Valley. I was alone in the evenings, reading, grading, walking my dog, hoping I’d stay too busy to let my brain stray back to that stress and terror I’d felt the summer before.

The course I taught was titled “Writing the New Mexican Landscape,” and everyone in the class was writing as an outsider. As a way in to a place with such a complicated past and present, we discussed the necessity—along with research and respect—of grounding readers in the home landscapes and cultures that tinted our vision. Alongside books by writers born in New Mexico, like Coyota in the Kitchen by Anita Rodriguez, we read nonfiction and fiction by writers who had also come to New Mexico from somewhere else: Willa Cather’s Death Comes for the Archbishop, where a priest tries to recreate the flowers and architecture of his native France; Joy Harjo’s Crazy Brave: A Memoir, where a girl with a traumatic childhood in Oklahoma sees the New Mexican sunshine as a new beginning; and Regina McBride’s Ghost Songs: A Memoir, where a family views that same sunshine as oppressive and bleak as they long for Ireland’s rain. During class discussions, I sometimes described the landscape and culture of my West Virginia childhood, which marked the way I saw New Mexico, but I had no plans to write about that contrast. My students were in New Mexico to write—that summer, I was only there to teach.

Then came a class visit from poet and essayist Tyler Mills. She had also written about New Mexico as an outsider, including her essay “Backdrop: New Mexico,” published in Brevity, and “Periphery: Exploring Bombs, Boundaries, and Family History” in The Rumpus. Mills posed a writing prompt that I’ll quote here in part:

Remember your first night in Taos. What brought you here? What have you brought here—objects and experiences?

Allow yourself to let in what memory brings to you. What objects do you have with you today? What do you carry with you?

I jotted down notes along with my students, and I found myself writing “A Haunting.” I thought I’d just come to New Mexico with a stack of books and lesson plans, but I realized I’d carried my brother with me. And while my first night in Taos that summer of 2019 had been utterly uninteresting, Mills’s suggestion that we think about sounds at night took me back to the previous summer, and it was precisely what I needed to start writing.

For the rest of my time in Taos, I thought about my essay when I was alone. I had the rare opportunity to re-live an experience for the purpose of writing, lying in that bed on wheels, listening to the ceiling while I tried to sleep. I found myself having the same memories as the previous summer, though, thankfully, the course ended before I had another visit from the turquoise man.

Maybe it was Mills’s prompt, and maybe it was the cold damp of that May, or the high desert all around us, or the region’s centuries-long history of colonizer-caused heartbreak, but my students mostly wrote about absences. Dead parents, dead grandparents, dead brothers, and their partners and children they’d left behind at home. I’m thankful to Tyler Mills, the Doel Reed Center for the Arts, and the New Mexican landscape for encouraging us to welcome our ghosts.

Sarah Beth Childers is the author of the essay collection Shake Terribly the Earth: Stories from an Appalachian Family (Ohio University Press, 2013). Her essays also appear in Brevity, [PANK], Colorado Review, Quiddity, Guernica, and elsewhere. She lives in Stillwater, Oklahoma, where she teaches creative nonfiction at Oklahoma State University, serves as the nonfiction editor of the Cimarron Review, and juggles online pandemic teaching with her new baby girl.