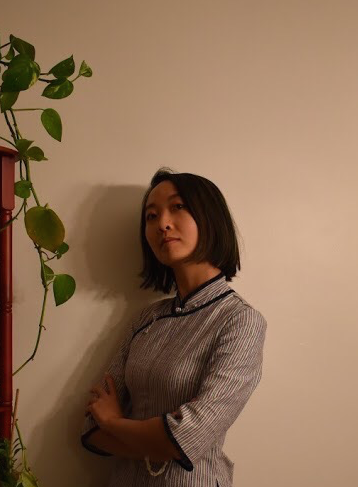 Contributor You Li shares some of the inspiration behind the sound and syntax of her poem “Domestic violence arrest, white male, camper in Cedar Ridge II” which appears in Volume 69, Number 2.

This poem came out of audio recordings of a 911 call and the subsequent police investigation that led the main character of the poem to become my client, an indigent criminal defendant facing time in jail. Listening to the tapes, I had a narrow goal, to find the story that would explain to a jury why my client should not be incarcerated. However, the tapes stuck with me long after the case was dismissed.

One piece of “found” material was the following: “She don’t want me no more, so take me to jail. I don’t care!” This refrain butted up against the police’s questions, which were geared toward finding facts that alleged a crime. “She don’t want me no more” was the main thrust, the “so” a coordinating conjunction relegating the polices’ function in the whole affair to the result of his feeling undesired, the “I don’t care” tacked on for ironic emphasis.

At first, the poem I wrote was entirely different from this one. In it I changed the conjunction and the order of the clauses to explore different hinges and the resulting relationships between the clauses. For example, one line was, “Take me to jail ’til she don’t want me no more.” However, that poem needed a companion: there was another aspect to the source material I wanted to explore.

The soundscape of the tape motivated the “written” parts of the poem. I felt the area around the camper was wooded because of how the barking echoed. There was a grain to the silences and sounds themselves, as if the recording had been textured by the medium of a cassette or record. The timbre of my client’s voice, and the softness of certain consonants, made me feel like I was meeting him before our first visit. The aural elements heightened the already powerful experience of listening to real time happenings recorded, evoked images and emotions. I wanted to use the vehicle of the poem, similarly, to both create a transportive sound experience.

You Li is a lawyer and poet who was born in Beijing and lives in New York. Her poems appear in Lunch Ticket, Asian American Writers’ Workshop’s the Margins, The BOILER, Poetry South, and elsewhere. She has received support from Bread Loaf Writers’ Conference.