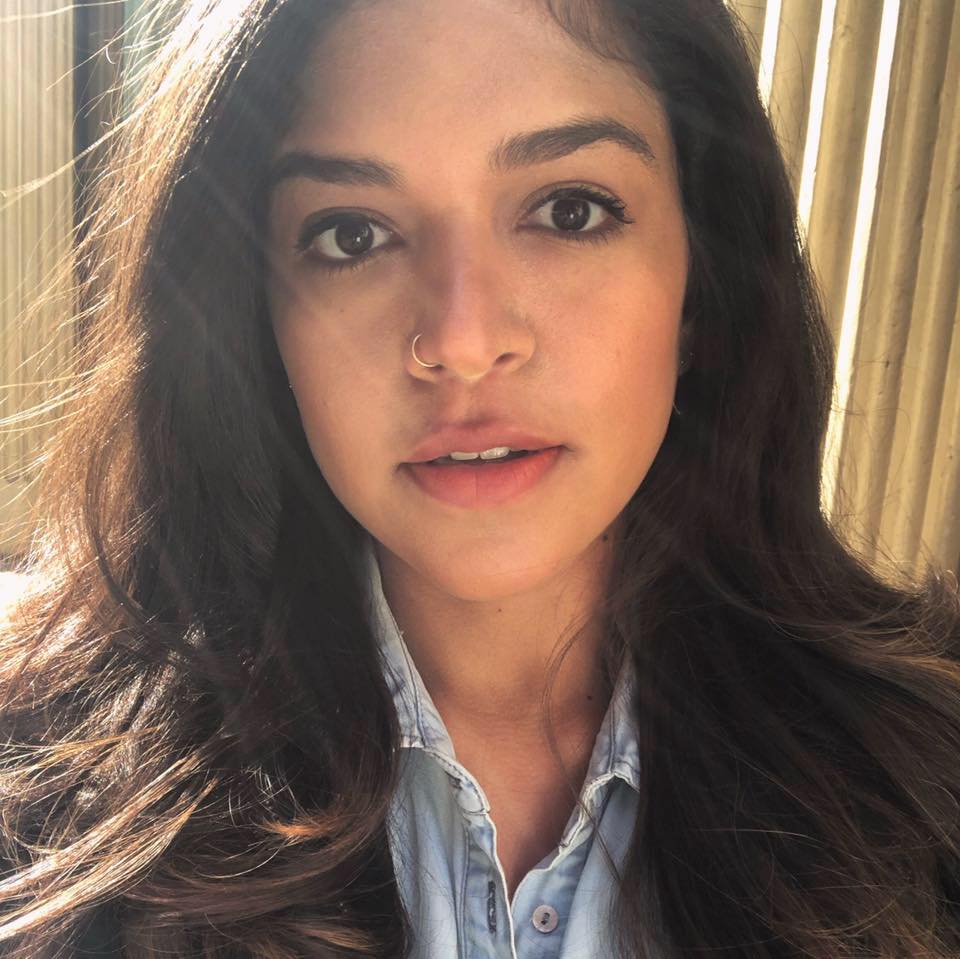 Our Fall 2019 issue features a short story from emerging writer María Alejandra Barrios Vélez called “Presencias.” Our intern Hudson Bennett emailed her to talk about her process and influences as well as the intricacies of bilingual writing.

Hudson: First of all, congratulations on the piece. It’s really poignant writing on such an emotional subject. How long have you been writing? Is there any particular genre you prefer to write?

María: Thank you so much! I’m twenty-seven, and I’ve been writing for more than a decade now. I started writing pieces that were influenced by magical realism and mostly about love when I was fifteen or so. Back then, I used to live in Colombia, so I wrote in Spanish and posted the pieces to MySpace. There, friends and strangers discovered the pieces and started leaving lots of good feedback on them. It was really weird for me. I was mostly (I think I still am) very reserved and a little awkward, but at the time I realized writing was a way of making friends and, most importantly, of connecting with people I wouldn’t reach otherwise. The purpose of writing has changed and evolved for me. Now I write both in Spanish and English, and my work has become more about telling stories and experiences in both languages and, in that way, talking about my experience existing between two worlds.

I have experimented with lots of genres over the years. I started writing love stories and now my stories are more about family and immigration. I also have started experimenting a little with horror and flash fiction.

Hudson: Are you working on any other projects right now?

María: I recently finished my first short story collection about magic, love, and immigration called A Body in Between Spells. I also started the process of writing a novel about immigrant women from Colombia who come to New York in different circumstances and are distantly related. This novel is set in the present and subscribes to magical realism. The characters experience magical events and bring with them superstitions and beliefs from their previous lives in Colombia to their lives in the United States. I’m interested in writing a novel that talks about traditions, magic, and landscape and how it all affects the narratives of immigrants who come to the U.S. and try to integrate two different lives.

Hudson: One of the themes in “Presencias” is family—the importance of remaining together and appreciating each other even when we fundamentally disagree. What made you want to write about that?

María: One of the things that I’ve wanted to explore the most in my writing is family ties. I come from a very strong-minded family of women where my grandma, aunt, and mom are very present in my life in many ways. Their voices are always with me even when I’m far away. Understanding the role they play in my life has been a question for my personal life but also for my writing. Which are my thoughts and decisions? And which are my family’s? Where does one, as a Latin woman whose family expects certain behaviors, draw the line? In which of these scenarios am I still a good granddaughter, niece, daughter?

I think in writing about these things, I wanted other women identifying as Latin (or, really, anyone that it applies to) to know that you can love your family and still find it complex to understand what your own thoughts and opinions are and what belongs to them. Sometimes, for me, this is hard to separate. I think in “Presencias” the question is about how they understand pain—what is individual and what pain has been processed inter-generationally.

Hudson: Historically, cartels have played a major role in Colombian society. How prevalent are they today, and how do they impact day-to-day society?

María: I was just in Colombia for over two weeks recently, and, as someone who grew up conscious of danger/violence, I was astonished to see the change that our society is going through at the moment. There is a lot of pride in the way that people talk about how they’re now able to drive from one city to another by car (when I was little, you couldn’t necessarily do that) or even stop on the street to give someone directions. There’s a change in how people are more trusting and more at ease. I didn’t grow up with that, and I was happy to see that later generations hopefully will. However, there is still much more to talk about when it comes to what was then and what is now. The Colombian conflict is multilayered and complex. There weren’t only cartels but guerillas, paramilitares, and other outside-the-law groups that were the actors of Colombia’s most violent times.

I think that when people outside Colombia see conflict, they only see cartels because it is the image that has gone worldwide of drug violence and Pablo Escobar. There’s more to it, and there are more victims from different causes that include the government as well. I feel there’s no easy answer to these questions but maybe just to say that Colombia remains a country in transition: a country where many are fighting to do right by the victims of an endless conflict and a war that has been going on for over fifty years.

Hudson: You talk about the presencias and how the family in the story finds comfort after a loss. Is the concept of presencias something that arose from the constant danger or is it a part of Colombian culture? How does the importance of ancestry influence your writing?

María: I was in Medellín in the Memory House Museum last week, and one of the things that shook me the most was the testimonies where someone expressed that we, as Colombians, even without being victims, had all been indirectly influenced by war and conflict.

The concept of ghosts, I feel, is part of the Latin American tradition and is constant in our social imaginary as Colombians. We often talk about family members that have appeared to us to give us comfort after they have died or rare apparitions. They’re mostly friendly ghosts, reassuring presences that provide reasons to keep going. I love this part about my culture, and I thought it would be an interesting way of offering to this family in my story a way to begin healing. A presence that is caring for them, always, even if they don’t necessarily know where they are and why. It is also a way that I’ve seen many people deal with the reality of growing up in a very violent country and living in pretty extreme circumstances.

Hudson: Who are some of your major literary influences? Any reading recommendations?

María: Yes! So I recently read a novel by Edwidge Danticat, and I was blown away. I read one of her short stories for the first time last year in an amazing workshop for writers of color by Kweli in New York. I have a bachelor’s in history, and The Farming of Bones was such a nice surprise because it was so meticulous with the historical details but also with so much attention to the feelings of the characters. It really moved me. I would say that I have been an avid reader since I started writing, so my influences change. The writers that have stayed with me over the years are Jhumpa Lahiri, Isabel Allende, Gabriel García Márquez, Hiromi Kawakami, and James Baldwin.

I’m also very interested in writers who can write complex female characters that stay with you long after you finish a book. I really admire Brit Bennett, Tayari Jones, and most recently Candice Carty-Williams who wrote the book Queenie.

María Alejandra Barrios Vélez is a writer born in Barranquilla, Colombia. She has lived in Bogotá and Manchester, where in 2016 she completed a master’s degree in creative writing from the University of Manchester. Her stories appear in Hobart, Pulp, Reservoir, Bandit Fiction, Cosmonauts Avenue, the Jellyfish Review, Lost Balloon, and Vol. 1 Brooklyn. Her poetry appears in the Acentos Review. Her work has been supported by organizations such as the Vermont Studio Center and the Caldera Arts Center.