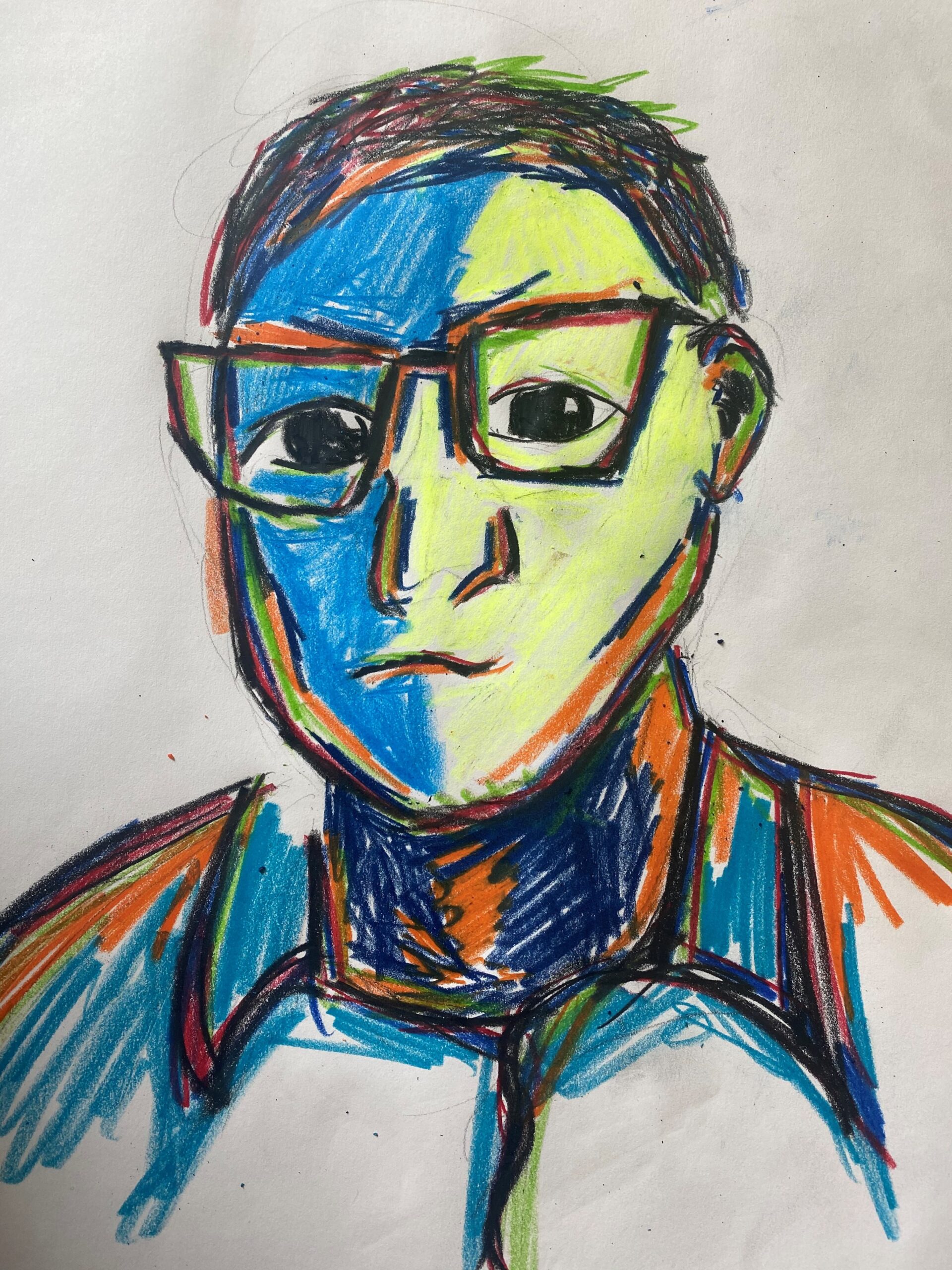 JP Vallières, the writer of nonfiction piece, “Class of ’98: Village of Adams, NY,” featured in the Spring 2021 issue of Shenandoah, takes a unique approach to writing. In a prompt-response style conversation with Special Features Editor, Caroline Brown, JP provides his mosaic-style insights on his literary process, exploration of schizophrenia, and the many facets of memory that make their way into his work.
Research
I was driving through the mountains of Montana. It was the darkest night. As always, Luke D., Julie V., Angie B., Jeremy V., and Jason R. were with me. I pulled over and wrote this piece. Later, I sent it to two living friends: Fuller and Carroll. One of them got back to me. The other one did not. If either told me I shouldn’t share this with anyone, I would not.
Reconnect
I wrote this to connect with friends I missed so much. When I embrace the sadness and humor of my past, writing is easy. Some friends are alive, and some are dead. Another name has died since I wrote “Class of ‘98”. I guess, at some point, all these names, including mine, will vanish from the living-side. But I think we deserve better. For all our joys, triumphs, and sufferings, we deserve immortality.
Schizophrenia
Kimmy and I moved from Long Island, NY to Utah in the year 2005. We had one young son, then. I was so healthy. We walked the quiet streets of Salt Lake City. The mountains to the east loomed large. A homeless man stepped right in front of me, blocking my way, and said, “JP!”
He knew me. Not from any rational experience. But from somewhere else. He knew I was like him, but time can be a trick. Schizophrenia was eight years into my future. I could not have imagined such a future. Like everyone else, I kept asking, “How did he know my name?”
Everything I write now is an exploration of my schizophrenia. Sometimes I’m bitter and angry. The torments, the humiliations… my constant question, Why did this happen to my mother and to me? Honestly, I just want everyone around me to think I’m normal. Other times I’m grateful. Fuck it! Folks like me and Ma, we got superpowers. We can see and hear and feel the unseen.
The balance between interaction-based memory and inner prioritization of moments
I keep coming back to, “Mark P. once told me he only liked to eat the tops of bagels.” I don’t know why I remember this moment. These words were spoken so long ago in the cafeteria at South Jefferson Central School. We were sitting there, not ready to start the day. We had just finished lifting weights and were so tired and so young. Mark P. said what was on his mind, perhaps to fill the silence of the morning hours. It must have just popped into his head. Or it had been something he had been pondering for some time. I can’t help but think to myself, “Yeah, the tops of bagels are pretty great.”
Brevity
I aimed to trim each section of “Class of ’98” down as much as possible. Always from the back end. I cut the memory before it really got going. This allows for the imagination to search, to reach, for whatever might come next. Cutting is a great pastime of mine. When I want to make myself feel better I dig up a novel-in-progress and find words, sentences, paragraphs, pages, chapters to cut. It’s a wonderful thing to do. For years I would write five-hundred word flash pieces and then delete every word off the face of the earth. No one will ever see those little stories, and most of them I have forgotten, except one. It was about a little girl in an attic holding a box of bees.
Intervals of focus
For the last three years I’ve primarily written novels. One thousand to two thousand words a day. But still there are times where I find myself stopping the car to write stories or memories from beginning to end. I just did this yesterday. June 24th, 2021, 2:00 p.m. I was driving back to Idaho from central Washington and pulled over at a rest stop. The story I wrote is titled, “ALL MY FRIENDS DIED IN A PLANE CRASH.” I have not deleted it, yet.
Friend vs. Nemesis
If Brian E. wasn’t my best friend in the tenth grade he would not have been my nemesis the following year. The age-old quarterback controversy extends beyond high school and into middle age. How lame is that? I mean, it’s not my fault I was a grade lower, seven inches shorter, and happened to throw and run the ball better than him.
When I was in Colorado I called Brian E. thinking this was our chance. Our chance to be friends again, like when we snuck his father’s home brew, smoked Camel Wides, and met up with girls at the lake. Can you imagine? Wouldn’t it be something to reunite all these years later and drink beer and eat fries and say words like, “Man, it was so good to see you. Man, it’s been too long.”
Anchors
Imagination allows me to envision two dimensions and their futures and pasts through vision, voices, feeling, and memory. All of these are accessible at any time. I don’t write out of any emotional state. Kimmy and I have four sons. A friend of mine referred to them once as The Savages. Six of us abide in an eleven-hundred square foot converted shop. Luckily, we have space outside. But I have no office or room to write in. I sit on the couch. Basketballs might bounce up onto my laptop. A football (or foot!) might shatter a window. A brawl could break out at any moment. There’s no point in fighting interruptions. Even now, my third son, eleven, is walking through the door and saying, “Dad, if the Suns don’t beat the Clippers, I swear!”

JP Vallières is from the Village of Adams. He is the author of the novel, The Ketchup Factory. He lives with Kimmy and their four sons in northern Idaho.