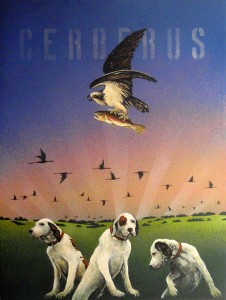 What is the history of Shenandoah?

Shenandoah was founded in 1950 by a group of Washington and Lee University faculty members and undergraduates, Tom Wolfe among them. For a brief time it was primarily an undergraduate magazine, but under the leadership of student editor Tom Carter Shenandoah became a quarterly, publishing a cast of international writers including e e cummings, Dylan Thomas, W. H. Auden, James Merrill, Ezra Pound, William Faulkner and Flannery O’Connor. From the 60’s to the 80’s, Washington and Lee faculty member James Boatwright expanded the journal and published occasional theme issues, including a 35th anniversary anthology. In 1995, R. T. Smith was selected as the first full-time editor of the journal, which in 2002 began to appear triannually.  It has been since 2011 a web journal (shenandoah.literary.org) published semi-annually with several features updated regularly.

What is the relationship between Shenandoah and Washington and Lee University?

Shenandoah is funded and supported by Washington and Lee University through the Office of the Dean of the College, currently Dr. Suzanne Keen, and is located at 17 Courthouse Square, behind the Washington and Lee University Business Office at the corner of Washington St. and Main.  The magazine maintains a board of university advisors who offer guidance and advice, and the current editor conducts an intern program in which undergraduate students work for the journal and learn the craft of editing as an academic course in the English Department.

The current editor regularly teaches in the Washington and Lee University English Department and serves as writer-in-residence.

Like the university which sponsors it, Shenandoah strives to encourage imagination, precision, prudence, diversity and daring.

It’s difficult to define “new” in this context, but at least 40% of the contributors to each issue in the past sixteen years have been new to Shenandoah.

How many manuscripts does Shenandoah receive and publish annually?

We receive about 3,000 poems and 3,000 stories and essays annually. We publish about 60 poems, 14 short stories, a dozen non-fiction pieces, twenty short short stories and several reviews in an average annual volume.

How many issues does Shenandoah publish annually?

We publish two seasonal issues each year: One in February/March, one in September/October.

What happens to a typical manuscript when it arrives at Shenandoah?

Physical manuscripts are opened, sorted, dated and logged in according to genre by work-study students and interns. The interns read and make comments on all fiction submissions (through Submittable) and pass fewer than half on to the editor, who reads all the poems and non-fiction himself, setting aside those which seem strong possibilities for Shenandoah and returning those which seem less strong. In a second round of reading, the editor selects the work which he believes Shenandoah should publish. Once a manuscript has been eliminated as a possibility, it is returned to the interns, who place the manuscript in its SASE, along with a form expressing regret that the work has not been selected. The manuscript is then mailed back to the sender. Obviously, this is done electronically when the work has been submitted electronically.  Sometimes the editor writes a note on the rejection slip (or e-mail message); occasionally he writes a letter asking to see more work. The entire process usually takes six to eight weeks. Due to the current volume of submissions, Shenandoah asks that writers not submit more frequently than twice a year.

What if there’s no SASE with a postal submission?

We recycle the manuscript.  Consequently, the sender is not informed of the editor’s decision regarding the work.

How many poems or stories should a writer send at a time?

Up to five poems, one story (or two, maybe three short shorts), one essay.

If your work is under consideration elsewhere, be sure to inform us in your cover letter. And if it is accepted elsewhere, inform us by e-mail or telephone immediately. Really: IMMEDIATELY.

Only under extraordinary circumstances.

What about submissions through electronic means?

We’ve added a Submittable site for fiction, non-fiction, reviews and short shorts, but we still want to deal with poetry through the mails.  This is a transition stage.  We apologize for the strangeness of the policy.  Next year we’ll begin leaning more heavily on Submittable for poetry submissions.

Does Shenandoah prefer that work be accompanied by a cover letter? If so, what is considered appropriate for such a letter?

Yes, we like cover letters, because they become useful once a manuscript moves into serious consideration. Since a cover letter is a pretty basic business communication, we recommend a tone appropriate to business. If you’ve been published before, mention three or four places. We don’t mind hearing about a couple of awards or fellowships which might be recognizable to us. Where you live, what work you do and where you studied are also pertinent. It is worth remembering that no cover letter will boost the chances of a poem or story, while a hyperbolic or self-congratulatory letter might conceivably damage the reception a work would receive. We don’t want to see catalogues of publications, vitas, lists of former teachers, quotations from other writers about your work, personal photographs, flyers advertising books or readings or explanations of the submitted work.

How are writers remunerated by Shenandoah?

Our payment scale varies with our operating budget.

All poems published in our pages in a given year are eligible for consideration for the annual James Boatwright III Prize for Poetry ($1000) and stories are eligible for the annual $1,000 Shenandoah Prize for Fiction. The Thomas H. Carter Prize for the Essay ($1,000) is awarded for the best non-fiction worked published in a calendar year. For these awards there is no “submission” process per se.  We have recently begun the Bevel Summers contest for the short short story.  The 2014 deadline is March 31, and the entry fee is $2 per entry of up to 3  stories.  Word limit is 1000 and the prize is $1000.

Who chooses the winners?

The editor appoints the judges.

How is the editor of Shenandoah selected?

A committee of W&L faculty members conducts an open national search, gathering credentials, selecting finalists, conducting campus interviews, then offering the job to the candidate who seems most suited to the position.

How does Shenandoah acquire its reviews?

Most are solicited. We ask particular writers to give us brief reviews of specific books, and occasionally we ask a proven critic to write a retrospective of a writer’s work. We are not averse to publishing reviews from those other than our regulars, but we recommend reviewers send us a query and sample review first.

Does Shenandoah consider manuscripts throughout the year?

No. We stop reading in mid-May, and manuscripts received between then and late September are returned unread. We may also temporarily suspend consideration of particular genres for administrative reasons. When we do so, we return the submissions swiftly with information about resumption of standard practices.

Where does the art come from?

Over the half century of Shenandoah‘s existence, covers have come from a wide spectrum. In fact, in the 70’s and 80’s a dozen covers featured photographs by Sally Mann. Some recent cover artists we’ve discovered in magazines, others are local artists or people whose work we’ve seen in galleries. We have used three paintings by the late Mississippi artist Walter I. Anderson and four by Virginia resident William Dunlap. A few have come from art submitted through the mail. We seldom use non-representative images and rarely use black-and-white photos or drawings.

How would you describe the mission of Shenandoah?

Shenandoah’s mission is to bring the most accomplished and stimulating writers and writing to the Washington and Lee University community and to our wider audience, to provide as James Alan McPherson once said, “Maximum exposure to stories unfolding.”

We want to publish work which has its sources in acutely observed personal experience but which also aims to bear witness to something larger than the individual. Miller Williams said that a poem must begin as the writer’s but end up as the reader’s, or it is a failure. We concur. Regarding fiction, we are not drawn to stories whose interest in particular topics overwhelms an interest in the language. Stories are, after all, made of words, not emotions, ambitions or ideals, and the words must do the work. Former Shenandoah contributing editor James Dickey once said he wanted to say things in a such a way that they could not easily be unsaid. We’ll stand by that.

Do you have any principles or creeds to guide your selection?

No schools of thought, really, though lately that we are more interested in experiments in fiction than in “experimental poetry.” We also have an abiding interest in the short short or flash fiction.  The Book of Isaiah says, “Butter and honey shall he eat that he may refuse the evil and choose the good.” That claim provides some comfort, though we find a mouthful of briars now and then keeps our view balanced.