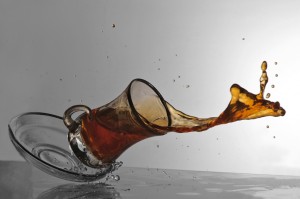 My father knows his mind is leaving,
Cells fleeing a mineshaft’s dark.
My father remembers the color of Laddie’s coat –
first of a long line of dogs – but forgets the shade
of my mother’s eyes when she leaves the room.

How long before he forgets her face
and the fire of her auburn hair?

Each night she pours him Jiuqu Wulong tea –
dragon brew – to head off the growing chill,
and chides him when he spills a drop –
from highest mountains come finest teas.

She invents a tale of an emperor – K’ang Ha –
who seduces a red-haired beauty beneath a gingko tree.
A pot of water simmered nearby.
As she finger combed her shimming hair,
three strands broke free to ride the wind
into the steaming brew –
now transformed into liquid amber, jasmine-oiled –
a dynasty of song.

My father inhales the scent of her words. 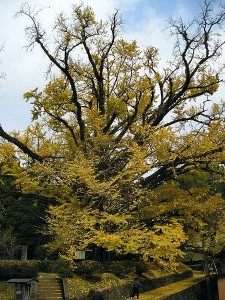 Nancy Naomi Carlson received her B.A. from Queens College and her Ph.D. from the University of Maryland. She is currently an instructor at the Bethesday Writer’s Center, and a senior translation editor for Tupelo Quarterly and Blue Lyra Review. She is the author of three poetry collections, as well as the critically acclaimed Stone Lyre: Poems of René Char. Her work has appeared in print over 290 times in various publications, including, Poetry, The Georgia Review, Prairie Schooner, and The Iowa Review and has won her grants from the National Endowment for the Arts, the Maryland Arts Council, and the Arts & Humanities Council of Montgomery County.

Right at the opening of Carlson’s heartbreaking poem, the encroaching threat of a life forgotten consumes the reader. Carlson writes of the heartbreak of watching a parent, presumably one suffering from Alzheimer’s or dementia, and their struggle to remember basic life details. In the opening stanza, Carlson writes, “My father knows his mind is leaving.” This minor detail, that the person who is slowly forgetting everything knows they are slowly forgetting everything, brings to mind the tragedy of people knowing they are suffering from dementia, but having no way to stop the progression. Throughout this poem, Carlson captures how this is often harder to face than the actual memory loss itself. The first stanza continues by calling on minuscule details of life, the specifics that many people take for granted, but that make life complete. She writes of the “shade of my mother’s eyes.” The very eyes the narrator’s aging father has looked into presumably every day for decades are quickly erased from his memory.

In the second stanza, Carlson presents the idea that eventually the disease will make the narrator’s father forget not just the color of his wife’s eyes, but his wife entirely. This type of tragedy is something that people have become more aware of in recent years, from books like The Notebook and so forth. As this stanza continues, the “Jiuqu Wulong tea” the wife serves him to “head off the growing chill” can be seen as her trying to slow the progression of his memory loss.

Then, in the fourth stanza, the wife “invents a tale” to tell him, which seems reminiscent of how the two probably met as well. As the tale continues she alludes to her husband’s mental state saying, “three strands broke free to ride the wind.” The “three strands” of hair can be seen as a metaphor for the memories slowly leaving her husbands mind. Just as the strands land in the tea and are “transformed into liquid amber,” his thoughts leave his mind and become forever lost. Carlson ends the forth stanza by writing, “a dynasty of song,” and although “song” is not capitalized and could just refer to musical sound dissipating in the open air, the earlier mention of an emperor named K’ang Ha brings the Chinese Song dynasty to the reader’s mind. The Song dynasty reigned over China from 960-1279 and ended abruptly when 8-year-old emperor Emperor Huaizong of Song (along with Prime Minister Lu Xiufu and 800 members of the royal clan) committed suicide. The father in the poem seems to have led a long life, but, like the Song dynasty, his life quick fades away.

This poem is overall evocative of a lifetime slowly being lost in the mind of an old man and reads like the father inhaling “the scent of her words” in the last line. The lines of the poem put a heavy weight on the readers heart, like smelling a loved ones perfume after their passing.