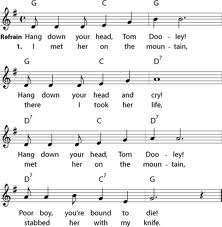 I take my banjo this evening
I take it on my knee
This time tomorrow evening
T’will be no use to me.

This time tomorrow
Reckon where I’ll be
Down in some lonesome valley
Hanging from a white oak tree.

I saw the wagon coming
To haul me  to the tree
I saw my mother coming
To see the last of me.

How many versions of this folk song are sung in the mountains of Wilkes and Watauga Counties in N.C., and all the way “beyond the beyonds,”to NYC and Paris, as well?  And what are the facts in the crime not reported in the ballad?  While I’m not ready to say that poems and song lyrics often follow the same conventions or pursue the same aesthetic aims, I am convinced that there’s a vital link between the two genres, and both interest me.

This particular song — rarely but more accurately known as “Tom Dula” — holds a high station in my imagination because I’ve heard the story told everywhichaway by my late friend and mentor John Foster West, a descendent of Laura Foster and author of The Ballad of Tom Dula, which sets the post-Civil War stage of the story, explains that Grayson is the bloodhound sheriff who apprehends Tom and complicates the matter by discovering some details about the role Ann Melton played in the slaying and the likely role of venereal disease as a killing offense in this little community.  John’s unweaving the many strands of the many versions leave the question of who wielded the knife pretty unclear and make it impossible to believe that Tom got due process, even if he was knifer or accomplice.

What John Foster’s book doesn’t do is tell us why audiences are so irrevocably drawn to stories of love murders “Omie Wise,” “Pretty Polly,” “Lord Randall”), why our passions, once stirred, tend to shape shift on us and get smitten and smiting all tangled up.  Poor Tom, with his banjo, his understated resolve, the noose’s shadow?  He’s clearly the figure of lament in the song.  But what about Laura (or Laurie)?  She’s evidently no felon (though rumored to be as loose as the rest of the cast) and just barely makes it into the song at all.  Perhaps this song and its many “translators” can’t bear to accuse a lady of beau stealing or passing on the pox.  What actually happened (and why) on that 1866 night in the Reedy Branch Community of Wilkes, near the Bates place on the Stony Fork Road the ballad does not mean to tell us, instead dwelling on the primal fact of the murder of a (putatively) beloved and the community’s revenge.  Missing elements are the two years it took to convict the Confederate veteran and why ex-governor Vance defended him pro bono.  Some haunting aspects of the lyrics, which reveal only the silhouette of the historical story, are: the narrator’s request or admonition that Tom bow his head and weep, the approach of Tom’s no-doubt bereaved (and perhaps ashamed, but the song is silent on that) mother, and the unemphatic manner in which males are warned of the consequences of violence toward women, not to mention Tom’s report that he took her behind the hill, which seems like Greek tragedy in its unwillingness to show the violence openly.  Fertile ground here.

As I review the many versions of the ballad and revisit the more dense narrative of John Foster’s book, I’m not shaken in my conviction that songs are not poems, and poems are not songs, but my faith that many examples from each genre merit and reward extensive scrutiny renews my fascination with artfully shaped language, even if the art’s characteristic ellipses involve coyness and more shadow than light. 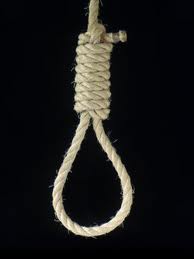