You began it the third fall you were alone,
and soon they surrounded you: mandolins,
mandolas, guitars — cutaways, dreadnaughts —
the upright bass.  You spent most of those nights
with the jazz guitar, learning Birdland and Twilight Time.
The others hung from inlaid necks, scrolled heads,
patient, mute, the way they hang now from
these walls.  You claim no wood is ever dead,

even if it’s gone to fire and risen as heat,
and think of them not as possessions but as guests
who will survive you, pass to other hands
the way they passed to yours.  Sometimes a name
called out, a cough, a laugh will echo here –our voices
in the hollows of their bodies, for now, sustained. 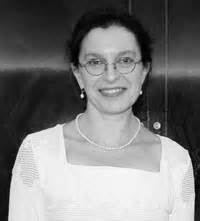 “Stringed Instrument Collection” is the last of an eleven sonnet sequence addressed to her husband Kent Ippolito and featured in Late Wife, published in 2005 by LSU Press and awarded the Pulitzer Prize in Poetry.  Henry Taylor  called the collection “miracles of observation rendered with secure craftsmanship,” and Deborah Pope identified the book’s subject as “loss weighed, survived, understood.”  The book is still available in both paper and cloth wrappers.

Emerson was born in Chatham, Virginia in January of 1957.  Educated at UVA and UNC-Greensboro, she taught at Washington and Lee, Randolph Macon, Mary Washington University and Virginia Commonwealth University.  She served as Poet Laureate of the Commonwealth of Virginia for two years and was on the staff of the Sewanee Writers Conference.  In 2006 she received the Pulitzer Prize and was later a Guggenheim Fellow.  Emerson was a contributing editor to Shenandoah for fourteen years.  Her other poetry collections are Pharaoh, Pharaoh; Pinion: An Elegy, Figure Studies and Secure the Shadow.  The Opposite House is scheduled to appear in March, 2015, with one further volume to follow.  Ms. Emerson passed away on December 4, 2014.