I was waiting for you
Where the four lanes wander
Into a city street,
Listening to the freight
Train’s whistle and thunder
Come racketing through,

To steeple-top again.
I thought of how the quick
Hair shadows your lit face
Till laughter in your voice
Awoke and brought me back
And you stepped from the train.

I was waiting for you
Not a little too long
To learn what swallows said
Darkening overhead:
When we had time, we sang.
After we sang, we flew. 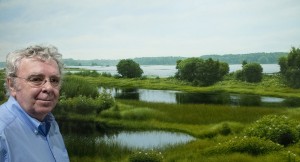 Gibbons Ruark was born in 1941 in Raleigh, North Carolina. Ruark graduated from the University of North Carolina in 1963. After obtaining his masters at the University of Massachusetts, Ruark was hired by the University of Delaware to teach.  In 1976, he met Irish novelist Benedict Kiely, who was visiting the university for a semester. The two became great friends, and Ruark made his inaugural trip to Ireland in 1978. He fell in love with the country, and has returned many times. Allusions to Ireland can be seen in many of Ruark’s poems.

Ruark’s poetry is known for being very personal, often elegiac. In his poem “Waiting for You with the Swallows,” Ruark showcases his knack for nostalgia.

The entire poem conveys a sense of transiency. He tells the story of a love that he once cherished, but that he seems to have lost. Two images, the freight train and the swallows, illustrate this idea of movement. 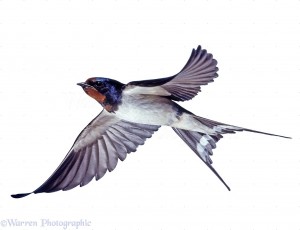 Swallows are known to be a symbol of love, affection and loyalty, in part because the swallow returns home to the same location every year to mate. Sailors also have a history of getting swallow tattoos, for multiple reasons. First, a swallow tattoo can denote that a sailor has returned home safely after a long trip away at sea. And second, when a sailor drowns at sea, a family member might get a tattoo of a swallow in honor of their lost loved one. It is said that the swallow will make sure that that sailor’s soul makes it safely to heaven.

Knowing this, Ruark’s choice to use the swallow as a metaphor becomes even more interesting. Ruark ends his poem with: “When we had time, we sang. / After we sang, we flew.”

The ending seems to suggest that “his swallow”–his lost lover–has flown away from their shared home. We are left hanging, wondering whether his lover will eventually choose to act like a true swallow and return to him one day.

“Waiting for You with the Swallows” can be found in On the Mason-Dixon Line: an Anthology of Contemporary Delaware Writers.