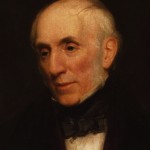 A sweet disorder in the dress
Kindles in clothes a wantonness;
A lawn about the shoulders thrown
Into a fine distraction;
An erring lace, which here and there
Enthrals the crimson stomacher;
A cuff neglectful, and thereby
Ribands to flow confusedly;
A winning wave, deserving note,
In the tempestuous petticoat;
A careless shoe-string, in whose tie
I see a wild civility:
Do more bewitch me, than when art
Is too precise in every part.

“Delight in Disorder” advocates the notion that true beauty lies in artlessness. According to the poet, structured artifice detracts from the accessibility of genuine, natural beauty. A woman free of fastidious adornment is thus more captivating, just as art that is not “too precise in every part.”

These ideas are emphasized by the style Herrick employs in this poem. Though it is composed of fourteen lines, “Delight in Disorder” does not follow the strictness of the sonnet form. Rather, it includes near rhymes, such as “tie” and “civility,” placed against true rhymes, such as “art” and “part.” This imprecision underlines the poet’s interpretation of beauty.

Robert Herrick was an English poet and clergyman in the 17th century. Much of his stylistic inspiration stemmed from the poet Ben Jonson, in addition to classical Roman literature and late Elizabethan poems. He wrote over 2,500 poems, in both English and Latin, which touched upon the topics of love, the female body, spirituality, and philosophy.

“Delight in Disorder” was published in Herrick’s collection of poetry entitled Hesperides, in 1648.

A boat, beneath a sunny sky
Lingering onward dreamily

In an evening of July—

Children three that nestle near,
Eager eye and willing ear,
Pleased a simple tale to hear—

Children yet, the tale to hear,
Eager eye and willing ear,
Lovingly shall nestle near.

Ever drifting down the stream—
Lingering in the golden gleam—
Life, what is it but a dream?

In “A Boat, Beneath a Sunny Sky,” Carroll conveys the implacability of time through images of its consequences—the “pal[ing]” of a “sunny sky,” the changing of a season, and the loss of wonder or innocence that often accompanies the transition to adulthood. The acrostic formed in the poem reveals that this insight sprung from an intimate seed, as it points to “Alice Pleasance Liddell,” the child who was once his muse. As one of the “children” who raptly listened to his “tale[s],” he witnessed her “eager eye and willing ear” be “slain” by the “Autumn frosts” of adolescence. He is now “haunt[ed]” by the ghost of her childhood self, and aches to realize that he won’t ever again see this Alice with “waking eyes.”

Carroll attempts to find solace in reminding himself that there will be more children to fill his “boat” and hear his stories. But he realizes that just as Alice shed her youth, these children will also inevitably “[drift] down the stream” from “Wonderland” to adulthood. The passage of time is water that flows and brings forth life’s vessel, leaving “golden” summers of youth to “fade” into “memories” that will eventually “die.” In the last verse, Carroll hauntingly echoes the nursery rhyme “Row, Row, Row Your Boat,” thus implying that this certain reality is as consuming and irrepressible as “a dream.”

Lewis Carroll was the pseudonym of Charles Dodgson, an English mathematician, logician, photographer, Anglican deacon, and writer. His literary works reveal a remarkable grasp of word play, fantasy, and logic. Carroll’s writing career was greatly influenced by his relationship with the Liddell family. The tales he told on a boat ride with three of the Liddell children, including Alice, would become the basis for Alice’s Adventures in Wonderland.

I’m going out to clean the pasture spring; 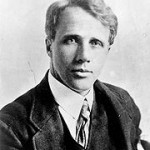 I’ll only stop to rake the leaves away
(And wait to watch the water clear, I may):
I sha’n’t be gone long.—You come too.

I’m going out to fetch the little calf
That’s standing by the mother. It’s so young,
It totters when she licks it with her tongue.
I sha’n’t be gone long.—You come too.

“The Pasture,” Robert Frost’s introductory poem for North of Boston, is a vehicle to express the intent of his poetry collection—to provide fresh insight and clarity that may “rake the leaves” that mar readers’ present perspectives. Frost underlines this notion by incorporating images such as “clean[ing] the pasture spring,” “watch[ing] the water clear,” and a “little calf” that “totters” when its mother “licks it with her tongue.” The theme of rebirth through cleansing links these images—the water is able to clear when the spring is cleaned, and the newborn is cleaned by its mother.

Frost follows these images with the refrain “I sha’n’t be gone long.—You come too,” essentially inviting the reader to experience North of Boston as a collection of poetry that will renew and refresh their worn souls. He is allowing the reader to accompany him while he actively returns purity to his surroundings, suggesting that this purity will also touch the reader.

Robert Frost was a four-time Pulitzer Prize-winning American poet. Much of his poetry demonstrates how he derived soulful insight from pastoral surroundings. 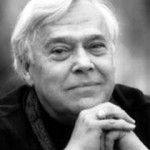 You’ve hauled me up and down the rocky island
Through blinding sun and swelter. Indoors again
In my room’s dry dim cool, you topple back
On my wide bed and nod off instantly—
Two decades older than the you I loved
In that long summer of our first communion
And only better for the time consumed:
Calmer, sure of all your rangy hungers
But undiminished (eyes and hair and limbs).
okI know your present skin and mind will take
Whatever I might offer now in tribute—
My hands, lips, music, all my tantric stunts,
Verse improvisations grand as Homer.
In thanks, I merely sit and tend your sleep.

“Recumbent, Sleeping” offers a portrait of a longtime couple that has gained enough of a sense of mutual understanding in order to bring utter “calm[ness]” and comfort to the relationship. Though the experience of “two decades” of commitment involved navigating “rocky” terrain “through blinding sun and swelter,” a “dry dim cool” place has presently been reached in the relationship. The volatility of “blinding” passion has “dim[med],” leaving behind a love, “undiminished,” that is expressed through a thankful tenderness in which the lovers totally accept one another.
……Reynolds Price was an American writer whose works included poetry, plays, essays, and novels. He was the James B. Duke Professor of English at Duke University, and was a member of the American Academy of Arts and Letters. He served as a contributing editor for the Shenandoah, and received an honorary doctorate from Washington and Lee.
……“Recumbent, Sleeping” was included in Shenandoah’s Strongly Spent collection of poetry (Shenandoah, 2003).