Let me not to the marriage of true minds
Admit impediments. Love is not love
Which alters when it alteration finds,
Or bends with the remover to remove:
O, no! it is an ever-fixed mark,
That looks on tempests and is never shaken;
It is the star to every wandering bark,
Whose worth’s unknown, although his height be taken.
Love’s not Time’s fool, though rosy lips and cheeks
Within his bending sickle’s compass come;
Love alters not with his brief hours and weeks,
But bears it out even to the edge of doom.
If this be error and upon me proved,
I never writ, nor no man ever loved. 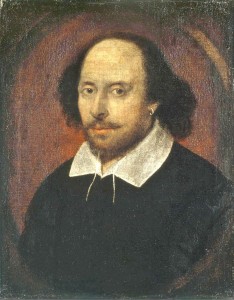 With the return of spring, love is finally in the air, so I thought it fitting to choose a love poem for the poem of the week. Shakespeare’s 116th sonnet, often read as a part of wedding services, has a line most everyone will have heard at least once in their life: “Love is not love/ Which alters when it alteration finds…?”, but few contemporaries who are not students of poetry have read the entire poem. As a sonnet, it consists of 14 lines in iambic pentameter that follow an abab, cdcd, efef, gg rhyme scheme. The speaker exalts all the wonders of love in this poem, and his closing couplet essentially is a promise that what he has said is true. Essentially, the speaker believes that love is capable of withstanding and overcoming everything, from the passage of time to doom itself. This optimistic view is what makes it so popular in marriage ceremonies.  The star is Polaris, the “ever-fixed mark” likely a lighthouse reference, the fourth and fifth lines’ variation from strict iambics one of the author’s signature winks, and the aggressive “O, no!” a signal of authority and indication that the poem is turning more emphatic, just in time for the tempests.  The final equation is reflexive in a persuasive and clenching fashion: that he has “writ” is indisputable,  for the reader is beholding the evidence as s/he reads.  The “proved . . . loved” slant rhyme gives the poem a satisfying closure, refusing to deliver a predictable one-syllable exact rhyme like “love . . . dove.”  This bard is not drab. 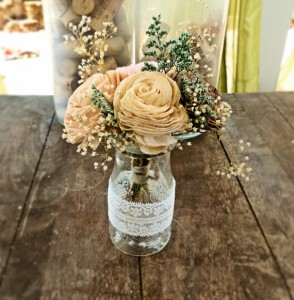 Though we’ve been told, “April is the cruelest month.”

Although she feeds me bread of bitterness,
And sinks into my throat her tiger’s tooth,
Stealing my breath of life, I will confess
I love this cultured hell that tests my youth.
Her vigor flows like tides into my blood,
Giving me strength erect against her hate,
Her bigness sweeps my being like a flood.
Yet, as a rebel fronts a king in state,
I stand within her walls with not a shred
Of terror, malice, not a word of jeer.
Darkly I gaze into the days ahead,
And see her might and granite wonders there,
Beneath the touch of Time’s unerring hand,
Like priceless treasures sinking in the sand. 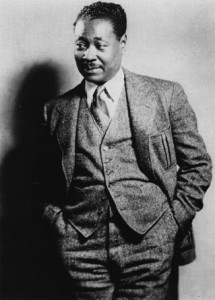 Claude McKay was born in Jamaica in 1889. From birth, he was steeped in a deep racial pride, which can be seen in most of his work. Early on, he was interested in the English style of poetry, and studies all of the greats like Milton and Pope. When he first came to the United States in 1912, he enrolled at Tukegee Institute, but quickly realized that university wasn’t for him and moved to New York City where he worked various odd jobs. It was during his time in New York that he began to understand the deep-seated racism of his new country, and it was then that he reverted back to writing in a Jamaican dialect style. Using his homeland for reference and inspiration, McKay became one of the most famous Harlem renaissance poets. He used his success as a platform for his race pride and for his crusade against racism in America. He published a number of collections of poems, including Harlem Shadows, which contains his poem “America.” Though his poetry received much praise from the Harlem crowd, he never gained enough momentum to secure a comfortable future. Ultimate, McKay died in a relative state of poverty and illness while working as a teacher in Chicago. 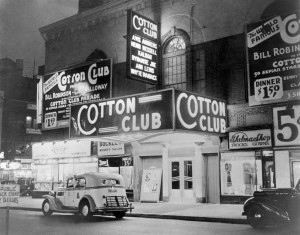 McKay’s poem “America” provides insight not only into his own thoughts on America and American racism, but also those of most blacks living in Harlem in the 1920s. “America,” though not written in dialect, has an obvious voice. McKay is not careful when describing the pitfalls of American society. He shares the hellishness of being a black man in a white world, calling life in Harlem the “bread of bitterness.” However, McKay is quick to turn around and praise the potential of a better future, claiming no feelings of terror or malice, but rather capturing the spirit of American optimism.

“America” was originally published in The Liberator in 1921.

Seraphim,
The lost hosts awaken
To service till
In moonless gloom each lapses muted, dim,
Raised when she has and shaken
Her thurible.

And long and loud,
To night’s nave upsoaring,
A starknell tolls
As the bleak incense surges, cloud on cloud,
Voidward from the adoring
Waste of souls. 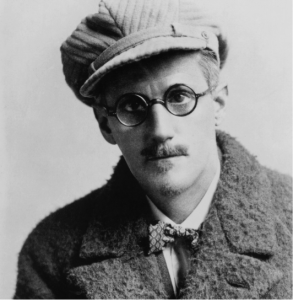 Irish novelist and poet James Joyce was born in Dublin on February 2nd, 1882, and became known as one of the most influential writers of the early 20th century. This narrative innovator is admired for his novels Ulysses (1922), A Portrait of the Artist as a Young Man (1916), and Finnegans Wake (1939), as well as his short-story collection Dubliners (1914). Joyce also wrote several books of poetry, including Pomes Penyeach (1927) a collection of short lyrics in which “Nightscape” appeared. 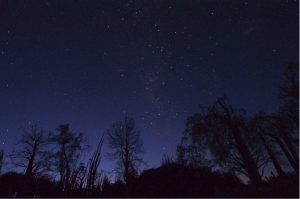 James Joyce’s illustrates the evening sky in “Nightscape” as a reverent and mysterious place, accompanied with religious images. Joyce uses the night sky as the “sindark nave” (6) or physical space of worship that the angels, or “Seraphim” (7) and “hosts” (8) exist in, with only the stars as torches to provide light. The word “sindark” is one of Joyce’s neologisms that he is known to insert into his work, providing character and unique translation to his sentences. “Nightscape” contains images of Joyce’s Catholic upbringing, such as an angel shaking a “thurible” (12), an apparatus used to spread incense, or in this case, clouds across the night sky. Joyce’s religious illusions do not create a completely joyous tone, however, as a “moonless gloom” (10) surrounds the heavenly imagery. The dissonance apparent throughout the poem is perhaps an illustration of Joyce’s view of the vast disconnect between earth and the heavens. Joyce places himself among the stargazers upon earth, the group that he describes as “the adoring waste of souls,” extending the contrast between the power of the holy night and the meekness of the earth.

I’ve heard it in the chillest land –
And on the strangest Sea –
Yet – never – in Extremity,
It asked a crumb – of me. 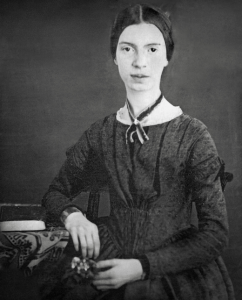 American poet Emily Dickinson, born on December 10, 1830, grew up in Amherst, Massachusetts. Raised by her father, Dickinson attended lectures at Amherst College throughout her adolescence, which influenced the subjects of her poetry, especially focusing on nature and on the self. She attended Mount Holyoke Female Seminary for only a year, leaving to pursue her poetry. William Wordsworth and Ralph Waldo Emerson impacted her writing, as well as Charlotte Bronte and William Shakespeare. An introverted, secluded woman, few of Dickinson’s poems were published during her lifetime. Dickinson died at the age of 55 on May 15, 1886. Close friends Thomas Wentworth Higginson and Mabel Loomis Todd published the first collection of Dickinson’s poetry in 1890, but the two edited and altered the content and structure of the poems. R.W. Franklin published the first unedited edition of her poetry in 1998. 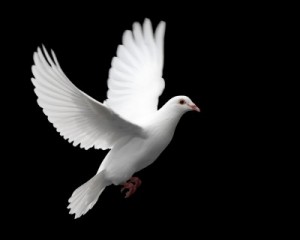 Dickinson incorporates the themes of nature and of the individual self in “ ‘Hope’ is the thing with feathers.” The poet portrays hope as a resilient songbird that “perches on the soul” (line 2) and lives within the individual. Hope withstands the harsh weather, for “sore must be the storm – / That could abash the little Bird,” (line 6-7) enduring life’s challenges and obstacles, asking for nothing in return from the individual. It accompanies the individual throughout all phases of life, from the “chillest land” (line 9) to the “strangest Sea” (line 10). Dickinson writes the poem in “common measure” (alternating iambic tetrameter and iambic trimeter), using dashes to create pauses within the lines. The breaks force the reader to stop and ponder on each phrase, creating a moment of self-reflection and contemplation of the hope resting within the audience’s individual souls.

O CAPTAIN! my Captain! our fearful trip is done;

The ship has weather’d every rack, the prize we sought is won;
The port is near, the bells I hear, the people all exulting,
While follow eyes the steady keel, the vessel grim and daring:
But O heart! heart! heart! [5]
O the bleeding drops of red
Where on the deck my Captain lies,
Fallen cold and dead.

O Captain! my Captain! rise up and hear the bells;
Rise up—for you the flag is flung—for you the bugle trills; [10]
For you bouquets and ribbon’d wreaths—for you the shores a-crowding;
For you they call, the swaying mass, their eager faces turning;
Here Captain! dear father!
This arm beneath your head;

It is some dream that on the deck, [15]
You’ve fallen cold and dead.

My Captain does not answer, his lips are pale and still;
My father does not feel my arm, he has no pulse nor will;
The ship is anchor’d safe and sound, its voyage closed and done;
From fearful trip, the victor ship, comes in with object won; [20]
Exult, O shores, and ring, O bells!
But I, with mournful tread,

Walk the deck my Captain lies,
Fallen cold and dead.

In honor of President’s Day, here’s a tribute to our sixteenth president, Abraham Lincoln, by American poet Walt Whitman (1819-1892). Although President’s Day falls on George Washington’s birthday, it would be difficult to ignore the intention behind “O Captain! My Captain!,” a poem written to honor a well-loved president and commemorate one of the most important events in United States history, the Civil War. 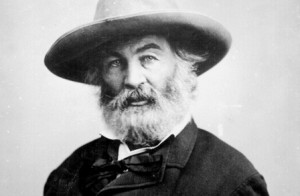 Written in 1865, this poem’s undertones are victorious because the Union has won the war and slavery will be abolished. Whitman, like Lincoln, was an abolitionist who supported the Union. In the first stanza, the speaker rejoices beside the poet’s hero, exclaiming, “our fearful trip is done;/ The ship has weathered every rack, the prize we sought is won” (lines 1-2). The prize is the abolition of slavery and being the winner of the war, but it does in fact come at the price of war and bloodshed, as the speaker turns to his Captain who has “Fallen cold and dead” (line 8). Although the first stanza begins with a joyous tone, it ends with the crushing realization that the speaker’s hero, his “dear father,” is dead. 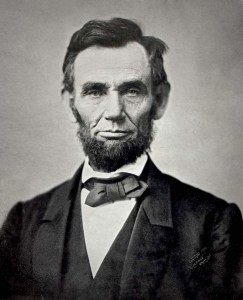 The next two stanzas  a similar conflict between jubilant excitement and solemn mourning the loss of the Captain. In the second stanza, the speaker attempts to coax excitement from his captain, drawing attention to the “ribbon’d wreaths” and “shores a-crowding” in honor of his arrival (line 11). In the third stanza, the speaker realizes that his love for his Captain leads him “with mournful tread” to “(w)alk the deck (his) captain lies” while bells are ringing and citizens celebrate (22-23). While this poem carries a patriotic tone with the speaker’s love for his captain, it also highlights the sadness brought on by war, even those with victorious outcomes.