Elizabeth, I loved the way you broke

that horse, how you put your careful

hand against his shoulder, you

showed him where to turn. I’ve worked

all my life not knowing where to put

my hands, how a poem responds

to pressure, knows where it wants to go.

I ride past the new houses to the church

where the coyotes ran your horse

into the fence so many years ago.

He was nine months old. I watched

the pastor help you lift him from

the ground. You were so calm,

holding his bent leg in your hand

while the pastor removed the barbs.

The horse was quiet, his young hip

jerked out of place. I followed you

walking that horse two miles back

to the house. I tried to remember

where you put your hands, in case

I would ever have to do this myself.

How much more I had to learn. 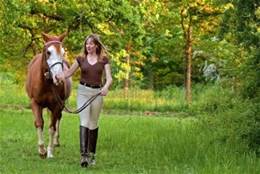 Though the title of this poem is “How To Lead A Horse,” the focus is more on the woman than the horse. This poem by Josh Wallaert is directed at this Elizabeth, though her name is only used that one time. The use of her name as the first word of the poem is powerful, letting the reader know that what follows is meant for her. His use of first person along with his addressing makes the piece personal as well as concrete, implying that this wasn’t a hypothetical situation. This stylistic choice makes the poem read as though it is a personal letter or thought that the narrator is having; an inner dialogue and look into the mind of the narrator.

Wallaert’s stream of consciousness is effective in conveying his deeper thoughts to the reader. The single stanza with its short lines and the enjambment of the sentences provides a meditative sound without the use of rhyme, along with the casual tone and structure, which make the poem very intimate and understated.

There are two separate horse events in this reflection; the first is the memory of Elizabeth breaking the horse, and the second is coyote incident where the horse is stuck in the barbed wire. The concept of “breaking” a horse is ironic, because after it is broke, it is considered fixed and better than it was before. So, the first horse is broken in a positive way, but the second horse is almost “broken” for the worse. The scene of the horse in the barbed wire is visceral with the use and succession of “bent leg” and “hip jerked,” which is enhanced by the repetition of tactile words throughout the poem.

Wallaert takes this image of touch and steering a horse with your hand and relates it to the process of writing a poem. His admiration for her patience with training the horse is helping him figure out how to write a poem, and leading him to the realization of the patience and attention to details needed to do so. The process of starting with the draft, nudging it along, and by the end having something tangible that has been created and manipulated, like a horse being broken.

Along with the repetition of touch throughout, there is the presence of the pastor and church, which are brought up twice. The incorporation of these images into the poem gives both processes, breaking a horse and writing, a sacramental aura.

The final thought that he leaves the reader with glances over the fact that the barbed wire situation could have gone terribly wrong, but instead goes back to focusing on the process of writing that he is trying to figure out; ending his train of thought with a final admiration of her patience.

“How To Lead A Horse” was originally published in volume 59.2 of Shenandoah: The Washington and Lee University Review in 2009. 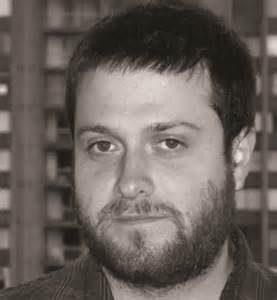 Josh Wallaert is currently the senior editor of Places Journal, and has been previously published in TriQuarterly, The Gettysburg Review and Southern Review. In 2007 he co-directed Arid Lands, a highly acclaimed environmental film.  Wallaert is originally from Oregon and now resides in San Francisco.