Am I to be cursed with a curdled tongue
for the length of this luminous season,

with words that lap and lean, snap
at the prospect of the bridle, synapses

gone awry, in need of a mechanic
to span the airy gaps,

and what of the fugitive festival barker,
who practically sang my salvation

my lips, else this stutter stagger on,
prove too formidable an opponent;

where has that man run, and with what
map might I track him? 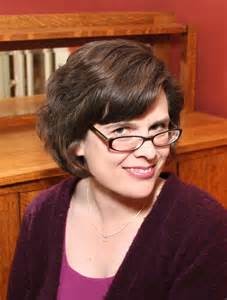 Sandy Longhorn is the author of three books of poetry, The Alchemy of My Mortal Form (Trio House Press), The Girlhood Book of Prairie Myths (Jacar Press), and Blood Almanac (Anhinga Press). Longhorn recently joined the faculty of the Arkansas Writers MFA program and the Department of Writing at the University of Central Arkansas.

Longhorn’s “The Tonnage of a Toxic Secret” says much in seven brief couplets, a poem about the problems of utterance. A poem this musical invites analysis of the lovely sound textures—features I partially analyze below—but the central success of the poem lies in its capacity to become a kind of glossolalia, to speak almost ecstatically about the tongue’s inability to speak.

The movement of Longhorn’s poem surprises with the introduction of the barker who only “practically” sings a “salvation” for the narrator, but who ultimately absconds with the linctus of language, a figure for whom the narrator searches—and, indeed, by virtue of the poem’s clarity, has already found.

Anything but precipitous, the poem’s momentum and aural splashes provide a nervy urgency, a paradox of sonic finesse—despite the speaker’s “curdled tongue,” the premise of stammer and stumble, the poem blossoms into a lush expression filled with consonance and assonance, “with words that lap and lean, snap / at the prospect of the bridle, synapses,” even if the speaker suggests that these synapses have “gone awry, in need of a mechanic / to span the airy gaps….”

Simultaneously, Longhorn’s metrical combinations are delightfully tricky, as in the double anapest of “fugitive festival” followed by “barker,” a trochee that seems to truncate the line, or the ditrochee “stutter stagger” (reminiscent of Hopkins’s “Heaven-Haven”) that forces the tongue and eye to pause, succeeded by a line tumbling with “formidable,” a primus paeon.

Even as the sounds might seem at first unrestrained in Longhorn’s piece, the sense depends on their intricacy and headlong force, a combination that creates a beautifully brief and complex poem, a piece that invites repeated readings.