He has never dreamed of being a lake
in the high mountains, and he wonders why.
Surely there could be no better, in the way
of dreamy aspirations. To be clear and cold
and swum through by trout. To allow the sunlight
far into your depths, to have depths no one
will ever visit. To be ceilinged by ice
and many feet of snow in winter, to shine pure blue
into the pure blue of the sky, to show the stars
the stars, to be drunk by wild animals
and to admit an occasional human,
who, because of the memory of having been there,
might dream of being there. Being, there, being
not a visitor but a dreamer, dreaming
a lake is what he always wanted to be. 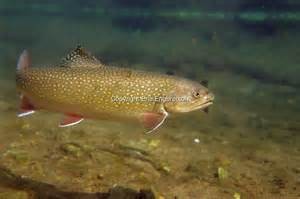 Robert Wrigley has always written beautifully textured poems about the non-human world and the ways human beings interact with this world—whether metaphorically or otherwise. “Being a Lake” engages a phenomenological (“Being, there, being. . .”) approach, in which the poem’s narrator speaks of a man who focuses on becoming an object that he cannot be–or why he has never focused on such, even as he imagines a lake-consciousness and an acquiescence to this consciousness.

The words “to be” abound in the poem, each forming a rhythmic connectivity and repetition that dapples the poem with an incantatory, shamanic quality.

“Being a Lake” strikes me as a beautiful “prelude” to Richard Hugo’s early poem “Underwater Autumn,” in which the narrator has become the water, the element, as Wrigley writes, “swum through by trout” and “drunk by wild animals.” Here are the first two stanzas of Hugo’s poem, in which the narrator’s elemental consciousness can see, and perhaps be the water and all within in it, even the dreams of fish:

Now the summer perch flips twice and glides
a lateral fathom at the first cold rain,
the surface near to silver from a frosty hill.
Along the weed and grain of log he slides his tail.

Nervously the trout (his stream-toned heart
locked in the lake, his poise and nerve disgraced)
above the stirring catfish, curves in bluegill dreams
and curves beyond the sudden thrust of bass.