“What we were is never what we are.”
—Richard Jackson, “Riptide”

How long the letter from what we were takes to arrive
at the moment in which we acknowledge that all too familiar return address
is a question I’ll leave to more serious poets on this end of March day.

I’d rather watch crows bluster their way through the airwaves,
hawks surf the thermals. I’m weary of poets
whose small voices never come singing through windows
and sheer curtains. Today let them keep their mouths shut,
their windows wide open. It’s March, after all, having come in
a lamb and departing a lioness, stalking my backyard

and leaving her paw prints alongside the wildest of wildflowers
waiting to be named. The horn-whiskered periwinkle,
the claw-footed fiddleback, the undaunted scarlet penstemmon.
I’d rather read field guides, repeating the whimsical names
of our niche-dwelling mussels about to be wiped out by backhoes
and bulldozers. Pimpleback. Snuffbucket. Monkeyface
pearlymussel. Don’t let their names be forgotten,
I‘d pray if I prayed, though just naming a thing is a prayer

wrote Simone Weil, turning her face toward the Almighty
silences. The silences. Where would we be
without them, what were we, what will we be, oh to be,
and again be, that damn linking verb. I’d rather be tracking
my lioness up to the rim of that mountain top,
I’d rather let be and let go. Let the grass
cling, the hawks soar, the lioness squander another day
trying to find what she’s looking for. Give her another day,
I ask the Almighty. Give the birds one
more day scolding the rapscallion squirrels stealing birdseed.
I rest my case, carapace, my own little voice trawling
the silences, the bully wind boasting its presence in present-tense,
no linking verb to shut down the show. Let
my lioness lounge in the sally grass. Licking her paws.

In “Trawling the Silences,” Kathryn Stripling Byer turns away from the dissonant, often raucous world of “po-biz” to create a poem that unapologetically delights in the imaginal and the sonic. The poem, punctuated with humor, engages a serious topic: the need to find genuine texture and context, to find meaning and sanctity in “silences” and existence itself. In this poem, there is no calculated intellectual befuddlement, no submersion in abstractions, no delta of narrative dead ends.

The poem is bold, empowering, and delights in the lusciousness of odd diction, so much of which is dredged from the common names of wildflowers and other creatures; “horn-whiskered periwinkle” and “snuffbucket” are two of my favorites. Byer’s narrator urges to not “let their names be forgotten.” She says, “I’d pray if I prayed, though just naming a thing is a prayer. . .” The poem thus becomes a thankfulness for specificity, for the nearly synesthesiac force language can have if revealed clearly and deferentially.

The lioness in the poem is thus a protector of poetry that touches the emotions and the intellect equally, that employs the minutiae of the world to delight in its vastness while respecting the meaning and manner that powerful poetry must have. 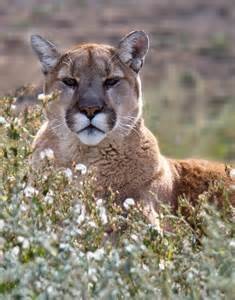