Even the red shingles chipping and scarred
on the roof of the Kangaroo Express
mattered once. And, the starry aftermath
of insects smashed across the windshield
bright in the foreground of sunlight
and the weft of fog. And, also, sunlight,
and fog. This morning the trees
discuss custody of the light
below the last blare of a thunderstorm
and the gliding crows calling
like nails cleaved from wet wood—
it is all the sound the spirit makes. And so
it is easily misheard in the early morning
for wind or the downshift
of a Sterling salt-truck miles away. Still,
you go out barefoot into the gravel
and listen. This morning you think
of other rituals—of the Buddhist monk
imprisoned in a country which only exists
on ancient maps, who scraped red clay
from his cell wall, enough to write
a single line of poetry, the dust of each letter
lasting the life of a mayfly.
He feared nothing. Not starvation,
or the sun as it picked at his open sores,
not execution. You think, but only remember
the living. This morning three boys
show you a dead dog
they found in the park, half-shaded
by briars. Its brown fur
slack over the bones, like linens placed
over the body of a king. Where is it written?
The name for the thing left behind
when its life goes off and becomes memory?

Because you believe the spirit speaks
in a voice no louder than the heartbeat
of a moth lost in the darkness,
you know it might be impossible
to hear. This morning you’re home. In a room
at the other end of the hall
your mother undresses
touching the horizontal scar on her stomach
where a scalpel cut you into this world—
where the light rushed in like a hawk
and was sewn up,
left glittering in the blood. Downstairs
your stepfather is eating cereal
with a fork. Almost done, the metal prongs
slide against the bottom of the bowl.
This is what you have been waiting for. 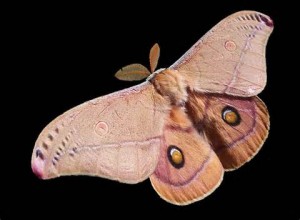 With Matthew Wimberley’s poetry—and particularly in a poem such as “In the Morning, the Spirit Begins to Speak”—I feel a poetic kinship and am revivified by the narrative fluidity, the ways in which he assimilates the natural and human worlds. Wimberley’s voice is confident, even as the mysteries of his poetry depend as much on what is not said as his radiantly telescoped metaphors: he is a master of emphatic aposiopesis, the withholding of full utterance to dignify the inexpressible, just as much as he is beautiful turns of phrase:

Because you believe the spirit speaks
in a voice no louder than the heartbeat
of a moth lost in the darkness,

The narrative movement is reminiscent of the delicacy and vivid surprise of James Wright’s work and Larry Levis’s elemental focus. The sense of place and circumstance are rendered beautifully and believably in this poem, creating a piece that invites the empathy of readers through its ebb and flow—its subjective and unexpected leaps into profound images that synthesize the outer and inner worlds.