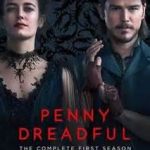 Over the past decade I’ve developed a tendency to wince at the abundance and popularity of fiction (on the page or on the screen) featuring zombies or humans with “super powers,” fiction that defies physics and ignores metaphysics, while paying little attention to period accuracy or cause and effect.  The flying, impenetrable, laser-visioned heroes and monsters (alien or resident) who seem to have stepped right out of Marvel Comics and exist primarily in a world where architecture is demolished all the chilling glamour of flame and smoke the imagination can summon fluster and bewilder me, especially late at night, like a kind of mental restless leg syndrome.  As the element of intrigue in adventure stories diminishes, the characters with amazing powers shrink to insignificance.  The formulaic structure and speed-writing style of such stories (and I admit many are cinematic, rather than literary) remind me of the Perry Mason novels my father consumed and bodice rippers my mother preferred when I was a child – unresourceful, timid and routine.

Whenever a superism-fan (or horror buff or sci-fi addict) recommends that I read a zombie book about flesh-eating humans in a gloomy future or teenage werewolf clans at war, I want to recommend Tristram Shandy, To the Lighthouse, As I Lay Dying,  Moby-Dick, Suttree, Wise Blood, In a Time of Cholera (Marquez?  I know; the territories sometimes get foggy as the dockside streets of England.).  I have this pedantic urge not because I’m completely ossified around some benighted notion about “realisme” so much as because I think a credible cosmology and sociology open the gate for believable motivation and consequential human conflict.  Maybe I just want empathy-arousing characters who may be metaphors and conceits but are never merely metaphors and conceits.  I also crave wit and music, energy and density, a style in which things may be said that cannot easily be unsaid.  And Lordy do I want to be surprised.  I’m aware that this is starting to sound like the run-up to a curmudgeonly rant.  Relax.  I’m aiming for a little more suppleness, receptivity, tolerance, perhaps more due to TV series than Allende, Oates or Colson Whitehead.  I do have an abiding appetite for mischief, and I’m always eager to see the conventions subverted or skewed.  But without sacrificing the “problems of the human heart in conflict with itself.”  You know that spiel.

One of the most engaging elements in the series (which runs just over 24 hours, if you’re thinking of binging) may be the opulently dreary, variously populated and textured Victorian London setting and the narrative’s ensemble character exploration, which results both from writer John Logan’s deft, researched writing and some fine acting by Eva Green, Josh Hartnett, Timothy Dalton, Billie Piper and others.  Nobody is merely a werewolf with Larry Talbot’s horrific but simple dilemma.  In PD, nobody is truly righteous, no path is wholly decent.  And as these ingredients might suggest, it’s a blend of mystery, thriller, romance, historical adventure, a veritable clustermuster of powers, problems, metaphysics, legions of shadows and blood, revenge remorse and suffering, both societal and individual.  And compassion, a soupçon of mercy sprinkled like a pinch of ceremonial salt.

As genres collide and systems knot and fray, while social classes and belief systems reveal their secrets and lies, a complicated moral code emerges, leaving the viewers anxious, empathetic, hypnotized and amazed.  It is a riveting experiment in genre-busting and textual cross breeding, which, like that other infamous macabre cable drama Deadwood, is uneven in its shifts from one subplot to another and runs out of story wind before it can reach anything resembling a satisfying resolution.  The western genre of Deadwood provides Penny Dreadful with more than a whiff of gunpowder; it features – trains and snakes, a shootout in a church, the quest for the stolen maiden (think The Searchers) and the Great Eastwood Outdoors, all orchestrated toward supernatural conflagration.  It is, despite the garish prosthetics and firepower, the story of a group (a sort of Magnificent Several) of people all seeking what means most to them – a daughter, forgiveness, faith, the scientific truth or, in Gray’s case, a genuine experience of fear.  And each member of this cadre of weird folk is dedicated, on peril of death, to preventing the fall of ultimate, theological and supernatural night.  But strip away Miss Ives’s severely lavish gowns and her powers, pistolero Ethan Chandler’s lupine mayhem and Sir Malcolm’s privilege and high style as a world explorer, and you still have characters who would transfix you as soon as they entered a room and began to speak.

At the close of the third season, Penny Dreadful abruptly ended after a battle royal between forces of light (almost a ring fellowship) and darkness.  Over, but what a ride, especially if one rents it now and watches an episode a night instead of having to wait between episodes and seasons.  No devotee of the superhero/zombie/pandemic /massmurder deluge in current “Arts & Entertainment,” I have made forays and taken cell samples, determined to find some sustenance in the ubiquitous jettison of “realistic” conventions.  Still, give me William Trevor, Marilynne Robinson, Roth and Rash any day, or most days, but my affection for Atwood and Oates has always kept me lurking on the thresholds of the speculative.  If nothing else, the Penny Dreadful series has taught me a few things about the tensile strength and flexibility of genre, tone, point of view and the lamentable limitations of my own tolerance.  Logan’s grim and smoky tale and manner of telling argued that there might be more ways to skin a cat than were dreamt of in my philosophy.

So far along this journey I’ve discovered two guideposts to aid me in my private explorations of genre (descriptive) and “genre” (pejorative).  If a narrative includes literary or historical characters who have lived a full and scrutinized life outside the work in question, I prefer them to operate now on the fringes and margins, like Hamlet in Stoppard’s play.  This tactic will circumvent a lot of tedious calibration between, say, Doyle’s Holmes and some new American isotope of the consulting detective.  A wonderful example is Jon Clinch’s Finn, in which Pap occupies center stage and creates his own petite guignol.

And if there are to be supernatural creatures, I want their nature to reflect in part the systems of spectral and spiritual mystery which have already attracted significant following and analysis, voices from ancient dialogues in our bookish childhoods.  In other words, no vampires as specimens most interesting for their peculiar lethal dentition and magical properties.  I want Christianity, particularly Catholicism, with its language, lore, ceremonies as a counterforce so that my old efforts at willingly suspending disbelief will be of use.  The same with zombies, whom I still imagine as primarily entwined with voodoo, Caribbean culture, St. Anthony and the confrontation (or, sadly, lack thereof) of imperialism and slavery can enlarge the eerie story and mine for deeper sources and sins.  And perhaps, it now occurs to me, that I prefer to keep my supernaturalism, to some degree, in the past.  Whenever I think seriously of the threats to our present world, the vampires, reanimated dead people, zoomorphic nocturnals and so on seem almost petty in a world threatened by climate catastrophe, social media mania, impending nuclear conflict and scary clowns trump the folkloric and religion-moored terrors that have long populated supernatural literature.  Right now the nightly news offers horrors enough to keep anyone in shivers and not much concerned with the midnightly news.

As I was pondering how to wind down this late night ramble, I came across in The New Yorker a review of Jeff VanderMeer’s new novel Borne.  Laura Miller’s opening description of the book was appealing and made me wonder if the dystopian fantasy brigade was evolving in the direction of my appetites – “a harrowed, poisoned, semi-ruined city,” sympathetic survivors who must scavenge to survive and are terrorized by “a ravenous giant bear,” peril and cross-species mystery and dread.  But I learned quickly that, unfortunately, the bear, named Mord, can fly.  Pretty soon the review is describing all manner of unlikely beings, particularly a squid-like hybrid creature whom the protagonist chooses to parent, and even Miller admits that the narrative approaches “the threshold of the incomprehensible.”  The review of Borne runs a few hundred words, but already I was Bored, my imagination wrestled but not blessed.  So perhaps I’ve turned out to be almost as cantankerous and intractable as I’d suspected before I discovered Penny Dreadful.  In the end, I suppose it’s a matter of where the border of the plausible exists for each reader, and the range of stories I’ll applaud and be left wanting more of has grown a little, but not enough to contemplate the mischief of Mord (though I’ll still welcome most any foggy news from the supernaturally-charged London of Miss Ives and Sir Malcolm Murray as they strive to resist the ominous Amunet and combat the irrepressible evil spirit of Ammon-Ra.).

And so to bed, and so tomorrow.  A penny for your thoughts.