At Your Own Risk Mate 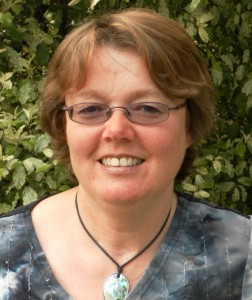 Sandi Sartorelli lives in the Hutt Valley of New Zealand. She has recently completed a degree in Creative Writing with Whitireia New Zealand. Some of her work has appeared in 4th Floor, Blackmail Press, Conversations Across Borders, Eye to the Telescope, Poems in the Waiting Room, The Mozzie, and Valley Micropress.  She is also known as Abra Cadabra.

Sandi Sartorelli – At Your Own Risk Mate
The sign said Enter At Your Own Risk and I want you to know
I nearly didn’t go. If it had said Danger Keep Out maybe I would’ve
gone home. Like I could pass this up. As we stepped into the dark
I said white rabbits and sent a quick plea to the Virgin Mary,
always cover the bases, so my ex used to say.
Who’d of thought I’d be pissing myself over a walk

through the tunnel? Remember that tightrope walk
I did in one of them youth circus courses, you know,
where you swing trapeze for 12 weeks, and they get you to say
how great you are. That everything’s all better now, wouldn’t
go with the homies if you paid me. You believe it too, till Mary
offers a drink and a tab, suddenly you’re back on the dark

side where you belong. Lasted nearly 13 weeks, darkest
year of my life. Sober is so fuckin pathetic. Highlight was a walk
to the dairy. I wander home again with my tobacco, and Mary’s
sitting in the gutter totally wasted. Looks like shit but I know
she’s a trillion times more alive than I am. Wouldn’t
go straight for a Big Wednesday, but it’s true what they say

you have to try these things. Anyway, I wish I could say
I didn’t worry about going with Gordon in the dark,
but there’s a reason he’s the ex. After the fork attack I said I wouldn’t
have him near me, but last night he texted a proposition. Have a walk
together through to Maymorn, just like the old days. I knew
it wasn’t smart but I’m healed. Besides, these days he’s with Mary.

He swore it’d be okay, all I had to do was be there. Mary’s
old lady has cancer, he promised me the meds. What else would I say?
Back in hospital they gave it to me and the moment it hit I knew
I could still feel. Morphine holds you tender in the darkest
moment of your pain. And the release. There’s nothing else, a walk
with Gordon was a stroll in the park. Chances were he wouldn’t

get it up anyhow. For my hands on the morphine I would’ve
gone with the 2nd Fifteen or said a hundred hundred Hail Marys.
Forty metres into the tunnel, all of a sudden he stops walking,
lets go my hand. I’m alone in the black except I know he’s there. Say
something. But he doesn’t. Can’t help it, I’m a shaking pussy in the dark,
stand there so long I hear whispers, see the outline of a girl I know

is not even there. She wouldn’t play his games, one thing I will say
about Mary, she’s not cruel. A hand rips into my crotch from the dark.
He walks me, he trashes me. And there’s no meds, somehow I just know. 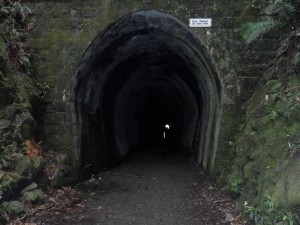 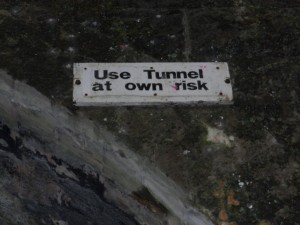 1 Response to At Your Own Risk Mate