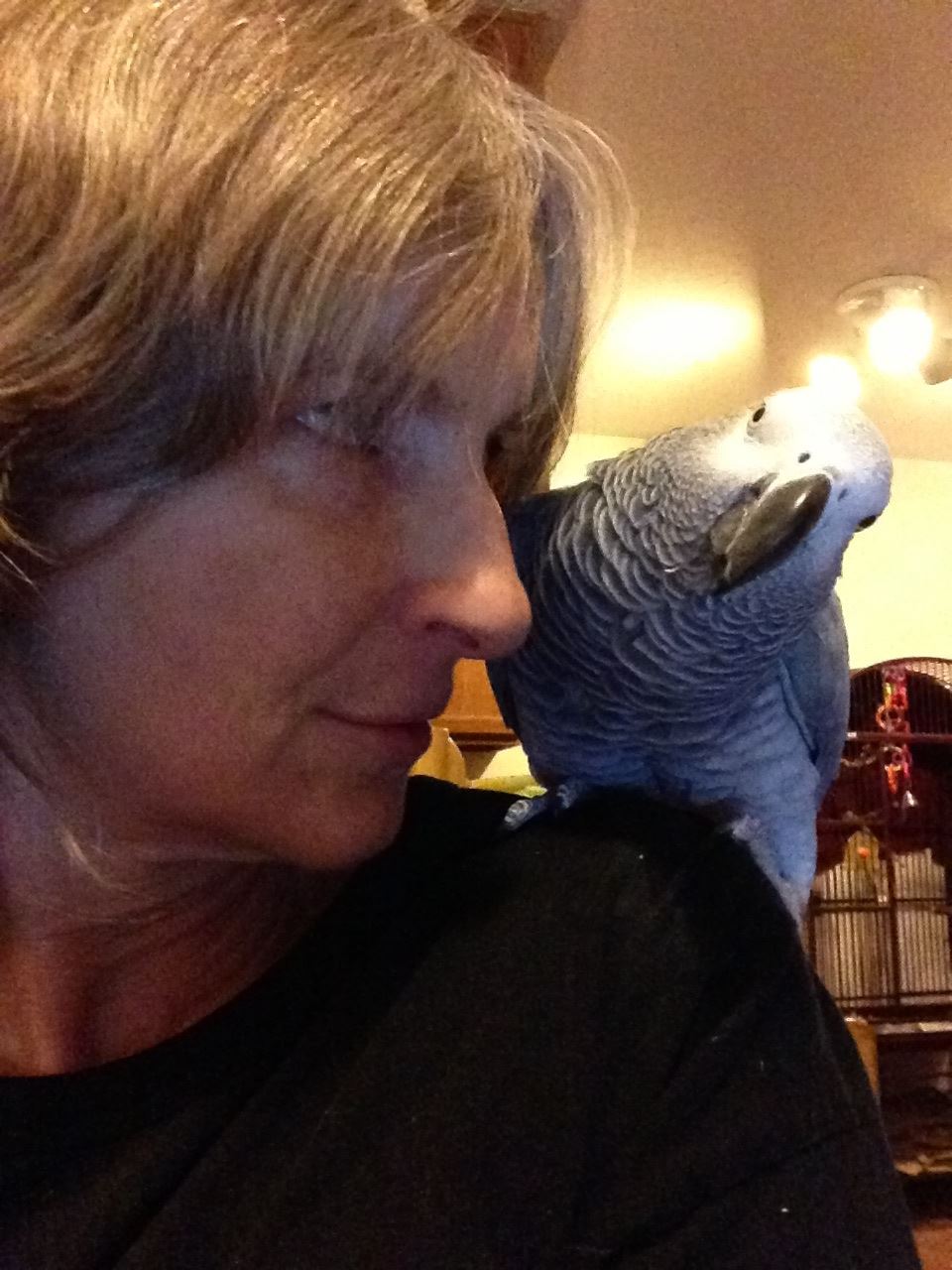 The real existence of an enemy upon whom we can foist off everything evil is an enormous relief to one’s conscience. You can then at least say, without hesitation, who the devil is; you are quite certain that the cause of your misfortune is outside, and not in your own attitude.

In 2003, I had the audacity to send my entire novel, Hermosa, without invitation or inquiry, to Ontario Review Press. Joyce Carol Oates generously read the manuscript and replied with a brief, cogent critique focused largely on the ending; she added a request to see the revised work again. Naively, I’d believed my book a fait accompli, ready for publication—I’d already put it through ten or twelve drafts. I’d met Joyce Carol Oates on a handful of occasions after readings in Atlanta and talked with her as she signed whatever new books of hers I’d acquired, and once I’d had the honor of introducing her before a reading. Otherwise, she did not know me. Now, rather than feeling encouraged by the enormous gift I’d received from this great author, I felt disheartened and immobilized. In the years after, I went back to the book to trim the fat and sharpen scenes, and I thought through ways to improve the ending. For the most part, I let the work sit untouched.

I’d drafted the first several pages of what would become the novel on January 5, 1993. Back then, every Tuesday’s mail brought a flyer featuring an advertisement alongside a photo of a missing person and a list of that person’s vital statistics. Week after week found me disturbed by the printer’s choice to reproduce the photo in a ghastly shade of blue. On that particular Tuesday, I got the idea for a character, a woman who recognized the missing child on the flyer as a neighbor girl she knew her young daughter had killed. I imagined this woman carrying the secret, haunted by what she knew, yet refusing to come forward—less as a way of covering up her child’s actions and more from a fear of how she herself might be implicated as a negligent parent.

The same day I wrote those pages, I filed them away.

Nearly six years passed before I set to work on what would finally become a complete draft of Hermosa. Now I envisioned the character of Vera, the mother, narrating the story under substantially changed circumstances. Her daughter Jordie’s killing of the neighbor girl Darl is no longer a secret—and although Jordie’s status as a juvenile offender means her identity can never be made officially public, it has not guaranteed her or her family anonymity. Jordie’s refusal to confess to or say what she knows about Darl’s death compels Vera to reconstruct the events, motives, and dramatis personae in a way that won’t reflect poorly on her as a mother. In short, she is driven to piece together a version of the truth that she can live with, a version that allows her to save face.

A memoiristic, first-person narrative struck me as the best storytelling strategy, but bringing it off successfully presented a major challenge. The story Vera tells is one she “knows” not so much through participation and witness, but through obsessive research after the fact, stitched together with surmise and occasional remembered observations. Given only dots, she connects them by freely and fully inhabiting other people’s points of view—a kind of first-person impressionistic omniscience.

Finding fictional predecessors, especially contemporary ones, that might provide models for such a POV proved nearly impossible. The story-within-a-story structure of such novels as Frankenstein, Wuthering Heights, and The Turn of the Screw had always intrigued me, but that sort of onion-peel narrative layering wouldn’t work for Hermosa. Then Ford Madox Ford’s 1915 novel The Good Soldier came into my ken. In it, first-person narrator John Dowell tells the tale of a decade-long friendship marred by marital infidelity and suicide. He not only assumes the POVs of the other main characters, with whom he has had close personal contact, but he also projects himself into the POVs of people he’s never met. No matter these projections, the POV always belongs to Dowell; ultimately, he manipulates the narrative of his “saddest story.”

“Why,” one early reader asked, “did you choose this point of view?”

In sum, I wanted to create a narrator who reveals herself primarily by the projections she imposes on others. Projection has fascinated me for many years, long before I learned the name for it during my undergraduate studies in psychology. Even now, I’m assailed by a run of quotes I know by heart that are related to the topic:

We tell ourselves stories in order to live.

I am all the things you think of me, every one of you, but I am also many more.

—Edward Albee, All Over

[T]his making up scenes about them, is what we call “knowing” people…. Not a
word of it was true, she had made it up, but it was what she knew them by all the same.

—Virginia Woolf, To the Lighthouse

I am rubber; you are glue. Whatever you say bounces off me and sticks to you.

Carl Jung’s theory of projection best illuminates the basis for Vera’s POV and the license she takes in occupying other people’s points of view. In “General Aspects of Dream Psychology,” he writes:

Just as we tend to assume that the world is as we see it, we naïvely suppose that people are as we imagine them to be. … All the contents of our unconscious are constantly being projected into our surroundings.… Cum grano salis, we always see our own unavowed mistakes in our opponent. Excellent examples of this are to be found in all personal quarrels. Unless we are possessed of an unusual degree of self-awareness we shall never see through our projections but must always succumb to them, because the mind in its natural state presupposes the existence of such projections. It is the natural and given thing for unconscious contents to be projected.

He further asserts that projections often spring from real properties existing in the object, and so it is that Vera’s view of and through other people is often constructed from qualities and viewpoints they actually possess. At the same time, the narrow aperture through which she views others prevents her from seeing the many other attributes they possess.

Vera’s projections reveal her values, convictions, and deep prejudices, as well as her limitations and fascinations. As I drafted and revised, I worked hard to assure that her fault-finding and one-dimensional judgment of other people didn’t flatten characters I intended to portray as round. This feat shouldn’t have been so difficult. A thirteen-year-old girl whose life has met a violent end and her grieving mother should easily evoke compassion. But Vera paints one as a rebellious bully and the other as a negligent and emotionally incontinent narcissist. She most often depicts her twelve-year-old daughter as sullen and strange and rarely acknowledges that Jordie is also intelligent, humorous, and lonely. In order to come across as complex and multidimensional, each of the characters had to behave in ways that Vera could never predict or fully explain; they had to catch her off guard. Never did I feel more certain that I’d mastered this challenge than when two vastly different readers, years apart, asked of the two girls, “Are they gay?” Nowhere does the novel explicitly refer to the sexual identity of Jordie or Darl—Vera isn’t versed in this way of interpreting the world and cannot allow such a possibility for her own daughter—but I have always viewed the two girls as united in queerness, recognizing it in the other even if neither has yet formed a name for it or admitted it to be a truth about herself.

Despite this assurance that the other characters have developed lives well beyond the scope Vera has imagined for them, I have struggled to return to the novel between each major revision. My reason is that Vera is not a sympathetic character. She’s not intended to be. She wants no pity; neither does she earn it. She is icy, aloof, materialistic, manipulative, self-satisfied, private, and solitary. She has no wish to draw attention to herself, and any time she indulges a subtle glimpse that might allow a feeling of warmth toward her, she deflects it quickly. If Vera were a real person, I wouldn’t like her. As a reader, I don’t mind and sometimes enjoy “unlikable” characters and narrators. If the book is good—with a plot that keeps my interest or features scintillating diction or other characters who gain my sympathy—I’m happy to keep turning the pages even with a narrator who is someone I wouldn’t suffer in real life, much less gladly. Writing such a character as a first-person narrator, however, has been daunting. With each of the twenty or so drafts, I’ve found it increasingly painful to project my imagination into Vera Sinclaire Fleming’s POV and let her and it guide the writing. Hermosa comes in at about ninety-five thousand words, just under three hundred pages. Many readers can easily invest the hours and days it takes to read a story of that length, even one told by a narrator like Vera. But the months, years, and now decades I’ve spent writing the book have exhausted me. I’m proud of my creation, but I’m done with it.

Early in 2016, I finally figured out how to end the novel. Several drafts later, I again felt confident that the work was strong. I entered it in several contests. It was selected as a finalist in most of them. That’s been true every year I’ve submitted it, including this one. And when the rejections come, they often include encouragement. In December 2017, one editor called Hermosa “amazing” and said it “deserves to be out there. Shop it around. You’re ready.”

Now I’m weeks away from seeing the first chapter published by Shenandoah, and I want a different ending to this novel. No, I don’t want to tell a different story within the novel; I want to tell a different story about it. I want to commit to the next level of work: to circulate it and seek representation until I get to see my book in print and hold it in my hands. I imagine it clothbound in forest green and a book jacket showing the backs of three young girls walking a white German shepherd down a street called Hermosa.

—with gratitude to JCO, SA, RB, and Beth Staples

Marisa P. Clark is a queer Southerner whose writing appears in Cream City Review, Nimrod, Epiphany, Foglifter, Potomac Review, Rust + Moth, and others, with work forthcoming in Louisiana Literature, Ponder Review, and elsewhere. She was twice the winner of the Agnes Scott College Writers’ Festival Prizes (in fiction, 1996; in nonfiction, 1997). The Best American Essays 2011 recognized her creative nonfiction among its Notable Essays. She reads fiction for New England Review and makes her home in New Mexico with three parrots and two dogs.