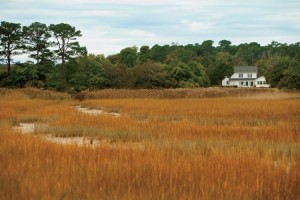 I’ve heard how creatures common as swallows
feel floods coming, hail and cyclones,
how dogs howl hours before clapboards fracture
and glasses rattle from their shelves,
how farm-town prophets watch not for comet
or planets aligning, but study instead
columns of ants climbing the cypress,
blackbirds, like scattered smoke, lifting from wheat,
and fish dimpling the still surface of ponds; they say
such is the honeybee’s knowledge as barometers drop
and continents grind miles beneath our feet —
truer than rheumatism, hip pins, or steel plates aching
when the future funnels down from clouds.

Take my uncle, for instance,
who often swore he saw harbingers —
he told me that even as gulf winds
helix into hurricane, brood mares kick
and cows give milk bitter as strychnine.

Many Sundays I heard aunts and grandparents
tell of storm birds whirling inland,
cicadas gone quiet, their clamor in the trees
fallen to chapeled silence.

These were the women who scalded jars
and set the jam pots boiling, cast their predictions
as spoons glistened, crystalizing with sugar
Their husbands, likewise,

knew what signs to watch — yearly signals
more certain to them than tillage,
than incense of burnt cane
hazing acres before the reaping.

But no one’s left in my family
to speak each season’s dialect, the language
my uncles once culled from fields—
gossip of cotton rows withered,
breezes parched enough to scour the silos
and creekbeds dried to cobble.

And no one’s left to believe
the landscape’s revelations, those prophecies
of bough and birdwing,
though I still recall the voices
filling my grandparents’ kitchen,
filling it with talk of harvests and warnings,
tin roofs torn to razor
and whole barns blown heavenward.

What’s to be done
once our future funnels down
and the divinations
of ants and honeybees
prove useless —
and blackbirds fail to rise
like hieroglyphs,
no grammar of wingspan
wheeling upward into omens?
Such obvious logic
defies all warning: how time
spirals everything away,
tears plank from girder,
topples the house
where psalms and recipes
papered my grandmother’s pantry.

Or maybe loss itself
redeems the details —
those Sabbath afternoons
I spent listening to kitchen-talk —
as if winds could burnish
the trivia of years,
myths of weather and weeping statues,
could whip the flame-ripened fields
until the bright spires
quicken toward harvest. 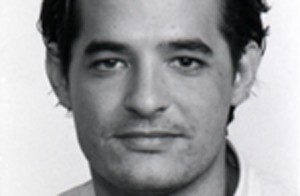 Kevin Meaux was born in Kaplan, Louisiana. He teaches at Lamar University in Beaumont, Texas. His poems have appeared in Poetry, Image and Prairie Schooner. His book of poetry, Myths of Electricity, received the Robert Phillips Poetry Chapbook Prize.

Being from Louisiana, the poet must understand how a Southern drawl can sometimes lend credibility to ghost stories. He must have grown up with reports of pseudo-supernatural happenings and mystical methods of prediction. These make for a magical upbringing and are the product of the human dependency on nature that develops in farming communities. In “Landscapes and Omens”, the narrator remembers superstitions of the past and mourns their loss as time moves him away from magic and toward logic.

This poem is separated into four sections. The first of these tells of old superstitions, the second of memories of the narrator’s past, the third of the narrator’s present, and the fourth of his worries about the future. As the poem progresses, the lines of poetry grow shorter, representing the funneling down of the future. The lines of the first section of “Landscapes and Omens” are broad on the page and seem to leave room for superstition. Those of the last are constricted and precise, like the logical future they represent.

The poet’s nostalgia can be understood whether or not one grew up in a community that put stock in omens. Memories of people and practices lost to time’s progression are dear to us all. It is an unhappy event when a child decides that the floor is not actually lava or that his grandmother’s pies may not really be the best in the world. However, the author is able to take comfort in the fact that his feeling of loss causes him to remember more dearly the details of his past. He rescues history with his memory, and suggests to his reader that he or she may do the same.