ON HEARING THE WATERTHROUSH AGAIN, JEFFERSON

ordered a Nebbiolo, briskmost vintage,
to be fetched from the cellar;
ordered Lilly, their overseer,

to deliver the canal men
an extra whiskey ration by
the same car, mule-drawn, that hauled

wilder than the day’s measures
of rain, last storm a gusty pelting
around five, followed by blue

countless geese, turtles, a green heron,
wood ducks in pairs. My fits of head-ache
that dawn he’d inked have stuck some days

hours. Stingers, still. Yes, everything reeked
of abundance, the strafe & groan beneath
all growth, banks a forge where blossoms

were sparks rising from that hammer
no hand ever bears. Even the river –
siltslappy Rivanna – seemed to have grown

wings, a throat lusty and coarse. He heard
molt. Heard vowels, their origins, too,
but knew only the lost could follow such

speech, if speech, and turned for home.

Thorpe Moeckel’s language (with “briskmost” and the tactile and fresh “siltslappy”) and syntax firmly locate the reader in sight and in taste of the hilly country of Jefferson’s post-bellum estate Monticello (“little hill”) in western Virginia, its work rhythm, its routines and surprises.  Even the title’s “again” alerts us to the dynamic of constants and variables that characterize the owner’s belief in both convention and invention.

Swiftly the location is populated by nature and humans — thrush, overseer, canal men whose signature libation is whiskey, in contrast to the famous planter-diplomat-autodidact, who prefers wine.  As soon as labor is alluded to, I think of the unmentioned field workers who live on the margins and move across the big house via underground passages.  They are the unheard actors in this play.

As the spring colors begin to assert themselves, the accomplished master surveys his wonders and the larger matters of weather and the panoply of birds, which Moeckel names and describes just enough to animate them and register their beauty.

Just as the elegance and privilege of the place begin to seize us, the flaw in the glass appears, Jefferson’s “stingers,” headaches evidently as recurrent as the joys of the estate.  So, yes, “abundance,” but also the “strafe & groan” of it all, and the subtle presence of the invisible wielder of the great hammer  not guided by human hand.  The thrush and its cousins make even the river seem a winged thing with its own song. . . .  But I’m already saying too much because, aware that to follow the thrush’s song is to follow the lost, Jefferson hears the foreign syllables and knows they are not his to claim.  The unsaid and the unsayable hover behind this piece, and it presents a beautiful, plangent ending, this reminder of man’s separateness and his distance from the near glory.  At least, that’s how I choose to see it.  Birdsong and headache defining the braid of his life, and he’s not even president yet, though already, in 1794, entangled in the complication which will influence the way we see him and designate him not  just genius but enigma and a man holding the wolf by the ears more closely that he dares to reveal.

Moeckel’s brushwork is deft and delicate, but the imagery and psychology he reveals are durable, drawing from the wilderness and discipline Jefferson attempted to wed in order to prosecute his dazzling but flawed vision.  And the “milktongue” pleasures of saying it aloud are not to be minimized.

Thorpe Moeckel writes both prose and poetry and is the author of six books, the most recent Arcadia Road: A Trilogy.  He is an Associate Professor at Hollins University, where he directs the Jackson Center for Creative Writing.  His awards include fellowships from the N.E.A. and the Sustainable Arts Foundation, as well as the George Garrett Award from the Fellowship of Southern Writers.  “On Hearing the Waterthrush Again, Jefferson” appears in Monticello in Mind: Fifty Contemporary Poems on Jefferson (UVA Press, 2016), edited by Lisa Russ Spaar and available from the press, bookstores and Amazon. 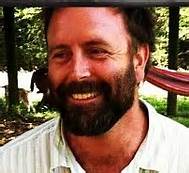