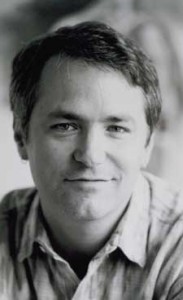 The artist featured in the fall issue (coming next week) is Billy Renkl. A native of Birmingham, AL, Renkl received his BFA in Visual Communications from Auburn University and an MFA in Drawing from the University of South Carolina. Renkl’s work has been featured in many exhibitions, with solo shows at the Cumberland Gallery (Nashville, TN), The Tennessee Arts Commission, Vanderbilt University, Marguerite Oestreicher Fine Arts (New Orleans) and the University of Kentucky. As well, his work is shown in permanent collections at the University of Alabama at Birmingham, the Tennessee State Museum, the College of Notre Dame and Kiwanis Club International. Renkl is also an illustrator, with clients such as SouthWest Airlines, Vanderbilt University, Poems and Plays, and Rigby Publishing. This is not Renkl’s first time working with Shenandoah, as he created two covers of the magazine when it was in print form. Throughout his art, Renkl uses old images and documents, maps, sheet music, letters, and diagrams to show how beauty can come from unique sources. The collages and creations use different mediums and often have a botanical theme. Renkl chooses to work solely with his hands and tools because his texts and images originate from before the digital era. He believes this maintains their historical integrity, allowing him to derive art from their past. Currently, Renkl teaches drawing and illustration at Austin Peay State University in Clarksville, TN. 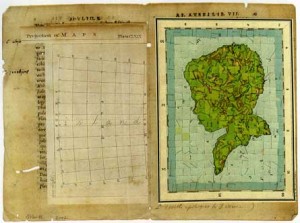 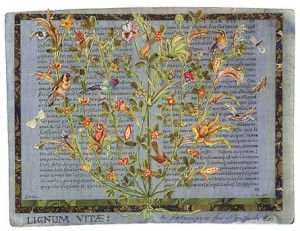