Though he remains known primarily as one of the most distinguished authors of African American dialect poetry around the turn of the 20th century, Paul Laurence Dunbar also penned noteworthy non-dialect pieces such as this one. Though short in length (just three stanzas) and relatively simple in construction (only two phonetic rhyme sounds repeated, with a non-rhyming refrain concluding the latter two stanzas), “We Wear the Mask” speaks illuminatingly to the complex emotional juggling act that black Americans were forced to engage in to cope with the prejudice and bigotry of their white neighbors in the post-bellum United States.

Dunbar begins and ends his piece with the title-phrase, “We wear the mask,” as well as concluding the middle stanza with it. The mask that “grins and lies” refers not to an actual piece of costuming, but to the face people put forth when they feel the need to act content and happy even though their true emotional state falls far short of carefree bliss; in fact, the poet states that it is “With torn and bleeding hearts we smile.” This duplicitousness derives not from a desire to deceive maliciously, but rather simply to maintain mental stability. Dunbar asks “Why should the world be over-wise / In counting all our tears and sighs?” because the world he speaks of often views him and others of his skin color through the distorted lens of racism, and would not look sympathetically on his genuine frustrations and concerns. As a result, he remains content to “let them only see us, while / We wear the mask.” 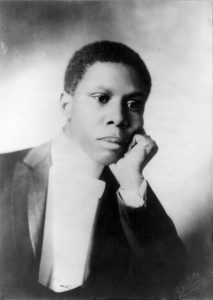 At the same time, Dunbar stresses at various points how this practice of wearing a mask of false-positivity is only done out of utter necessity, and the very fact that such masks are required for African American people to sustain themselves is inherently perverse and damaging. When he writes, “We sing, but oh the clay is vile / Beneath our feet and long the mile,” the soil he speaks of is American, yet some of his fellow Americans choose to let bigotry and racial-hatred fuel their conduct. The American “clay is vile” because not all Americans are abiding by the mantra that ‘all men are created equal.’ Dunbar describes the mask and its significance to highlight the bigger problem: the need of such masks in the first place.

Efficacious in its emotion and keen in its brevity, “We Wear the Mask” has the potential to be glossed over as a work merely commenting on the social pressure to appear happy. We all tend to smile to those we see at the grocery store and at dinner parties, hoping to avoid giving any glimpse of our true, less-composed mental state, lest we get drawn into unpleasant conversation. But to reduce Dunbar’s poem to just a ‘be true to yourself’ slogan would be missing the message entirely. He writes of the mask not to criticize its implementation, but to give voice to the “tortured souls” of black Americans that lie shrouded beneath masks, to articulate their longing for the day when disguising real feelings about their second-class treatment will no longer be necessary.

I know that I shall meet my fate
Somewhere among the clouds above;
Those that I fight I do not hate
Those that I guard I do not love;
My country is Kiltartan Cross,
My countrymen Kiltartan’s poor,
No likely end could bring them loss
Or leave them happier than before.
Nor law, nor duty bade me fight,
Nor public man, nor cheering crowds,
A lonely impulse of delight
Drove to this tumult in the clouds;
I balanced all, brought all to mind,
The years to come seemed waste of breath,
A waste of breath the years behind
In balance with this life, this death.

This past Spring, I spent four weeks in Dingle, Ireland as part of a English and Religion study-abroad program here at Washington and Lee University. During three months of preparatory coursework and the month spent in the country itself, our class discussed the life and works of W.B. Yeats more than any other Irish literary figure. I vividly remember sitting in the still serenity of a Catholic chapel, poring over this poem (one of a few written by Yeats to memorialize his dear friend Lady Gregory’s son, Robert, who died by friendly fire while flying for the British RFC in World War I), feeling an immediate attraction to the seemingly at-odds qualities of tension and balance imbued in the work.

Writing from the perspective of Robert Gregory, Yeats takes the first two lines to point out that the pilot likely understood that death in combat was an expected reality, but then pivots in the next two lines to discuss the socio-political and patriotic difficulties Robert faced while serving: “Those that I fight I do not hate / Those that I guard I do not love.” The English oppressed the Irish brutally and unfeelingly for centuries, and Ireland was not even a sovereign state at the time of this poem, so taking up arms on England’s behalf must have been a terribly difficult thing to do for Robert. It was not simply a case of siding with the ‘good guys’ versus the ‘bad guys’ for him; rather, Yeats makes clear that “A lonely impulse of delight” was the reason the man decided to become a pilot. Adrenaline, not “law,” “duty,” or “cheering” crowds” compelled Robert. Instead of pointing to some bland, cliché patriotic fervor on Robert’s part, Yeats chooses to highlight a more realistic, more human motivation within his poem’s subject. 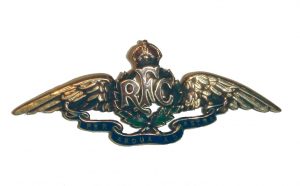 Though this evident tension weaves throughout the elegy, Yeats counters it delicately with a sense of inner-peace, achieved both through his word choice and the poem’s structure itself. A sixteen-line work, it seems to be a ‘stretched sonnet’ of sorts. Though unlike in the sonnets of Shakespearean or Petrarchan style, Yeats chooses to adopt an alternating A-B-A-B-C-D-C-D … rhyme scheme, where no end-rhyme repeats beyond its two initial uses. This pattern drives the poem forward with fresh sounds every four lines, yet provides a comforting predictability for the reader. When these structural choices are paired with lines such as the poem’s conclusion (“I balanced all, brought all to mind, / The years to come seemed waste of breath, / A waste of breath the years behind/ In balance with this life, this death.”), which itself features “balance(d)” twice, the reader feels the same calm in the face of mortality that Yeats seeks to express on Robert’s behalf.

When writing this elegy, Yeats faced the same challenges that plague and have plagued every writer who attempts to do the same: how do I, the living poet, capture the essence of a person who has passed on and present it to the world in a manner worthy of their memory? The fact that he penned more than one poem to honor Robert Gregory demonstrates just how futile he must have thought it was to try and write an appropriate elegy in one go. Though Yeats may have felt that “An Irish Airman Foresees His Death” was an insufficient standalone tribute, I believe the poem presents an elegant and sophisticated portrayal of a man facing his death with mixed feelings, yet finding a transcendent peace “among the clouds above” at the very end.