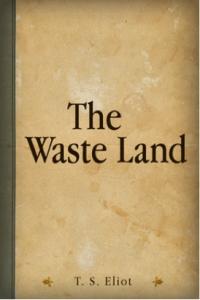 I.  That Corpse You Planted Last Year in Your Garden

November surprised us, Congress undone again,
whiff of dread in a drift of mothballed coats.
When we were children, we didn’t know we’d always
be children, that the sun would stoop every
year, suddenly reddening a crowd of houses.
Inside ours, mannequins sneered at unwary
looters and putrid hordes closed in.
Yet when we sat up late instead of packing,
cat on your thighs, iridescent pixels
mirrored in our glasses of beer, I could not
pull the plug. Neither asleep nor awake
but cosy with horror.
Oed’ und leer das TV.

Pittsburgh, unreal. I read for much of the drive
through the resentful Alleghenies.
Monsters crawl through the pentameter
of George Romero’s Waste Land.

Enmities buried last year in drifts
of wrapping paper, will they shrug off their ribbons?
The Monroeville Mall locks its doors with a snick
on the stroke of nine. Keep the undead hence,
whose gas-guzzlers veer from lane to lane.
Hypocrite reader trapped in the refrain. 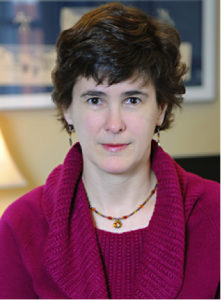 Lesley Wheeler was born in New York, raised in New Jersey, and residing in Virginia since 1994. Wheeler has published several books including The Receptionist and Other Tales (Aqueduct, 2012), Heterotopia (Barrow Street, 2010), Heathen (C&R, 2009), Voicing American Poetry: Sound and Performance from the 1920’s to the Present (Cornel, 2008), The Poetics of Enclosure: American Women Poets from Dickinson to Dove (Tennessee, 2002). Wheeler also published the chapbook Scholarship Girl (Finishing Line, 2007) and coedited Letters to the World: Poems from the Wom-po Listserv (Red Hen, 2008). Her poetry collection, Radioland, will be published in 2015. Wheeler is currently the Henry S. Fox Professor of English at Washington and Lee University.

Lesley Wheeler’s poem, “Zombie Thanksgiving”, delves into the concepts of lifelessness after life – the zombie experience, the apocalyptic nature of zombies, and the hopelessness of it all. Wheeler’s poem was published in Issue 29 of Fringe magazine. Her poem is comprised of five sections; each section is numbered and titled and delves into the zombie experience. Wheeler’s references to “The Waste Land” in this poem reveals that Eliot’s poem is, at its heart, a zombie poem. Wheeler’s poem, dense with allusions to Eliot’s, mirrors the form and the content of “The Waste Land”. Her poem as a whole includes dozens of references to Eliot’s, including the titles of her sections and her overall themes and structures. “Zombie Thanksgiving” portrays a family traveling during the Thanksgiving holiday, discussing the origins and implications of zombies.

This analysis will focus primarily on the Section I of Wheeler’s poem, “That Corpse You Planted Last Year in the Garden”, but the poem in its entirety can be found on the website for Fringe (http://sundresspublications.com/fringe/lit/longer-poetry/zombie-thanksgiving/). This section begins with a reference to the month of November, a parallel to Eliot’s mention of April in Section I of “The Waste Land”. Wheeler’s line walks the edges of wakefulness, “Neither asleep nor awake / but cosy with horror”. It reveals the limbo between life and death that a zombie occupies. The zombie has not traveled on to a world outside of our own, but also cannot quite occupy the same space on earth as the living. The following line, “Oed’ und leer das TV” refers to Eliot’s line “Oed’ und leer as Meer”, or “desolate and empty the sea”. Wheeler’s line plays on this, saying: “desolate and empty the TV”. This line portrays hopelessness and darkness of the world – where is emptiness found? Do the zombies occupy empty space or is it felt in the world of the living? Wheeler’s poem winds through the Allegheny Mountains and discusses the infectious notion of a zombie apocalypse during Thanksgiving. Wheeler’s allusions leave the reader questioning, is Eliot’s “The Waste Land” a zombie poem?