I taste a liquor never brewed—
From Tankards scooped in Pearl—
Not all the Vats upon the Rhine
Yield such an Alcohol!

When “Landlords” turn the drunken Bee
Out of the Foxglove’s door—
When Butterflies—renounce their “drams”—
I shall but drink the more! 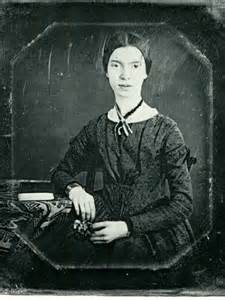 Emily Dickinson may not have been the most seasoned drinker, but she understood its sensations well enough to create an extended metaphor that is still remembered in the literary community today. Cleverly, in this poem, she uses inebriation to describe her elation while interacting with nature.

The opening line of the poem is a curious one, which has been a source of questioning for poets and attentive readers over the years. Liquor is not brewed, but instead is distilled. Whether this word choice is accidental or deliberate is unclear. Dickinson may well have simply not understood the way that liquor is made, not having spent much time consuming alcohol. However, three different forms of alcohol are listed in the opening stanza alone. After liquor, Dickinson references “tankards,” metal or ceramic mugs used to consume beer, and follows up this beer reference with an allusion to fine wine produced in western Germany- Rhine. It is unusual that she includes (or combines) all three, and may suggest that this initial mix-up is intentional.

In terms of meaning, the opening stanza suggests that Dickinson is intoxicated by something far better than what we commonly experience. The liquor is finer than crisp beer served generously as well as some of Europe’s most esteemed wine. It is, of course, figurative however, this stanza initiating what becomes the poem’s extended metaphor.

In the second stanza, we discover the actual subject of the metaphor- experiences of nature in all its forms. Dickinson is “inebriate of air” and “debauchee of dew.” In simpler terms, she feels drunk—euphoric—from the crisp breeze and has overindulged in admiring the wet dew on the grass. These are sensations of summer, she clarifies. She strolls happily and without worry through the land of “molten blue,” that is, the sky, which she illustrates as an inn where she would go to drink. Dickinson offers little explanation as to why she feels about these elements of nature in the passionate way that she does, but perhaps it is because she does not know. This lack of clarity makes her choice of metaphor very effective; alcohol inspires feelings and actions that are often inexplicable or even rash.

Dickinson continues the poem with a slightly altered approach, in the third stanza depicting the difference between how she can experience nature compared to the creatures that benefit from it in more practical ways. Bees seek the pollen of flowers such as a foxglove, but are often forced away from these flowers by others. Could humans be the landlords that Dickinson refers to? Beekeepers, perhaps, that drive the bees away from flowers so that they themselves can admire the flowers without the possibility of a sting. Butterflies, too, “drink” from flowers, but for whatever reason are sometimes unable to do so. Dickinson, on the other hand, points out that these instances don’t inhibit her from her inebriated experiences in nature. On the contrary, when animals are unable to indulge in nature, she will simply “drink the more.” This distinction highlights the element of greed that results from alcoholic consumption, but may also imply human greed or insensitivity among its living peers like bees and butterflies.

Her admiration does have limits. Dickinson closes the poem by suggesting that she will only stop celebrating the outdoors either when winter hits or when angels gaze in amazement at her love for nature. She feels guided by the expectations of “seraphs” and “saints,” which raises her religious mindset: a theme that runs throughout the rest of her work. The metaphor comes to a close at the ultimate stage of inebriation, that is, alcoholism. By referring to herself as a “tippler,” “leaning against the sun,” she interestingly introduces the idea that there may be an admiration for the environment that is simply too much. In a drunken state, she finds herself resting dangerously against the object that brings light and life to her earthly joys of dew, air, summer, sky, flowers, bees and butterflies. Leaning against the sun literally, of course, is suicidal, which suggests Dickinson’s caution against overindulgence. The liquor never brewed must be savored responsibly. 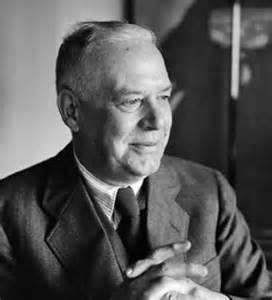 I placed a jar in Tennessee,
And round it was, upon a hill.
It made the slovenly wilderness
Surround that hill.

The wilderness rose up to it,
And sprawled around, no longer wild.
The jar was round upon the ground
And tall and of a port in air.

It took dominion everywhere.
The jar was gray and bare.
It did not give of bird or bush,
Like nothing else in Tennessee.

******************
A famously philosophical poet, Wallace Stevens strokes the page with creative images to explore the truth of the world around us. Often these images are the stuff of dreams and the symbolic paintings you might find in a modernist gallery, in this case a usual object in an unusual setting. In the poem, Stevens depicts an empty, gray jar placed on top of what seems to be a barren, likely grassy hill somewhere in “the wilderness.” In doing so he makes a contemplative statement about society’s perception of itself in the world.

Stevens writes from an interesting perspective in this poem, that is, in the first person. He makes no effort to divert any potential underlying disdain towards mankind upon a random character or the general population. Instead, he begins the poem by saying “I placed a jar in Tennessee,” and follows it up with his own observations. His honesty and confessional style are incredibly effective because rather than feeling accused, the reader accepts his story and should consider how Stevens’ view of human presence in nature is actually a societal understanding and not a personal one.

Stevens uses the jar as a metaphor for mankind and its creations in an otherwise non-human world. The final two lines of the first stanza and the opening two lines of the second describe how society subjugates everything else in the eyes of people within that society. Barren and plain, the hill is nothing to speak of before its interaction with man, especially as it is surrounded by the “wild.” But as soon as the jar rests on the hill, it becomes the center of attention and makes what was once wild now appear messy, boring, and insignificant. Stevens states the transition of his outlook when he writes, “It made the slovenly wilderness / surround that hill.”

Not only does the wilderness become sloppy in the presence of human order, but it actually makes a desperate, futile effort to become more orderly, Stevens suggests. He writes, “The wilderness rose up to it, / And sprawled around, no longer wild.” He illustrates, let’s say, trees, reaching out to meet the hill’s height but unsuccessfully falling , sprawling – lying flat and no longer unique. This image suggests the narrator’s notion that nature wants to fit into human society, the pinnacle of existence, but does not. The most important part of this statement, however, is that it is nothing more than the narrator’s notion; it is solely self-centered human perception that drives nature outside the realm of importance.

The final stanza describes the society’s emptiness or lack of quality substance in contrast with its overbearing impact on everything else. Stevens uses two consecutive lines to demonstrate this powerful contrast: “It took dominion everywhere / The jar was gray and bare.” The jar is a dull gray, but more importantly, it is empty. The object that represents humanity is a gray jar with literally nothing inside it. It does not offer anything to the world, like nature offers animals, vegetation, life or “bird” and “bush,” as he puts it. The “wilderness” element of Tennessee, or for that matter of the world, does offer substance, but despite this, the jar stands elite in its surrounding. At least, according to us.