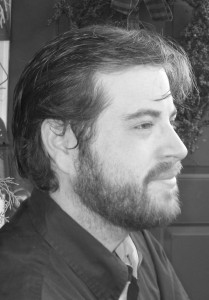 Shenandoah: The Washington and Lee University Review (shenandoahliterary.org) is pleased to announce the appointment of William Wright as assistant editor. Wright, a poet, teacher and independent editor, has served for two years as a contributing editor to the journal, and in his new capacity he will be responsible for assignment of reviews and recommended readings and will work closely with the editor on special issues and art design.

Wright is the author of four full-length volumes of poetry, including Tree Heresies (forthcoming) and Night Field Anecdote (2011), as well as several chapbooks. He is series editor and volume co-editor of the multi-volume The Southern Poetry Anthology from Texas Review Press and has already ushered into print volumes on Georgia, Mississippi, The Appalachians and others. Wright is currently co-editing Hard Lines: Rough South Poetry (USC Press) and is founding editor of the web-based Town Creek Poetry.

His own poems appear in The Kenyon Review, Five Points, The Oxford American and others. Holder of a Ph.D. from The University of Southern Mississippi, Wright currently teaches at the University of West Georgia.

Of Wright, Shenandoah editor R. T. Smith says, “Will brings a rare combination of enthusiasm and experience to this position. He’s a resourceful and meticulous editor, and I respect his poetry and critical prose, as well as his understanding of publicity and the aesthetic space of the internet. He’s already my most active and trusted adviser, and it seems only fair to acknowledge him with this title. Anyone curious about his imagination and scholarship and the grace of his expression can find both his poems and reviews in our archives, as well as many other publications.”

Wright will assume his new responsibilities by working on the spring 2015 issue of Shenandoah, currently in the developmental stages.

Shenandoah was founded as a print quarterly in 1950 by W&L students and faculty and has included work by J. R. R. Tolkein, James Merrill, Seamus Heaney, Ezra Pound, Flannery O’Connor, Natasha Trethewey and Joyce Carol Oates.  It continues to provide readers with fiction, poetry, essays, reviews, interviews and an assortment of contests and an active blog. It became a bi-annual digital journal in 2011.

Sometimes Flannery O’Connor’s characters seem to think backwards or sideways or altogether sigodlin. When she was a child, she trained a chicken to walk backwards, and here it is on film, along with some journalistis joshing.

Kudos to the two Library of Virginia 2012 Book Awards winners whose work appears in this issue.  David Wojahn received the poetry award for World Tree, and David Huddle received the fiction award for Nothing Can Make Me Do This.

VOLUME Sixty-two, NUMBER One  IS NOW LIVE as of September 25.  Click on Current Issue or the actual volume number to the left and enjoy work by Margaret Gibson, David Huddle, Robert Wrigley, Linda Pastan and others.

On the blog: the world of reviews

On 12/7/ 2012 we suspended considering electronic submissions in fiction, flash fiction, non-fiction and reviews.  For information about resumption dates go to our submissions link on the homepage top menu.

Shenandoah has closed off submissions for our February 2013 feature on poetry from Aotearoa New Zealand.

The BEVEL SUMMERS PRIZE for 2012 is now closed.  Approximately 800 stories were entered, and a winner will be announced in May. Prize in 2013 is $1000 for best short short story under 1000 words, and all finalists are eligible for publication in a special section for short shorts to be posted in Volume 61, No. 1 on September 1, 2012. For more details, see our Submit & Prizes information by clicking on the home page top menu.

After sixty years of publishing print editions filled with memorable writing, Washington and Lee’s Shenandoah has gone online, where we will continue to feature work displaying passionate understanding, formal accomplishment and serious mischief.  Despite the continuity, this venture fosters a strikingly new atmosphere and offers fresh opportunities and challenges.  For the staff, some old skills and habits have to be reshaped or eclipsed by new ones, but Thoreau would be gratified to know the enterprise requires no new clothes.  Because the version of Volume 61, No. 1 you are  currently viewing is our first edition, an advanced prototype, we would appreciate your letting us know if you have any difficulty following the logic of our navigation system or see any other graphic elements which you believe could be improved.

So what innovations have come with this brave new world of the Internet which the staff and designer Jim Groom are ushering us into?  The full-color artwork will be a regular feature and no longer isolated in a single section; the images of painter Bill Dunlap infuse the site and invigorate it visually.  Bill’s work will also be prominent in the second issue, followed by Billy Renkl’s artwork on the third.  Author photographs and biographical notes now accompany the works, instead of being quarantined at the back, while some author audio files are available, and navigation among the various pieces of poetry and prose is no longer dependent upon the traditional linear Table of Contents.  We have also added sections for additional genres — interviews and the brief reading recommendations — and we will begin emphasizing the short short story of under 1,000 words.  This issue, for instance, includes Tracy Richardson’s interview with prose writer and W & L alumna Rebecca Makkai, as well as the Winner of the Bevel Summers Contest for the Short Short Story, and Volume 61, Number 2 will include the other finalists and Summers Contest under the category of Flash Fiction.  Just to whet your appetite, writers appearing in Volume 61, Number 2 will include Pam Durban, Gary Fincke, Amina Gautier, Alice Friman, Stephen Gibson, Michael McFee, Gib Ruark, David Wagoner and Nancy Willard.  We’ll also have an interview of Natasha Trethewey by Kyle Dargan.  Between issues we will post additional selections from our archives in the Classics section and new poems, brief stories and essays in the Gallery section.

Perhaps most prominent among the fresh features is the blog, which we call Snopes, not because Faulkner’s clan of Mississippi fence jumpers and ladder climbers is pernicious (though they are), but because they are the masters of finding ways to accomplish their agenda, though their methods may be either startlingly direct or more byzantine than their community would prefer.  Interactivity has becomes the slogan of the era, and we have lined up a cadre of bloggers and guest bloggers (commentators, if you’re “old school”) who intend to take on some challenging topics, stir up some dust, start some sparky conversations.  Our home page will be regularly renewed with work from our archives, editorial comment and pithy quotations.  Eager to see which directions this new medium will take us, we also offer readers the opportunity to respond to the creative works we publish, and we encourage feedback on our format and tools for navigation and distribution.

One of the most important facets of the new Shenandoah is that we have an evolving staff of interns and advisers, Washington and Lee undergraduates and others from a wide range of backgrounds and perspectives, who will bring their fresh eyes and styles to our announcements, selection of contents, interviews and reviews, while screening fiction submissions and contributing to the process of refining the look and contents of the site, which will remain a work in progress.

Our most significant ambition for this site is that it join the journals (web and print: see our links) which do not merely “post” poetry and prose but which, through careful stewardship, scrutiny and not a little audacity – as Goethe wrote, “boldness has genius” – keep all the positive connotations of “publish” alive and encourage readers to bring to the screen the same resourcefulness and attention they have brought to our pages for over half a century.

Just a reminder: work from our past issues has often been selected for the O’Henry Prize Series, New Stories from the South, the Pushcart Prize, and various versions of the Best American Series.  Poems from our pages have frequently been featured on Poetry Daily, How a Poem Is Made, Verse Daily, Writers’ Almanac and other sites, and most of the work we have published has been reprinted in full-length collections by the authors.  In 2008, we became the first journal or press to be awarded the Virginia Governor’s Award for Achievement in the Arts.  Now, after a change in format, we present the first of our ventures into the virtual world, but our award-winning literary standards have not altered, nor have our annual prizes, with the exception of the addition of the Bevel Summers Prize.  The descriptions of all our awards can be located following the Prizes link on top menu bar of the homepage.

In our transformation to the web we have eliminated paying subscribers, but now we hope to attract, converse with and sustain many readers who might never have been able to see a print issue.  Please help us spread the word to others who would – as readers, auditors, gawkers, scoffers, donors, advocates and contributors – participate in this rapidly growing community which keeps the literary conversation lively and, indeed, alive.  And now, enjoy the first chapter in our new adventure.  To paraphrase Faulkner’s Boon Hoggenbeck:  “All of you that’s going get in the blank-blank wagon, all of you that ain’t get out of the blank-blank way.” In a good way, of course.

what time is it? it is by every star
a different time, and each most falsely true;
or so subhuman superminds declare

— not all their times encompass me and you:

when we are never, but forever now
(hosts of eternity; not guests of seem)
believe me, dear, clocks have enough to do

without confusing timelessness and time.

Time cannot children, poets, lovers tell —
Measure imagine, mystery, a kiss
— not though mankind would rather know than feel: