Poem selected and commented on by Jenny Bagger

Inspired by a dream former Poet Laureate of Virginia Ron Smith had, “What a Rush” exudes the complicated emotions of grief: longing, anger and regret. “What a Rush” is an elegy to late poet and professor, Claudia Emerson, who served as Poet Laureate of Virginia from 2008 to 2010, taught at Washington and Lee University, and assisted as a contributing editor for Shenandoah. While elegies traditionally start with a lament for the deceased, transition to an appreciation for the lost loved one’s life, and finally approach solace and relief, Smith’s elegy both fits these guidelines and challenges them, straying from the elegiac form as the speaker refuses to process his grief and embrace life without his friend. 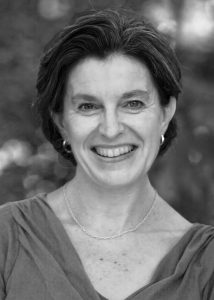 The speaker initially encounters the deceased with excitement and shock, creating a joyous and dreamy reunion of friends by evoking images of “the sun, shining” and “your best smile.” However, by ultimately ending not in serene consolation but in tense frustration as he realizes he can only see his lost friend in his dreams, the speaker leaves us with his pain. Smith ends with the lines, “and this time I’ll try not to wake / to the raw dazzle of morning,” conceding that he did not appreciate his friend enough in life, and discovering that he cannot ameliorate this misfortune as he will never again experience his friend anywhere other than in his dreams. By describing morning with a “raw dazzle,” Smith highlights the curious exhilaration of the speaker’s dream and the solitude of mourning, which he will fend off as best he can and try to dream as long as possible. 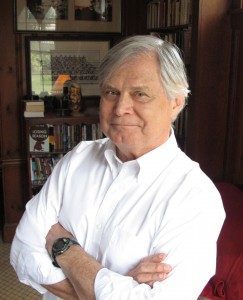 The first stanza contains near end rhymes, such as “shining,” “waving” and “sitting,” which contribute to the lyrical and dream-like effect. In contrast, the second stanza disrupts this soothing feeling with lines that end with words like, “daguerreotypes” and “morning,” which stand out in comparison, starkly emphasizing the growing frustration with the dream’s end and the realization that the speaker will soon wake up once more to a world without his lost friend. Additionally, the internal slant rhymes throughout the second stanza, such as “torment” and “taken,” followed by “Speak” and “sonnet,” and finally “Darwin” and “daguerreotype,” enhance this tension, leaving the final two lines, which lack near rhymes, as striking indications of the speaker’s desire to remember and honor the life of his lost friend.

Ron Smith served as Poet Laureate of Virginia from 2014 to 2016. Born in Savannah, he is Writer-In-Residence at St. Christopher’s School in Richmond and edits poetry for Aethlon: The Journal of Sports Literature. The University Presses of Florida published his Running Again in Hollywood Cemetery (1988), and the Louisiana State University Press published his Moon Road: Poems 1986-2005 (2007), Its Ghostly Workshop (2013), and The Humility of the Brutes (2017). “What a Rush” was originally posted in Volume 65, Number 2 of Shenandoah and can be found in his most recent book The Humility of the Brutes.