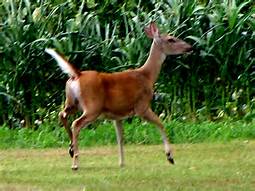 They flee from me that sometime did me seek
With naked foot, stalking in my chamber.
I have seen them gentle, tame, and meek,
That now are wild and do not remember
That sometime they put themself in danger
To take bread at my hand; and now they range,
Busily seeking with a continual change.

Thanked be fortune it hath been otherwise
Twenty times better; but once in special,
In thin array after a pleasant guise,
When her loose gown from her shoulders did fall,
And she me caught in her arms long and small;
Therewithall sweetly did me kiss
And softly said, “Dear heart, how like you this?”

It was no dream: I lay broad waking.
But all is turned thorough my gentleness
Into a strange fashion of forsaking;
And I have leave to go of her goodness,
And she also, to use newfangleness.
But since that I so kindly am served
I would fain know what she hath deserved.

Was Sir Thomas writing about Anne Boleyn?  Or some other royal lady or ladies (the form of the poem is, after all, rhyme royal) of Henry’s court?  Or perhaps just about the wild does who once ate out of his hand but now shun him?

Well, surely not the third option, though the figure of speech he employs to approach this delicate matter suggests hunting with its “stalking,” the “gentle”/“wild” contrast, feeding from his hand  and the pun on “heart”-“hart.”  The above version is in  modern, rather than the original somewhat archaic English, and it helps to know that “newfangledness” (a Chaucerism that may echo “forsaking”) was a term implying unfaithfulness by the time Tudors walked the earth.  When I read the poem in graduate school, I was immediately sympathetic to the male narrator, who seems to be heartbroken and bewildered, but then I began to ponder how the poem shifts its reference from “they” to “she,” a sly transition from comment about what might be almost les groupies d’antan to a more treasured paramour.  With this, the gravity of the speaker’s complaint is somewhat undermined, his self pity maybe unjustified.  When things were going well in the amatory arena, the “gentle, tame, and meek” were not a single being (deer or dear, take your pick), and the now-lovelorn courtier was evidently happy to play the rake, spreading his attentions among the herd.  Was he engaged in serial hook-ups, but is now demolished because “she” has served him his walking papers?  When she gave him that sweet kiss and toyed (“how like you this?), he should have realized where the power resided.

How common is it in the Renaissance (and since!) for a man to broadcast his favors but then play the poor-me card when one of his conquests turns her attentions elsewhere?  Even a little more politically slanted is Wyatt’s narrator’s (hard not to just say “Wyatt’s”) dismay that the ladies of the court are drawn by the new fashion, turning less submissive and willing to place themselves in danger?

Along the way to exploring this question, there are many pleasures of language and psychology to be mined and savored in this dance of a poem.  Courtship and diplomacy were, along with rhetoric, once the marks of gentility and worldliness, and political correctness was an altogether different and more lethal matter.  Or more immediately lethal.  Given Henry VIII’s fascination with bladed implements, work that into a tasteful AXE deodorant commercial, if you can.

To see how this plot thickens the possible Tom-Anne-Big Hank triangle plot, see Wyatt’s “Whoso List to Hunt” with its sharp noli me tangere reminiscent of the dismissal in “They Flee….”