darkness, when I can’t see them. I’m sure of

where they are, know by heart the neat

lines of lightning pulsing just above

your nipple, can find, as if by instinct, the blue

swirls of water on your shoulder where a serpent

twists, facing a dragon. When I pull you

to me, taking you until we’re spent

and quiet on the sheets, I love to kiss

the pictures in your skin. They’ll last until

you’re seared to ashes; whatever persists

or turns to pain between us, they will still

be there. Such permanence is terrifying.

So I touch them in the dark; but touch them, trying. 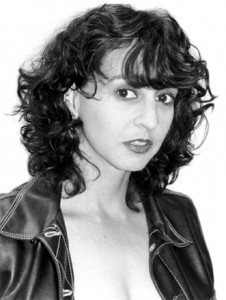 Kim Addonzio was born in 1954 to a champion tennis player. She has won numerous awards, including a Pushcart Prize and a fellowship from the National Endowment of the Arts. In this poem, Addonizio blends an old and trusted form, the sonnet, with newer variations through the use of meter, imagery, and line breaks. Love, the age-old theme, also gets a new twist: it is that feeds the main theme of the poem: permanence. This theme also reflects Addonizio’s use of the sonnet form: although she changes the sonnet structure, she keeps its relevance intact.

The theme of love in the role of intimacy and desire plays a large role in this poem, and has been the subjects of sonnets for hundreds of years. However, where older sonnets have focused on yearning or praise for the beloved, Addonizio’s focuses on the permanence of love and intimacy after the relationship’s initiation. The speaker introduces the motif of her lover’s tattoos, “I like to touch your tattoos in complete / darkness, when I can’t see them” (ll 1-2). These lines present two polarized ideas. Tattoos are symbols of permanence: once inked on the body, they cannot fade away. They will last through “whatever persists / or turns to pain between us.” The speaker’s active seeking of the tattoos demonstrates her attraction to this idea, but the physical darkness mirrors the conflict and fear in her own mind. 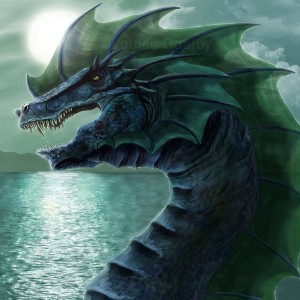 The stanza break in the middle of the poem also demonstrates the poet’s conflict over permanence. The effect occurs with her desire for intimacy: “when I pull you // to me, taking you until we’re spent” (ll 7-8). The speaker’s need for full union contrasts with the sonnet split. The subtle rebellion in dividing the sonnet into 7 and 7 lines rather than the accepted Petrarchan 8 and 6 also shows the poet’s determination not to stick to what has remained constant, but to seek out her own voice in the confines of an old form. Furthermore, it demonstrates her own uncertainty within her relationship despite her deep intimacy.

The poem’s diction also reverses the sonnet’s formal expectations. It sets up a conversational tone with informal words such as “like” and “can’t.” While attempting this may seem counterintuitive to a tight form such as the sonnet, the effect actually makes the form feel more fluid and deceptive. The diction also develops the poem’s central theme. Consonance such as “know” and “neat,” “above” and “nipple” helps weave the sonnet together. However, sibilance highlights the volta: “they’ll last until / you’re seared to ashes” (ll 10). This volta demonstrates the crux of  the motif and overtly states the theme. Like the tattoos on her lover’s skin, the sonnet form remains permanent: time has not yet rendered it irrelevant.