Have scattered, have dithered and dathered, the humans
In helmets, in velvet, and veil, the humans recoil to their roosts
With buckles and booze, in funny white shoes,
The humans in duds of charmeuse, in knickers or knit, they scatter

And gather to chitter and chatter. The humans they scatter,
They wave and they whimper the glib and the glibber, scattered
Like feathers or flint. They rumble and riot, roost
In the viaduct, cruel fellas in slippers or boots, shoes

Patent or suede, slacks checkered with jade, shoo
Them home with their cheap chirping hearts, battered they scatter,
The dear pitter patter of boys and girls tumbled and tossed, scattered
Then smattered they swig and they swagger and shoot, shoehorned

And shopworn, the hoodlums and well-born, the humans
All clamor, get fatter and fatter, their brims and their shoe
Leather burst, go home to your harems, your roosts
Ripe with cherubs, you belles and you barons, your shoes

Laced with scarabs, you roosters and hens, you peckers in pens, you scatter
and stammer and flit. The humans, they want and they wane. The humans 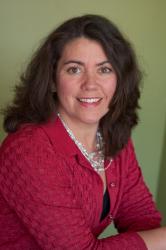 Melissa Dickson holds a BFA in Studio Arts from Auburn University, an MFA in poetry from Converse College, and in visual arts from SVA in New York. Her first poetry collection, Cameo, was published by New Plains Press in 2011. Her second collection, Sweet Aegis, was published in 2013. Her work has appeared in many magazines and journals, and she also has experience in marketing and graphic design.

“The Humans” demonstrates an apt social critique while remaining humorous and light-hearted. Dickson does not venture into the depressing, acidic feeling of Lost Generation Era style social critiques, although it drives at a similar core message. The poem aims to highlight humankind’s tendency towards frivolity, soulless gossip and distraction, without establishing an aura of hate or condescension that this message often accompanies. 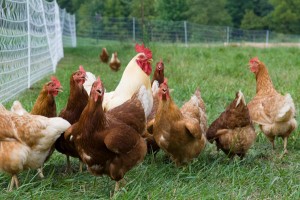 Dickson does so by comparing The Humans to chickens. The humans “scatter,” “dither and dather,” “chitter and chatter,” “stammer and flit.” This language brings to mind an image of Dickson’s “roosters and hens” mindlessly scurrying around, with no real goals or purpose other than to simply exist. Chickens are not looked upon as particularly intelligent or sophisticated animals in the human world. Couple this with the poem’s almost nursery rhyme-esque feel–with internal rhyme, frequent onomatopoeia, and a simple, sing-songy rhythmic structure–and it becomes quite clear what the message of this story is. In our lowest, most primordial form, humans are nothing but aimless, unaware animals who can only obsess over superficial and unimportant luxuries like clothes, appearance, and food. According to Dickson, humans who “want and wane” are doomed to live the animalistic, primitive life of chickens.

It was interesting to stumble upon such a modern, fresh take on social critique during an election year. With Super Tuesday forthcoming and the 26th W&L Mock Convention just passing, my social media newsfeeds have not suffered a shortage of political parodies, The Onion headlines, and, yes, angry social critiques. It’s enlightening to read up on others’ opinions of the current human condition, but many of these accounts begin to blend together after a while due to similarities in style and structure (and at times, argument). But “The Humans” avoids falling by the wayside with other pieces pleading citizens to wake up by using a memorable metaphor and a thoughtful, innovative use of language.

You can read more of Dickson’s work in her book Cameo, available in paperback on Amazon.