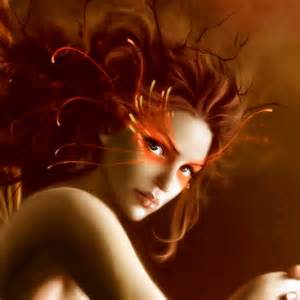 W.B. Yeats (1865-1939), an Irish poet, remains a key figure in 20th century literature. He was a poet and playwright, and even served briefly in politics. He is credited with having crucially contributed to the Irish Literary Revival, and was a close friend of another important individual in that movement, Lady Gregory. Much of his work centers on Irish mythology and legend, as well as the occult, and in 1923 he was awarded the Nobel Prize in Literature.

In “The Hosting of the Sidhe” Yeats relies on Irish legend and its traditional characters in order to suggest the mythological landscape of Ireland and its culture. Sidhe is the word many of the poorer people in Ireland used to describe the “fairy folk” or mythological creatures in their world. Additionally, it is a Gaelic word for wind, implying the everyday nature of the presence of these magical figures, and instilling natural forces with a mystical air.

Yeats immediately introduces a specific place in Ireland, Knocknarea, a large hill in his hometown of Sligo, in order to locate the poem and ground the description that follows in an authentically Irish setting. The host originates “from Knocknarea,” and rides “over the grave of Clooth-na-Bare.” The mention of Clooth-na-Bare draws in another famous Irish legend, of a fairy that sought the deepest possible lake in order to drown herself and end her tiresome life. By including this figure, Yeats not only indicates his wide knowledge of Irish mythology, but also appeals to a sense of sadness in the world. Next, Yeats references “Caoilte,” “tossing his burning hair.” Caoilte comes from the Fenian Cycle of Irish mythology, and is said to possess special powers. The image of Caoilte “tossing his burning hair” creates a sense of wild, unbridled freedom, and even hints at other natural forces, such as the sun. Finally, Niamh, a goddess of Tír na nÓg, the land of eternal youth is “calling Away, come away.” It seems as though perhaps this goddess beckons the reader not just to the land of eternal youth and immortality, but also invites an escape from the realm of the real into the unreal and from sadness to bliss. 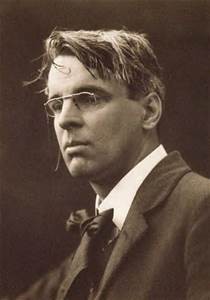 Niamh invites the reader to “empty your heart of its mortal dream,” reflecting the notion of escape and freedom from mortal toil. Following this invitation to step outside of the reality of the moment, “the winds awaken” and “the leaves whirl round.” These images emphasize the relationship between nature and the Sidhe, as well as reinforce the sort of wildness and freedom associated with paganism and pre-Christian Irish mythology. Yeats furthers this wild, physical expressiveness by employing words such as “unbound,” “heaving,” “agleam,” and “waving.” These words evoke an almost ritualistic image, and convey the excitement of Irish mythology. The Sidhe appear almost like warriors thrilled by impending battle, and issue a warning that “if any gaze on our rushing band,/We come between him and the deed of his hand,/We come between him and the hope of his heart.” This might suggest that if one becomes too involved in trying to understand the magic of the Sidhe, or too enveloped in what is not real, the Sidhe will disrupt one’s life. The Sidhe may prohibit the control one has over the “deed of his hand,” and man would be beholden to fairy magic.

The Sidhe inhabit an unsecure place that seems to combine the real with the unreal. Even though perhaps these mythological figures do not exist in truth, they exist in the lives and minds of the Irish people who believe in them. Yeats writes, “the host is rushing ‘twixt night and day,” a time of possibility and suggestions, but not full clarity. However, the world of fairy magic may be too much to resist, and Niamh may tempt the reader “calling Away, come away.”