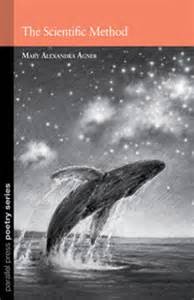 Recently, Shenandoah had the pleasure to talk with one of our contributing writers, Mary Alexandra Agner, about her short story, “Abstract Math and Honeyed Apples.” Her writing is featured in the current issue of Shenandoah. More of her work can be found online at http://www.pantoum.org and in her recently published book of poetry, The Scientific Method. In her mini interview, Agner discusses the hour and a half long writing process and the connection her story has with Snow White and the Seven Dwarfs.

Are there any parts of this story that are autobiographical?

Did any specific life event inspire your choices for setting, plot, characters, etc?

I read a nonfiction piece on Alan Turing which mentioned his mother was the daughter of a railway man.

From writing the original draft to perfecting the final product, how long did this story take to produce? Were there any interesting or silly obstacles that you encountered throughout the writing and revision process??

I wrote this out the first time in nearly the same form that R. T. Smith accepted it for Shenandoah. I’d say it took about 90 minutes to get the majority of the work down.

Your story really incorporates fairytale genre tropes with a mix of modern day technology. Were there any specific fairy tales or characters that you emulated? Is this what you would imagine a fairytale to look like at this day in age?

I was interested in exploring the idea that Alan Turing’s mother was influenced by her father’s engineering career and my assumption, unfounded, that she too was interested in railroads and engineering. I believe it was the fact that Turing purportedly died by choking on an apple that made me think of his life in light of Snow White and the Seven Dwarfs.

Have you thought about extending this story from a flash fiction piece to a short story or a longer work?

Two previous editors have suggested this, but the palindromic form of the piece is the right one and isn’t sustainable at greater length.

Anna Dibenedetto is a junior English major with a minor in Creative writing at Washington and Lee.  She is from Greenville, S.C., but hopes to migrate to NYC and flourish in the magazine industry.