Recently, Shenandoah had the pleasure to talk with one of our returning contributing writers, Daye Phillippo, about her piece, “Wild Turkeys.” Her poem will be featured in the upcoming issue of Shenandoah. Having earned her MFA for writers from Warren Wilson, Phillippo is the recipient of the Elizabeth George Grant and a Mortarboard Fellowship for poetry. Here’s an exclusive look into Phillippo’s writing technique and her experiences with turkeys.

Are there any parts of this poem that are autobiographical?

Oh yes, that group of eleven young turkeys really did straggle through my backyard one morning. We live on twenty acres—pastures, woods, and the Little Shawnee River running through—in the midst of farmland, so we see wildlife regularly: deer, coyote, raccoon, opossum, rabbit, squirrel, a fox now and then, and a host of songbirds and insects. I’d spotted adult turkeys before but never young ones, and never that large of a group. It was especially odd to see them so close to the house and garden.

Did any specific life event inspire your choices for setting, plot, characters, etc?

Plot? I can’t say that I had one in mind, though the turkeys might have. They had designs on my garden, I’m sure. Seriously though, I had no idea where this poem was going when I started trying to get that first image down, so maybe it was the poem itself that had ideas. Those poems are the ones that are the most thrilling to be a part of. That old, “No surprise in the writer, no surprise in the reader,” as Frost put it. This poem definitely surprised me.

As far as the setting, it’s this landscape where I’m blessed to live. I was a city dweller for the first forty years of my life so waking up to horizon and trees and wildlife every morning still seems like a gift, even seventeen years later. I’m not sure I’ll ever get over it.

The characters who showed up in this poem are a pretty unlikely bunch, aren’t they? I learned while writing this poem that they’re all somehow associated in my head, wild turkeys being a part of that since they figured so largely in that first Thanksgiving feast. I’ve always enjoyed Early American history, especially the time period of the Plymouth Colony through the Revolutionary War. I mean, the risks those men and their families took! I can’t imagine. And the Native people, all they went through. Such turmoil and instability. The earliest English settlers and the Wampanoag were able to keep the peace and live harmoniously for fifty years. If only that had continued. . . Our family visited the re-created Plimouth Plantation village and the Wampanoag Homesite more than twenty years ago and it’s still with me.

From writing the original draft to perfecting the final product, how long did this poem take to produce?

This poem was written in “just one day,” the same amount of time it took the storybook Mike Mulligan and his steam shovel, Marianne, to dig the cellar of the new town hall, which is a much more impressive feat than writing a poem in the same amount of time, don’t you think? I read to grandchildren a lot, in case you’re wondering. Just to clarify, this isn’t the way writing a poem usually goes for me. Not at all.

Later that day, after the poem had run its course, I became curious about the ink used to write the Declaration of Independence, and later the Constitution, so I did a little research and was delighted to learn that the ink was made of a substance obtained from oak galls. Since oaks are majestic, long-lived trees that grow from such small beginnings, it seemed fitting that our nation’s seminal documents were penned in oak gall ink, so I went back to the poem and revised to include that.

On the day those turkeys wandered through, I texted an entomologist friend, Steve Mroczkiewicz, a guy who knows a lot about the habits of wildlife, to tell him about this strange thing I’d seen and ask what he thought about some of the birds looking ragged while others looked well groomed. He explained that turkeys have a pecking order too and are, “No kinder to each other than chickens.” Young birds in a group that size traveling together, he said, meant that they were “probably clutchmates.”

The other thing that drove the speed of writing of this poem was that I had a grad program deadline to make, and those turkeys and this poem arrived when I was right down to the wire. “Wild Turkeys” was a last-minute addition to my graduate thesis.

What influence did Moore’s quote have on the poem—did it inspire the piece or was it put on after the poem’s completion?

Those turkeys inspired the piece, but I was reading Marianne Moore’s Complete Poems at the time, and came across the poem “The Mind is an Enchanting Thing,” a title that is also the first line of her poem. It seemed the perfect epigraph for my poem. I’m sure that being immersed in Moore’s fanciful, free-ranging poems at the time of writing “Wild Turkeys” contributed to being in the mindset that poem required. With Moore’s wit and insight, everything was poem material and her range of interests was mind-boggling: mythology, the Bible, nature, human nature and society, etc. That particular collection of poems represents more than sixty years of Moore’s writing life. Reading it front to back is transportive. And then, too, that personal sartorial flourish of Moore’s—wearing that cape and tricorn hat—was fresh in my mind. I was definitely under Moore’s spell at that time.

What is your experience with turkeys?

My experience with wild turkeys, with exception to reading about them, has been limited to occasional sightings of adult birds at the woods’ edge, and to hearing their calls off in the woods from time to time. In the wild, turkeys are elusive birds that avoid human contact which only adds to their aura of iconic mystery for me. For example, just last week on my walk down our long drive to the mailbox, I found a trail of very distinct turkey tracks in the snow so I know the birds are still in the area though I haven’t actually seen one for months and months. 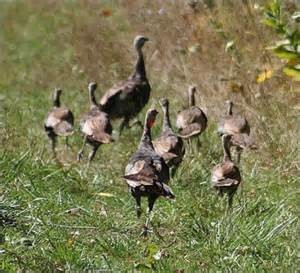 Anna Dibenedetto is a junior English major with a minor in Creative writing at Washington and Lee.  She is from Greenville, S.C., but hopes to migrate to NYC and flourish in the magazine industry.