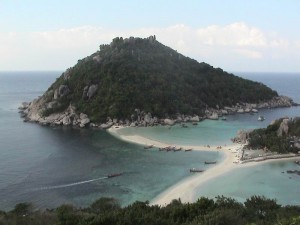 Sunset and evening star,
And one clear call for me!
And may there be no moaning of the bar,
When I put out to sea,

But such a tide as moving seems asleep,
Too full for sound and foam,
When that which drew from out the boundless deep
Turns again home.

Twilight and evening bell,
And after that the dark!
And may there be no sadness of farewell,
When I embark;

For though from out our bourne of Time and Place
The flood may bear me far,
I hope to see my pilot face to face
When I have crossed the bar. 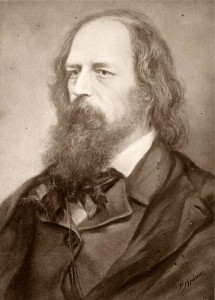 Tennyson wrote this poem in 1889, three years prior to his death. It pronounces his docile and compliant attitude regarding his approaching death. It was not the last poem he ever wrote, but Tennyson always made sure that “Crossing the Bar” was printed as the final poem in his collections. The poem takes place literally in a boat on the water at twilight as the speaker is heading out to sea; however, figuratively, the setting of this poem is in some sort of spiritual realm, somewhere between life and death. The speaker is clearly still alive because he’s making his plans for when he embarks “out to sea,” but he’s also not particularly devoted to earthly life anymore, as he appears ready and content to move on.

At the beginning of the poem, the sun is setting and the moon is rising and the speaker feels himself being called. When he’s called to sea, he hopes that there’s no mourning, crashing sound of waves hitting the sand bar; but instead wants a tide so full that it makes no sounds and carries no sea foam. He wishes for “such a tide as moving seems asleep,” meaning that when he dies, he wishes for smooth and peaceful sailing, and not to hit the troublesome sandbar along the way. When the evening bell calls his name to die, and he escapes into the darkness, the speaker hopes that nobody will cry or make a big, sappy showing of farewell. While he might be headed into the darkness and leaving familiar space and time, he is headed to finally look upon the face of his “Pilot.”

In this poem, Tennyson is using a sandbar as a metaphor to represent the line between life and death. Waves must crash against a sandbar in order to reach the shore, which makes a sound that Tennyson calls “the moaning of the bar.”

The speaker is not worried about crossing the actual sandbar, he is pondering the actual barrier between life and death or life and afterlife. Tennyson also uses the word “crossing” as an image for both “crossing over” from earth to Heaven and also the traditional Catholic tradition of “crossing” oneself into faith or devotion. The cross is also where Jesus dies, so now as the speaker feels the shadow of death, he conjures the image of the cross again.