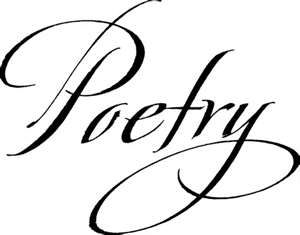 April is National Poetry Month, so what is poetry actually for?
Hallmark evidently has their answer, as do composers of inspirational verse and many other advocates and readers.  We’ve sent out a call for volunteers to answer the question, and we’ve actually gotten a few answers.

“To say something in a way that it cannot easily be unsaid” — Jim Dickey
See the feature on Dickey in the current issue of Five Points.

Fiction writer Chris Gavaler says: I agree with Dr. Williams.  Poetry is a machine.  A Time and Relative Dimension in Space machine, or TARDIS.  It can send you anywhere, anywhen, even anywho.  It only looks small.  Once inside, you realize how enormous it is.  So all that spatial and temporal travel is really internal.  It sends you to your self.

“Anonymous” says that poetry helps us to think with our hearts and feel with our brains as we witness the world recreating itself with our every perception.

Quoting someone he assures us is “a famous French poet,” Brendan Galvin asserts that “ze poe’me ezz ze pasarelle across ze abyss.”

Alice Friman: It’s not for anything.  That it saved my life by giving me a life is nice, but surely that’s not enough to give it the crown of a purpose.  What’s the hawk for, the one that’s circling now outside my window?  What’s the dogwood for, the one that’s just blossoming — the forest’s first exhalation.  To answer that question I would have to be Voltaire’s Pangloss who said the nose exists to hold one’s eyeglasses.  Okay then.  Poetry exists so that R. T. Smith can ask a question about it.  Whoops! [Ed. note: That was to be MY answer.]