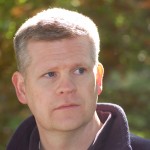 Final judge Chris Gavaler has selected Jim McDermott’s short short story “The Pointer” as winner of the 2012 Bevel Summers Prize.  McDermott, who lives just outside Washington, D.C., will receive a prize of $500 and publication in Volume 62, Number 1 of Shenandoah.  Runner-up James Stolen and the following honorable mentions will also see their work in that issue of the magazine: Jeanne Althouse, Reid Gomez, Jenn Hollmeyer, Dawna Kemper, Thomas McConnell and Jill Widner.

Next year’s contest will be conducted between March 1 and March 31 of 2013 with a prize of $1000.  An entry fee of $3.00 will be required of all contestants and will cover as many as three stories of 1000 words or fewer.  The judge will be announced this fall.  See Shenandoah‘s Prizes link for more complete details.