Written in his own hand in the tower before his execution

My prime of youth is but a frost of care,
My feast of joy is but a dish of pain,
My crop of corn is but a field of tares,
And all my good is but vain hope of gain;
The day is past, and yet I saw no sun,
And now I live, and now my life is done.

My tale was heard and yet it was not told,
My fruit is fallen and yet my leaves are green,
My youth is spent and yet I am not old,
I saw the world and yet I was not seen;
My thread is cut and yet it is not spun,
And now I live, and now my life is done.

I sought my death and found it in my womb,
I looked for life and saw it was a shade,
I trod the earth and knew it was my tomb,
And now I die, and now I was but made:
My glass is full, and now my glass is run,
And now I live, and now my life is done. 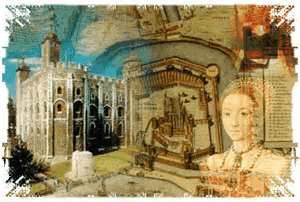 It was a gloomy day here in the Blue Ridge yesterday, but nothing compared to what the young Catholic Chidiock Tichborne was experiencing as he awaited his execution in the Tower of London.  He’d been involved in a conspiracy to do in Queen Elizabeth, and he knew he was to die the next day.  Listening for the sound of mortality, he heard it in monosyllables, hard-hammered plain language which some have praised for its “power in spite of its seeming artlessness.”  But the art is there, not just in the orchestration of the decasyllabic lines or the syllable-chiming, such as “frost” and “feast.”  Tichborne manages to conflate is and was and will be, while invoking both bud season and harvest season, the Fates with their lethal shears, pleasure and misery, birth and death.  And where most of us would be howling at injustice and gods “who kill us for their sport,” Tichborne is resolved, terse, evidently absorbed in the discipline of making a poem whose apparent plainness would camouflage the harnessed force of its emotion.  And now he is dead, and yet he lives.