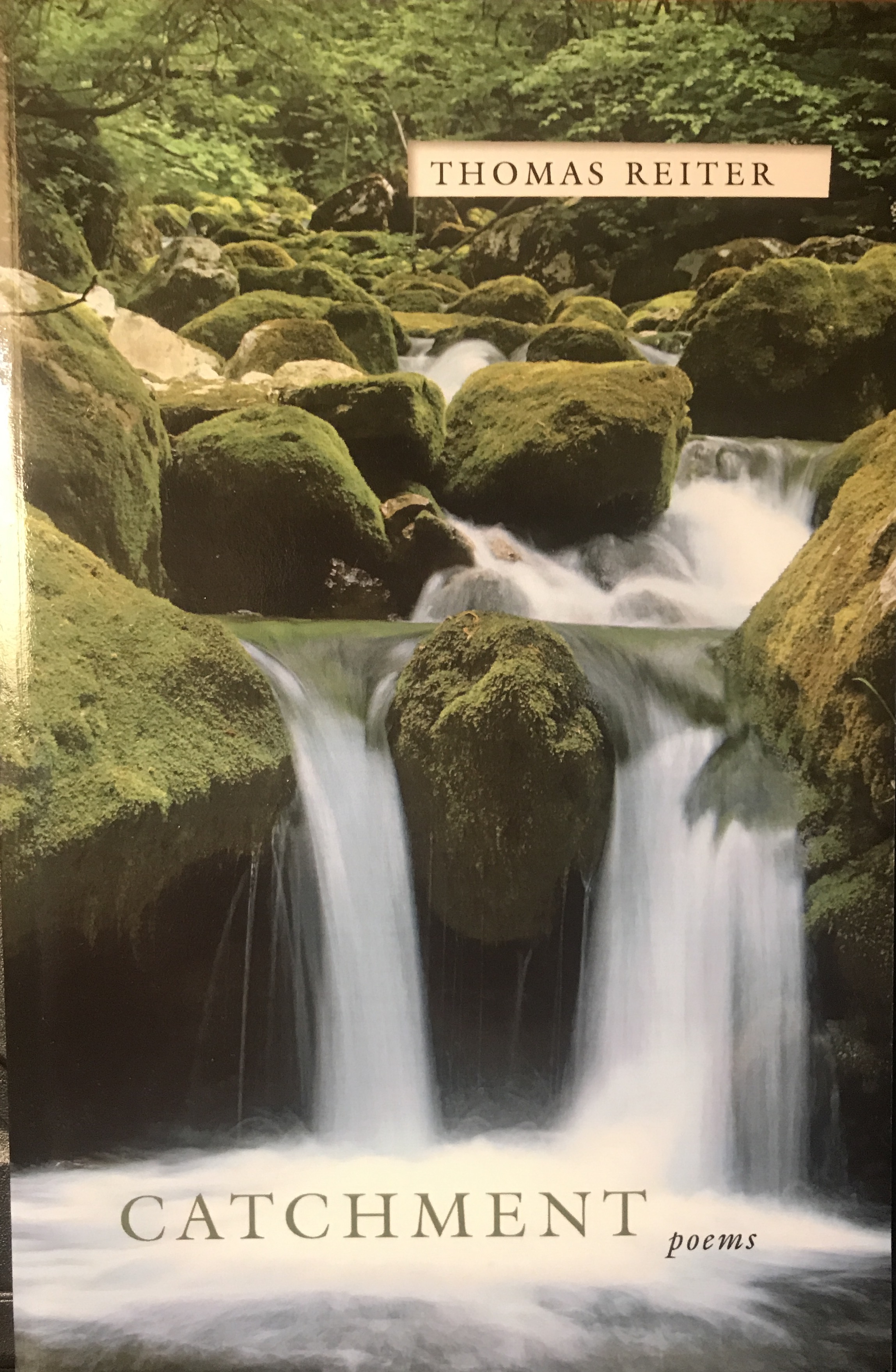 Page by page Egg Island Almanac, the Crab Orchard Series in Poetry’s Open Competition winner for 2017, brings to mind a statement by Wendell Berry in Standing by Words, a perspective combining ethics and poetics: “We are speaking where we stand, and we shall stand afterwards in the presence of what we have said.”  Cape Cod with its landscape and seascape, its flora and fauna, has been a prime focus of Brendan Galvin’s for decades, and this new volume contributes substantively to the whole—an accretion of wisdom grounded in the provenance of personal and local history. Our attention is freshened and fledged by the prevalence of birds, familiars and rarities, each encounter bearing its special signature. In this collection, Galvin’s eighteenth, marked by an intimacy of perception that never self-inflates or parades, nature shows us our standing among her truths, vistas through language into wonder and mystery. The eventfulness of small—though resonantly large—moments put into words predominates here, the poet’s sensibility taking in data till the inherent pattern and the finished text gain imaginative standing.

One of the largest lessons Galvin has learned across his prolific career is that nature is available to be witnessed in its individuality when perceived with rigor and honesty of language. He knows that revelations lie in getting place and its inherent events down in a manner that brings out the grace and light within phenomena, and, on balance, also the darkness.  Man’s problematic relationship to his ecosystems has always been a concern of Galvin’s, arousing wonderment at natural processes as well as satire toward despoilment. That latter focus activates several poems in the book. For instance, what to make of a peacock strutting among the Cape’s wild turkeys in “Out of the Ordinary”?  Galvin as long-time watcher lays his bet on “some fop’s summer garden, / McMansion and bird abandoned / for Greenwich or Darien.” And in “Labor Day” the permanent residents “are getting their town / and native language back.” The summer people load up and leave—one-percenter Joads—and now sofas are no longer “ambience furnishings.” Through the seasons that structure Egg Island Almanac, poem after poem stands in the presence of what Galvin has said.

These poems have come about through habitual alertness to opportunities of time and place and through language tempered and shaped for each engagement with the world as it is. Seamus Heaney in The Redress of Poetry emphasizes poetry’s ability “to place a counter-reality in the scales—a reality which may be only imagined but which nevertheless has weight because it is imagined within the gravitational pull of the actual.” Poetry fulfills its counterweighting duty “as long as the coordinates of the imagined thing correspond to those of the world we live in and endure.” No escape from reality, but the creation of a truth “before which we can know ourselves in a more fully empowered way.” We become citizens of more than one domain.  Galvin draws the reader “within the gravitational pull of the actual” on his home grounds in order to bring resources of imagery, figurative language, tone, sonics, and syntax to bear in a wholistic act of creation.

The number of avian species in Egg Island Almanac totals some three dozen. The birds range in size from great blue herons to chickadees. Some are year-round residents at the Cape; others find it a stop on the Atlantic Flyway; yet others get blown in from who knows where—“a godsend from the marvelous” in “Astonishment.” These creatures prompt a diversity of musings within the frame of actuality and imagination. A blizzard in “Limbo” provides the context for a meditation that illustrates how dimensionally one can live by giving reality—predator and prey–its due through a special kind of attention. Even with their ability to hide, what chance do chickadees and quail stand against red-tailed hawks and coyotes? The poem concludes with a leap of stunning rightness as different worlds come into the same field:

Given what comes from the air
without warning, and out of the marshes,
I know that longevity means nothing
for them, but where are they? All day the souls
of children in Limbo have troubled me,

that savage human neverland
that’s too much theology for a handful
of feathers defending a heartbeat
while this white absence rumbles through.

Again and again, to extend curiosity and imaginative empathy to creatures is to have them enter us, the circle closing.

Another aspect of place for deep watchers is local folklore. “Revenant” begins, as do many of Galvin’s most successful meditations, in a seemingly off-hand manner: The speaker was thinking about a chore, weed-whacking, when something dropped onto the top of a dead tree. A fish hawk, prey in its claws. Virtually an apparition now, but before the wholesale use of DDT

so the fish hawk could construct its elaborate nest
up there and drive off any chicken hawks,
saving its young and the farmer’s
which it had no taste for.

Indeed, the importance of that last line, its sly wisdom—this is no Disney world.

Galvin’s affinity for gardening has shown itself in numerous poems over the years, and in a 2008 interview for Shenandoah he playfully links it to composition:

Making a poem can be compared with making compost, it seems to me. In a notebook or
on the pile you take a shred of this, dump a bunch of that, stir it up, come back in a week
and add something else. They both grow by accretion, at least in the poem’s
brainstorming phase when I’m trying to get everything I can possible use down on the
page. Tendrils begin appearing here and there. Volunteers.

And so we move to “Volunteers,” from the new collection. Pattypan squashes’ vines

have crawled from
the business of forty-eight years’
compost. Survivors of scoop, dump,
toss and drop, they’re escaping
themselves by passing themselves on,
free-range theologians with their
faith in the risen dust.

An observation weighted with worlds in the saying of it. And typical of this poet’s closures, understated and thereby ongoing with suggestions of immensities.

The ability to fashion metaphors that illuminate and not merely shine appears everywhere in Galvin. Witness the thistles of the field and how they activate the poet’s wit in “Sentry.” This botanical commonplace looks like “another / of evolution’s jokes” the poem begins. Then, putting the pedal to the metal, “Still, mixed metaphor,” it looks like someone heavy-handedly freighted it with shaving brushes

then loaded one of those
salad shooters they
used to hawk on TV
and fired green sickles
and scimitars at you.

But what does the poet know from experience in the weight-counterweight relationship Heaney refers to?

The thistle is a teacher
white and silken, proof
that the pilgrim in us all
must cede his spines
and hackers to endure.

Adaptation. A principle to stand by, and given here in plain speech compressed for the poem’s dynamic, a hallmark of Galvin’s poetics.

There is a great deal to admire in Egg Island Almanac. Altogether this is a moving account of venturings and illuminations. Through the interplay of human universals and natural particulars these poems press their claims for attention. Praise to Brendan Galvin for placing his home grounds in such patient, exacting, intuitive regard.</pre>