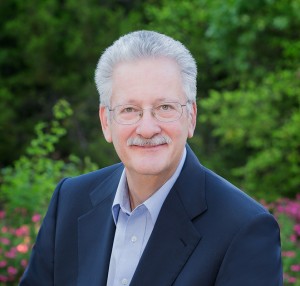 Joe Giordano was born in Brooklyn, but he and his wife have lived in Greece, Brazil, Belgium and Netherlands, as well as their current home, Texas.  Joe’s stories have aoppeared in many magazines, including, Bartleby Snopes, The Monarch Review, decomP and Shenandoah.  His novel, Birds of Passage: An Italian Immigrant Coming of Age Story, was published by Harvard Square Editions in 2015  He blogs at http://joe-giordano.com/

It was 10 am, the first morning of the three-day Puck Festival in Killorglin. The exclamation came from Con O’Flaherty, my partner in Con and Ann’s Pub. Con was a big man, in his forties, with scraggly hair. I’m petite, thirty-eight, and never married. We’d had the coldest summer on record, and the clouds were so low you could’ve touched them with a step ladder.

The suspected cadaver was Liam O’Connor, sixties, bachelor, sheepherder, therefore benefactor of the European Union’s teat that controlled prices and paid him a subsidy for the lamb that fed hungry Germans and French. For Killorglin Pubs, the three days of the Puck Festival were like Christmas for Dunnes clothing stores. Killorglin expected to host a hundred thousand tourists. Nary would a drinking-aged male nor female spend any of the next seventy-two hours sober. To have a man die in our establishment at the start of the festival would queer attendance to our Pub.

Not five minutes before Con’s outburst, O’Connor was in serious discussion with Rock-on Ronnie over beers. Rock-on was a freelancing twit. He was on the receiving end of my elbow whenever I felt the brush of his fingers on my rump as I passed with a tray of drinks. Rock-on and O’Connor had been swearing at each other over who was the better man in Irish history. O’Connor was a Michael Collins supporter, while Rock-on was in Eamon de Valera’s camp. O’Connor had a wad of euro in his breast pocket, and he dared Rock-on to a wager on the point that de Valera orchestrated Collins’s assassination. They were red faced, spitting in their hands, and shaking on how they’d settle the question. I’d walked to the far end of the bar and was wiping glasses, when I heard Con’s shout. Rock-on had disappeared, and O’Connor was slumped forward as if asleep. The euro had disappeared from his jacket.

Con threw up his hands. “What a day the fucker took to die.”

I sidled down to take a closer look. O’Connor didn’t move.

I tilted my head.

Con said, “I have instructions in my will. The undertaker must wait three days before embalming me. That’s how Jesus pulled off his rising from the dead. The Romans thought he was a goner.”

Con had lost the last vestige of his Catholic faith when he learned how many straight priests left a string of illegitimate children and the pedophiles a set of sodomized boys. I wasn’t a church goer, but there was a piece of Catholic guilt so imbedded into my psyche by my mother that it couldn’t be shed.

I said, “You blaspheming prick. Don’t you see that full pint of the black in front of O’Connor? When have you known him to leave a Guinness untouched?”

Con grabbed his head. “We can’t let this get out.”

I took a bottle of Jameson’s single malt off the shelf and poured us both a shot. Our Pub’s ceiling was draped with every conceivable football and hurling team flag imaginable plus photos on the walls of Con grasping the various politico luminaries who’d come by. Con gulped his whiskey, and I poured him another. I sipped.

I said, “Well, no one will blame us if we don’t call an ambulance. He’s dead. The undertaker wouldn’t take him because there’s no death certificate.”

“You’ll leave him somewhere on the road and when discovered, the town will lament that poor Liam O’Connor passed away peacefully on his way to the Puck Festival.”

Con said, “You’ll need to help me move him.”

O’Connor was never what you’d call fragrant, but something horrid had squeezed out of him after death and the smell stung my eyes.

I said, “You’re a trained rigger. Figure something out.”

Con worked in construction until he tore his back. Before we opened the Pub, I’d worked with my mother running a B&B in town. When she passed, I sold the place and threw in with Con. We hadn’t a romantic relationship, but we fought like a couple in a bad marriage. Since Ireland permitted divorce in 1996, Con had made the round trip to the altar twice. He was presently unattached. I let Con think he was boss. It’s a male Irish thing. I dealt with the suppliers and handled all money matters. Con’s expertise was the great Irish pastime of talking. He’d spin yarns to our clientele about his travels for European construction projects. When he’d get to the part about the twin sisters in Gdansk, I’d walk away.

Con hooked up a pulley and rope and raised O’Connor, still seated on his stool, to the upper level and locked him inside the storage room. Meanwhile, I ruminated over Rock-on taking O’Connor’s money seconds after death. That wasn’t right.

The Puck’s three days of revelry were mostly a booze-soaked blur. Money, beer, and Irish whiskey poured over our bar like the Powerscourt Waterfall. Con and I drank a fair share of the profits. To my surprise, Rock-on showed up the last evening like nothing had happened. When he fondled my rear, I allowed his hand to linger. His face told me that he welcomed a party.

I put my lips close to his ear, and over the noise I suggested that we meet upstairs after three-am closing. Rock-on leered. I put Chantilly cream on his fantasy by telling him, “I want you naked when I arrive.”

Rock-on licked his lips, and his Adam’s apple bobbed.

For the remainder of the evening, every time I caught Rock-on’s eye, I winked. He’d look at his watch. Just before closing, Rock-on slipped up the stairs. When the last customer left, Con cleaned the bar, and I undid my apron. Con gave me a quizzical look as I mounted the stairs.

Rock-on’s voice had a slight tremor. “Dead O’Connor’s in here.”

Still through the door, I said, “Then, he won’t bother us.”

I opened the door. Rock-on’s nude body was a milk-white contrast to his deeply tanned face, arms, and hands. His clothes were in a pile near the door. It was obvious that O’Connor’s presence had cooled Rock-on’s ardor.

My eyes widened. “I thought you’d be happy to see me.”

I said, “What do you call that wee thing?”

Instinctively, he covered his flaccid self. He was plaintive. “You’re too far away.”

I chuckled, scooped up Rock-on’s clothes, and left, locking the door.

Rock-on banged after me. “You’re not leaving me in here alone?”

“You’re not alone. There’s a window and O’Connor has clothes for you,” I said.

Rock-on kept up with his banging and pleading. Con and I laughed and cleaned up for the next hour.

I guess the sight of Rock-on mixed with booze and had an effect on me. I moved close to Con. His eyes widened at first, then his hands enveloped me. We weren’t going to do it with Rock-on’s shouting, so we went outside and found a bed of soft grass in a cool field.

By the next morning, Rock-on had broken the upstairs window and climbed down naked from his perch. He left Killorglin probably in fear his nickname would be changed to Wee Rock-on.

Liam O’Connor’s body was found on the road between his farm and town. The undertaker wondered why O’Connor hadn’t been discovered for three days and was mystified that the corpse had stiffened in a seated position. He made an unsuccessful attempt to straighten O’Connor for the wake. I gave what remained of O’Conner’s money in Rock-on’s pants to charity.

The day after Con and I made love, I awoke with the headache from Hades and the never-again regrets over how much I’d drank. When I saw Con, he acted like we’d shaken hands the night before. I wanted to kick him in his O’Flaherty jewels. We’re still partners in the Pub. Things have gone just the same as before, as I said, like a bad marriage.