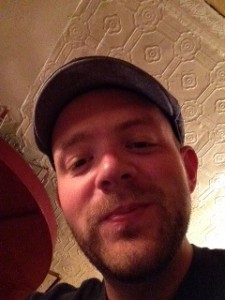 McIntire—the one with the skullcap and the chewed-up knuckles—brought his rifle to his shoulder and swept it side-to-side across the gulley below. The spot he’d chosen was called the Jut, because there was a natural tongue of land rolled out between two gashes, each with its own creek in it—what used to be the God-Almighty Greenbrier River. He knew that a beast would stop short on the tip of that piece of land long enough for him to sight a high-percentage shot from the bridge above. This was not how hunting had forever been done, not even how he’d had done it as a kid, but times were changing, and hunger has always called for innovation. Still, the sport had all but gone out of it.

Through his scope, McIntire saw the first animal, a fragile and panicked white-tailed doe, approaching the treeline halfway across the sandbar, and behind her, surprisingly, another. They bounded over the skinny piece of land until they reached the water, where they stopped and began pacing, side-to-side, unwilling to swim, but also unwilling to return in the direction they’d come. McIntire raised a dirty finger and the man beside him, Gordon, an ex-Guardsman and former mechanic, moved into position. “Me right, you left,” McIntire whispered, and then, “Three… two…,” and the snap of their rifles rolled across the top of the water and brushed against the grass. A crow screamed and left out from his tree.

McIntire had known plenty, prior to the war. He’d been an accountant, a man trusted by the community’s wealthy, a volunteer firefighter. He’d hung bags on doorknobs with the Cub Scouts, one of whom was his son, Liam, and he’d come back to get them, bursting with canned food for the homeless, a week later. He’d spent his summer weekends tarring the roofs of Little League dugouts behind the elementary school and clearing brush from the picnic area at Jefferson State Forest. An invaluable member of society, by any measure. But now, as he leaned on the hood of a rusted-out Mercedes, watching the deer below him stiffen and wheeze, his rewards for a life well-lived—beautiful house, sexy car, sleek, capable wife—seemed both embarrassingly selfish and totally out of context.

While the does bled out and bleated weakly on the Jut, McIntire and Gordon looked to the treeline and saw several others: a bear cub, a mangled fox missing a leg, a dog that looked to have some shepherd in him. They heard hooting and whistling, a man shouting “Here, dayr! Here, dayr! Yah, y’all fuckers!” and suddenly the treeline erupted with the terrified bodies of several dozen deer, dogs, and pigs, rushing the waterline head-on. Hetch, the third man in McIntire’s crew, appeared from the woods, swinging his machete around his head like a propeller and popping rounds off with a revolver. “Goddammit,” Gordon said, shouldering his rifle and peering at the bounty. “Goddammit Jesus, Macky, it’s Christmas. Holy shit.”

Before a rental truck exploded, leveling most of his neighborhood, Gordon had spent his days wanting. Divorced and broke, he passed miserable mornings in front of grocery stores, shaking a cup at people. He had skills, but back then, skill meant very little; most people had taken to fixing their own cars, so Gordon spent his days panhandling and his nights burgling country homes, searching for something to eat. Three years, he did that. And then one night, after the war was won, McIntire had been out on a security sweep and found Gordon hunkered down in the dank garage where he’d been living. The man was filthy—feral, McIntire thought—and muttering to himself, and McIntire could see he was on the brink of madness. When McIntire reached into his bag and handed Gordon a long strip of dog jerky, the man snatched it and gnawed at it as though possessed. He hissed a thank you through his brown and broken teeth. They became hunting partners and friends.

The animals stood in a writhing clump at the tip of the Jut. McIntire held his finger in the air so Hetch, fifty yards away, could see it. “Steady, Gordy,” he said. “We don’t need this much meat. Ain’t got nowhere to keep it.” He could easily see it was the biggest trap they’d ever set, more animals at once than probably any man had seen in years. But he knew that to slaughter them all would mean spoiling most of the flesh—refrigeration was a distant memory, after all—and to leave them would mean something to hunt next week, when they were hungry again. He knew Gordon was agitated about it; sweat dripped into his friend’s eyes and he had a sway in his stance. “We could give some away,” Gordon said. “We don’t know anybody,” McIntire said.

McIntire knew why Gordon balked at restraint. His loss had come quickly: his ex-wife and daughter had just pulled up to his building—visitation day—when the truck bomb rocked his street. In a single moment, he’d lost his home and his family, fucked up as they may have been, so he had a unique understanding that tomorrow was no guarantee. McIntire, for his part, had tended to an infected cut on his wife’s leg—shrapnel from a pipe bomb—for three full months before she died. His son, missing his mother, had refused afterwards to eat. It had taken him nearly a year to starve himself to death. McIntire’s suffering had been drawn-out, and now that was the only way he knew to do it. Hetch whistled impatiently and Gordon leveled his rifle. “Easy, Gordy,” McIntire said. “Think of next week. The week after that.” Gordon squeezed a little pressure on his trigger. “I am,” he said, and closed his eyes, and tried to breathe.